Future Duke of Marlborough, 26, and his wife the new Marchioness of Blandford, 31, share details of their breathtaking society wedding at the family seat of Blenheim Palace

The future Duke of Marlborough and his new wife have revealed details of their lavish society wedding two months after tying the knot.

George, the Marquess of Blandford, 26, married childhood sweetheart Camilla Thorp, 31, now Marchioness of Blandford, at the picturesque St Mary Magdalene Church in Woodstock, before continuing the celebrations at the family seat of Blenheim Palace.

The special day, which took place in early September, saw the guests – a who’s who of British society figures – treated to a relaxed reception beneath a marquee in the grounds of the palace before everyone donned black tie for a night in the Great Hall.

Speaking in an interview with Tatler magazine, Camilla, who met George when he was only 16, told how guests did not hold back when it came to the after party, which saw the couple crowd-surf and one enthusiastic guest strip off on stage. 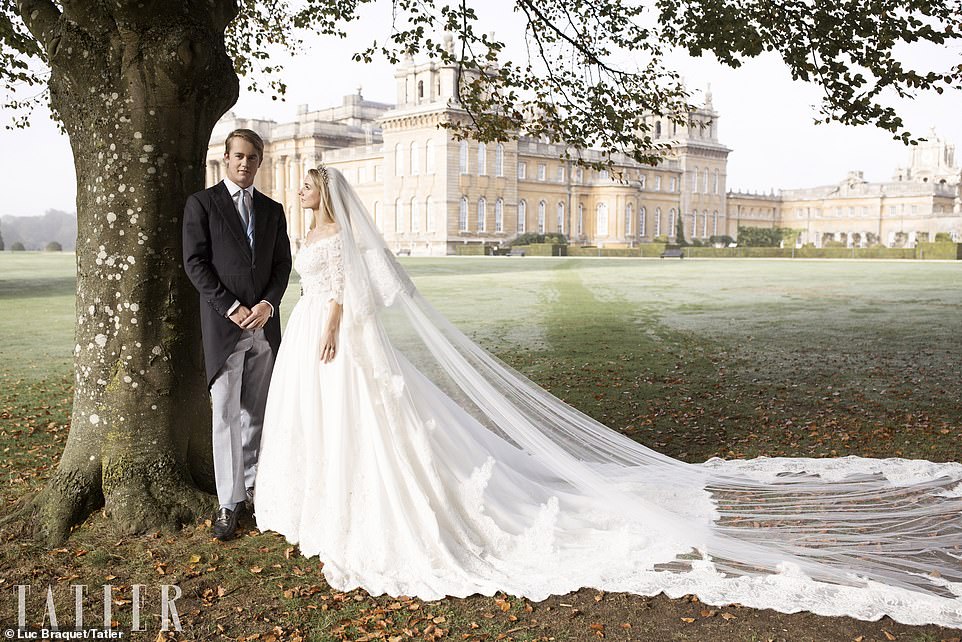 Fairytale day: George, the Marquess of Blandford, 26, married childhood sweetheart Camilla Thorp, 31, now Marchioness of Blandford, at the picturesque St Mary Magdalene Church in Woodstock, before continuing the celebrations at the family seat of Blenheim Palace. Pictured, George with Camilla in her Dolce & Gabbana Alta Moda wedding gown with Blenheim behind 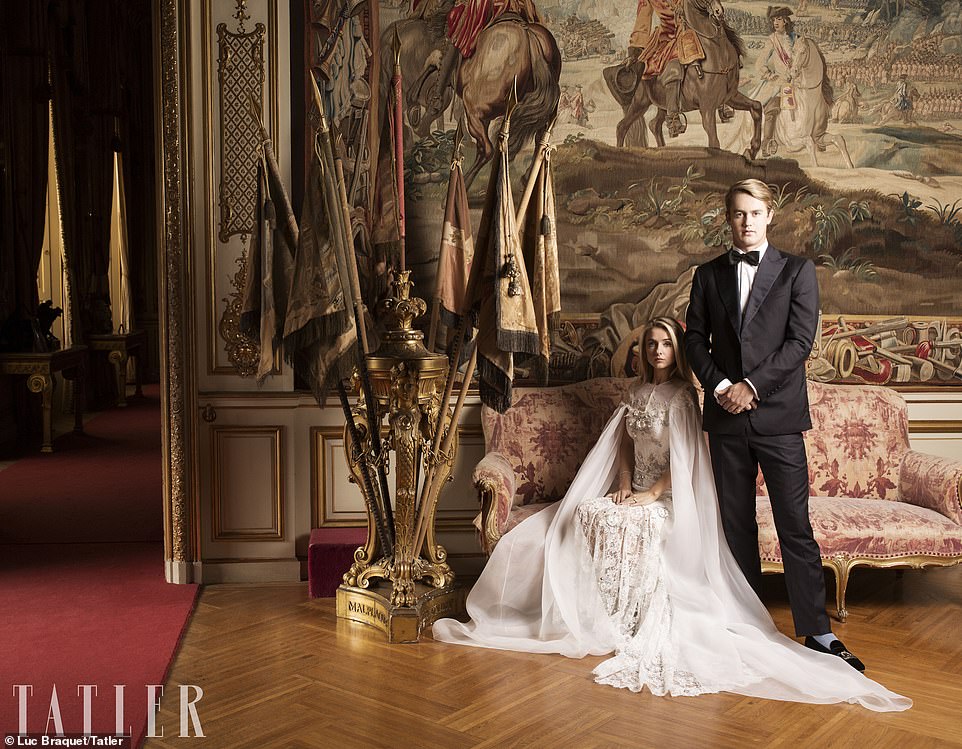 Simply stunning: Following the reception in a marquee, guests donned black tie as they continued celebrating into the early hours. Pictured, Camilla changed into a delicate lace gown and statement organza cape for the night-time festivities 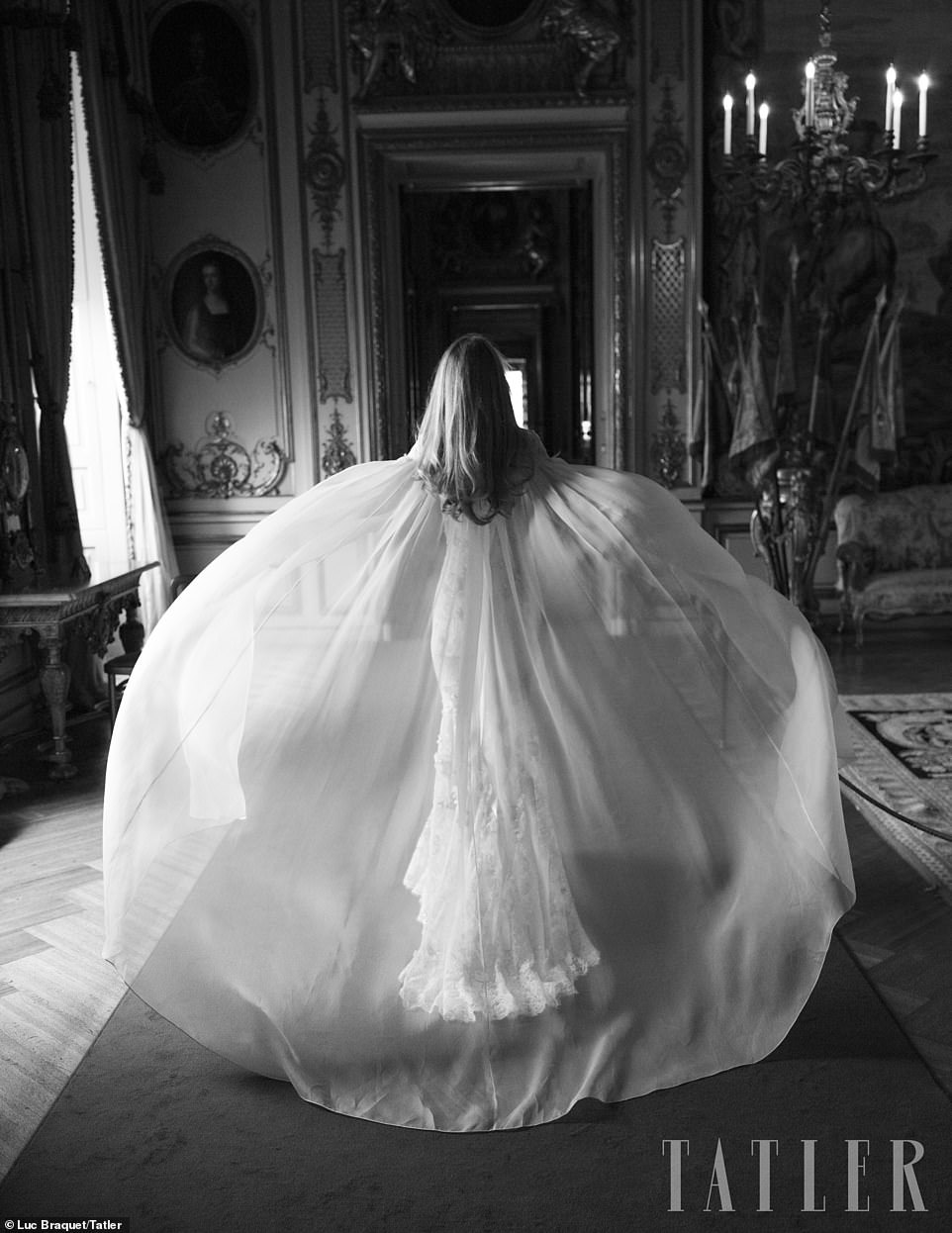 Floating on a cloud: Camilla Thorp, 31, now Marchioness of Blandford, shows off the drama of her organza wedding cape as she walks through the halls of the 18th century Blenheim Palace, which her husband George, 26, will one day inherit

Aviation broker and Old Harrovian George, 26, became Marquess of Blandford in 2014, following his grandfather’s death and was named last year by Tatler as one of the ’10 most eligible people in the land’.

His ties to the biggest names in British society are extensive and date back generations. George’s great-great-grandfather, the 9th Duke of Marlborough, was a first cousin of Sir Winston Churchill and was married to Consuelo Vanderbilt, of the prominent American Vanderbilt dynasty. The late Princess Diana was also George’s fourth cousin, once removed.

Well liked, George can often be seen entertaining friends behind the walls of his family’s eighteenth-century pile.

The aristocrat and polo player lives in leafy south-west London but will one day preside over the jaw-dropping 187-room Blenheim Palace.

He met Camilla while on holiday in the Isle of Wight 10 years ago. 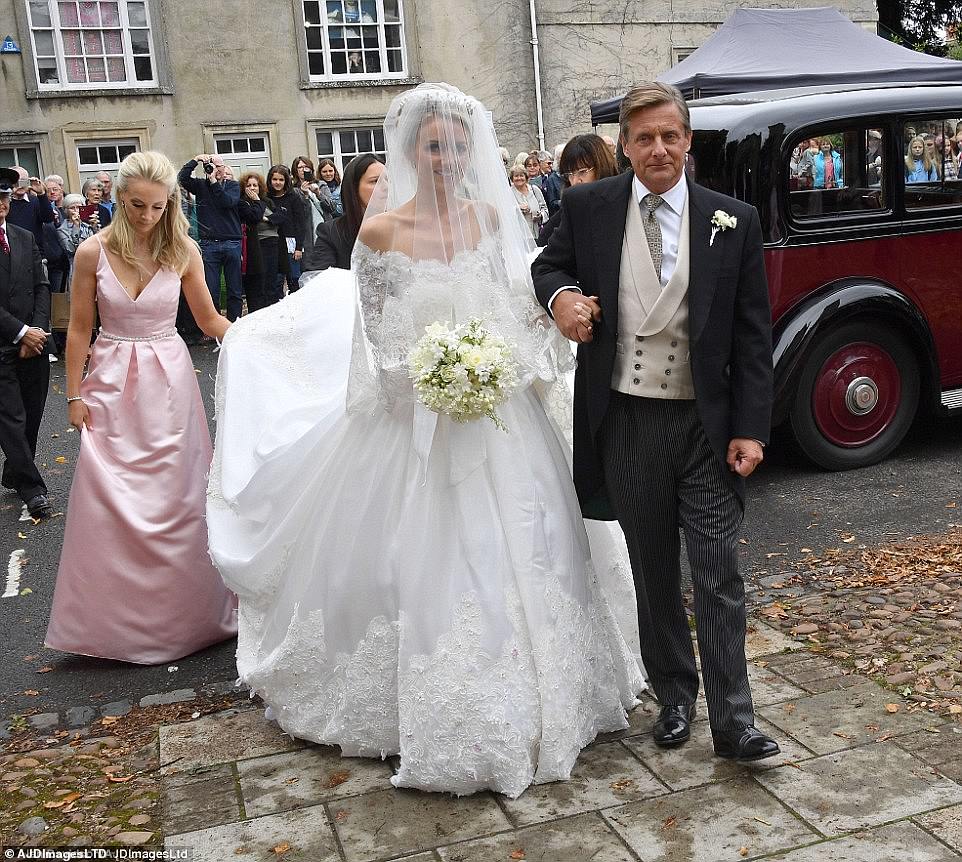 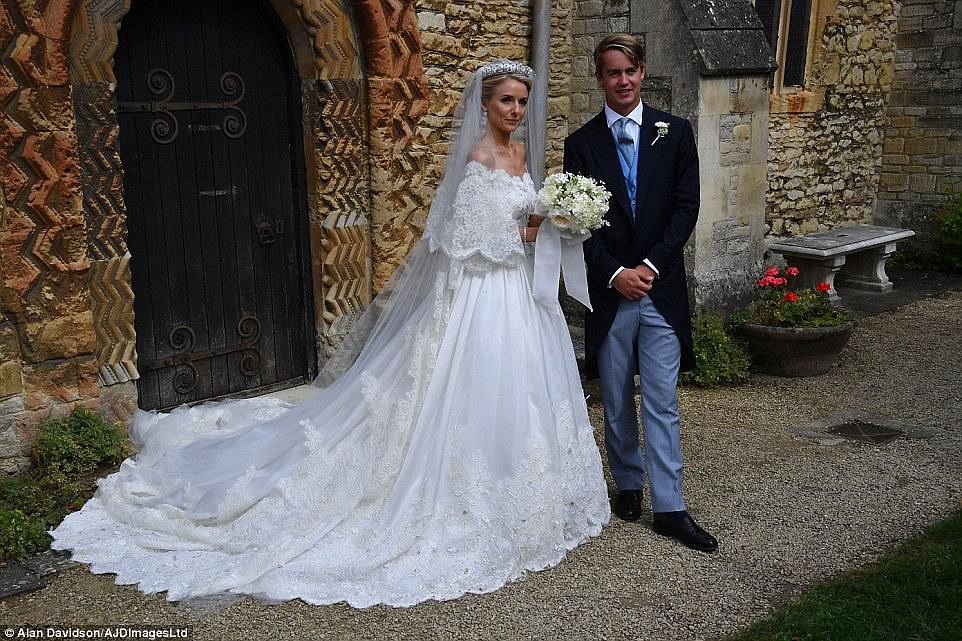 Just married! The couple, who met while on holiday on the Isle of Wight when George was only 16, tied the knot at nearby St Mary Magdalene Church, pictured, surrounded by friends and family. George proposed at Soho House Istanbul

Recalling how their relationship started, Camilla said: ‘One day he just started holding my hand. Our parents have been friends for years, which made life much easier. We didn’t have to do the whole “meet the parents” thing.’

George, son of James Spencer-Churchill, 12th Duke of Marlborough and his first wife Rebecca Mary Few Brown, popped the question at Soho House, Istanbul, and the couple set about planning the wedding.

Camilla, who did not hire a wedding planner, explained she had always thought she would marry at her mother’s Hampshire home but that her husband-to-be ‘thought it important for us to celebrate Blenheim’. 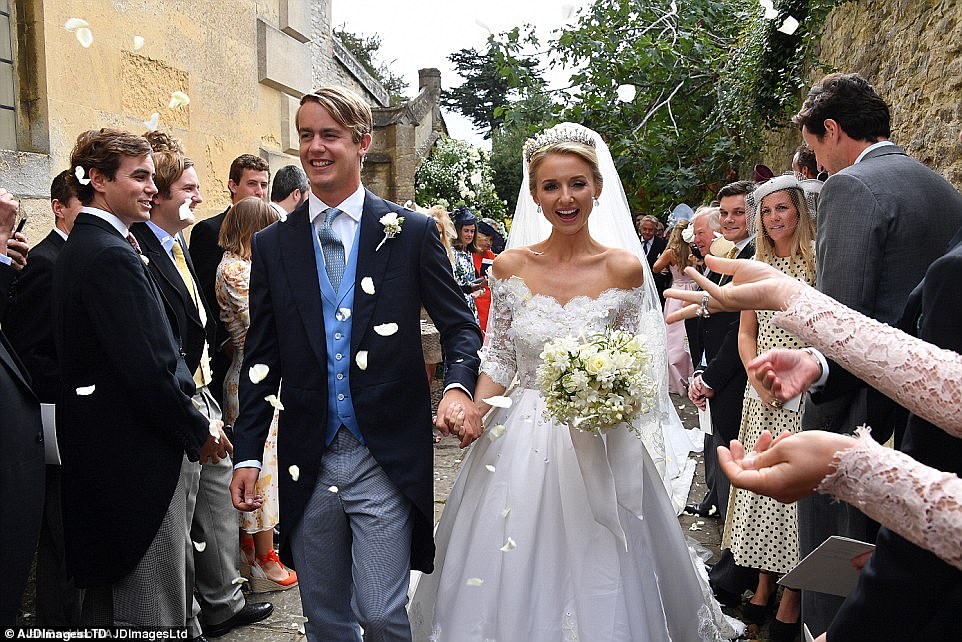 Mr and Mrs! George and Camilla were the picture of newlywed bliss as they left the church and led guests back to the reception at Blenheim Palace. Camilla, who wore a tiara for her big day, designed the wedding without the help of a planner 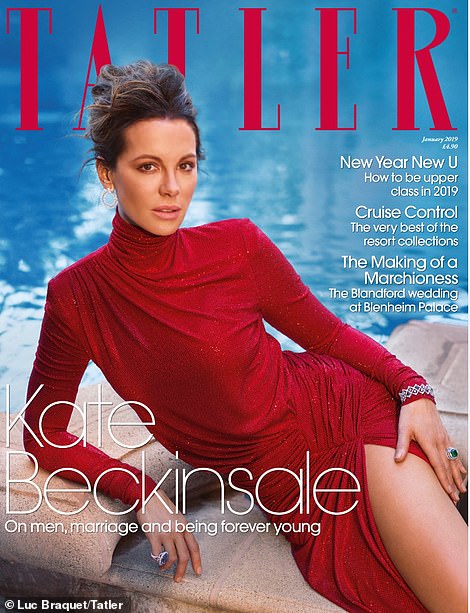 Opening up: The couple share details of their big day in the new issue of Tatler magazine, pictured

The couple tied the knot at nearby St Mary Magdalene Church before heading back for a party beneath a marquee on the palace’s South Lawn.

Interior designer Camilla was given away by her father James, an architect.

After the ceremony, the couple celebrated with friends and family at the palace, which is set in 2,000 acres.

Sharing details of the day with Tatler, the couple revealed how guests sampled dishes from high-end food stalls before donning their black tie finest for drinks in the historic Great Hall.

A three-course dinner followed, before the festivities continued with a ‘full-on dance party’ – complete with a fireworks display, a magician and helium balloons over the palace ponds.

For the evening, the bride changed into a gorgeous lace gown and organza cape -a perfect princess creation for a fairytale day.

See the full feature in the January 2019 issue of Tatler, available via digital download or on newsstands now http://www.tatler.com/

Mother hits back at troll who brands her stockpiling as 'disgusting'