Officially called a “Google Doodle,” the search giant often replaces its logo for a day with colorful graphical representations to commemorate holidays, achievements or birthdays of notable people through history.  They even have an annual Doodle 4 Google contest for kids to create representations of the Google logo. Wednesday’s gray Google logo is notably more solemn and subtle in honor of the 41st president. 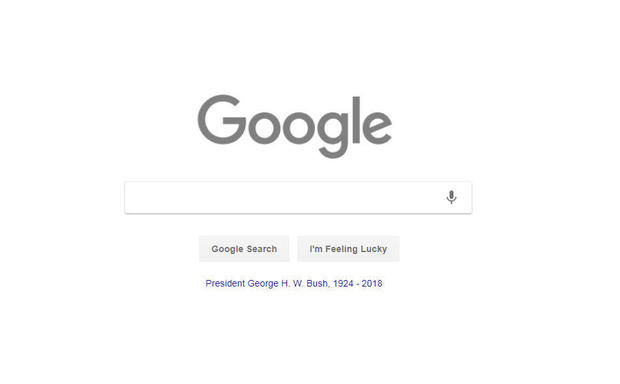 Wednesday was designated a national day of mourning, with many closings across America. Post offices will not deliver and the stock markets will be closed Wednesday in observance of Mr. Bush. Many government workers are also excused from work “to allow Federal employees to join their fellow citizens in remembering our 41st President of the United States.”