Well, well, well. Despite a epically pitiful build-up that can only be described as a brace-for-impact disaster, the 91st annual Academy Awards ended up providing a slew of shining OMG-did-you-see-it-can’t-believe-it moments.

All eight best picture nominees won at least one trophy on Sunday, February 24; Bradley Cooper and Lady Gaga practically copulated on stage; Spike Lee finally nabbed his Oscar after getting shut out for 30 years; and Black Panther — the likely winner of that popular Oscar category that was called off back in September — won three trophies. Here are the night’s five biggest shockers. Rocketman, The Irishman and The Lion King in 2020?

1. Green Book Takes the Big One

It’s Driving Miss Daisy in reverse. It oversimplifies race relations from the 1960s. It’s not socially or politically relevant. It’s no cinematic work of art. These were just some of the criticisms of the road-trip buddy movie that depicted the real-life friendship between an Italian bouncer (Viggo Mortensen) and a black classical piano player (best supporting actor winner Mahershala Ali). But the dramedy — that had so little buzz going into the Toronto International Film Festival that it premiered on a low-key Tuesday afternoon — managed to beat out more buzzy favorites Roma and Black Panther. I suspect old-fashioned Academy voters might have been apprehensive about giving a best picture trophy to Roma, which is streaming on Netflix, drawing people away from the theater. (Plus, Roma is a much more challenging sit.) And they figured Black Panther’s reward may be its $1 billion box-office gross. Also, never underestimate the appeal of a true feel-great crowd-pleaser. 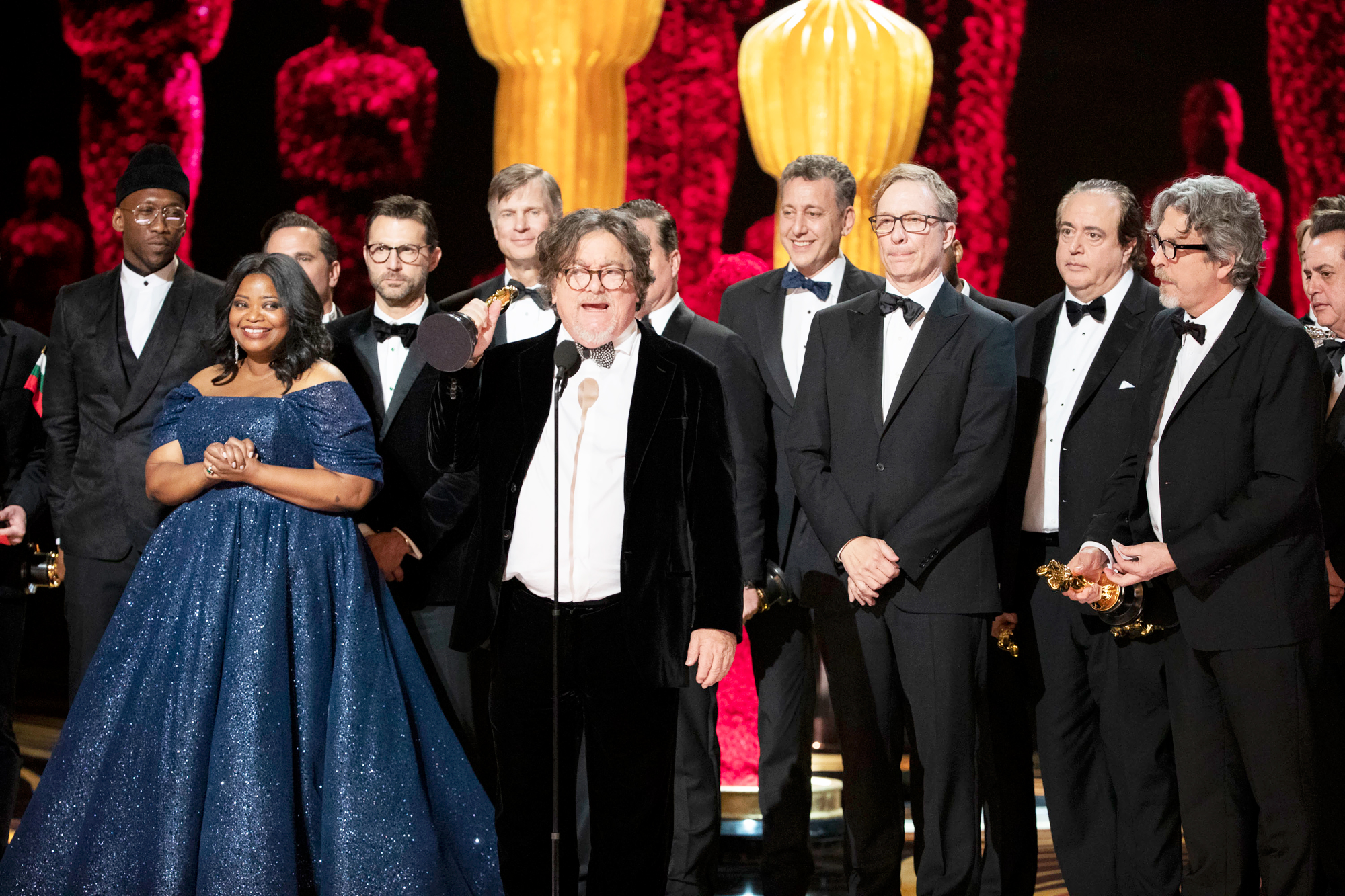 And Glenn Close even selected a glittery gold gown, for crying out loud! Alas, the seven-time nominee and heavy favorite is still waiting for her first trophy. Instead, Olivia Colman was the surprise (and worthy) best actress winner for The Favourite. What happened? Her Queen Anne was a dishy, outrageous role in a popular art-house movie; meanwhile, Close stayed repressed and cool for most of The Wife, a smaller indie that came and went over the summer. Even Close’s biggest supporters might have secretly admitted that the win would have been more of a lifetime achievement award. Still, the immensely talented and versatile Close should take heart that even perennial nominee Susan Lucci eventually won.

Show of hands if you were once 100 percent certain that Bradley Cooper would take the stage on Oscar night. Only you thought he’d be accepting an award for A Star Is Born, not sitting on a stool and singing with Lady Gaga. The actor/director/coproducer/cowriter, who transformed himself into doomed rocker Jackson Maine, ended up going home with only girlfriend Irina Shayk on his arm. (The fact that A Star Is Born, a onetime frontrunner, had been shut out from the top awards from the Golden Globe Awards to the BAFTAs was a troubling harbinger.) Lots of Cooper smiles, though — especially when Gaga accepted the best original song award for “Shallow.” And their performance was so deeply intimate that if you told me that Gaga was pregnant with Cooper’s baby after those three minutes on stage then I’d believe you.

On the night befit for Hollywood royalty, it was Queen that ruled the court. First, the iconic British rock group, joined by Adam Lambert Opens a New Window. , opened the show with a rousing “We Will Rock You/We Are the Champions” two-fer. Then Bohemian Rhapsody, the much-maligned biopic about original front man Freddie Mercury, scored four Oscars, including best editing and best actor for star Rami Malek Opens a New Window. . We even got a Wayne’s World reunion out of it. And heck, only winners’ mothers and grandmothers got more overall shout-outs than silver-haired Queen guitarist Brian May. It bears repeating: Bohemian Rhapsody was cinematic roadkill after controversial director Bryan Singer was fired during the production in 2017. Amount of times he was thanked? Zero.

The last time the Oscars went hostless, Snow White and Rob Lowe opened the show by singing and dancing to “Proud Mary.” Yet, even though the bar was scary-low, the 2019 Oscars managed to be brisk and breezy. Tina Fey Opens a New Window. , Maya Rudolph Opens a New Window. and Amy Poehler Opens a New Window. set the tone with some sly barbs, followed by an array of rom-com worthy presenter banter. (Awkwafina and John Mulaney. Cast it. Go.) Best picture snippets, acceptance speeches, musical performers, the end. Jettisoned were the extended monologue, mid-show snacks for the audience, the “man on the street” bits, the montages and the awkward presenter introductions that inevitably fall flat. And guess what? Few people missed the gimmicks — or the usual end time that tends to hover around the midnight mark. It took 91 years, but maybe we’re on to something. Now, about those winners that still read from a piece of paper.