When you declare your college major, there’s no box you can check to become a professional cat cuddler, ice cream taste tester, or cat video maker. Heck, you probably never even believed those kinds of careers could exist — but they do. In Elite Daily’s new series, I Have The Job You Want, we’re bringing you all the details on what it’s like to work in some of the most ridiculous, unbelievable, and totally envy-inducing fields you never thought possible. These are #careergoals, for real.

In the past, 9-to-5 office jobs might have been the norm for many, but in 2018 it’s pretty obvious that workers are taking control of their own career paths. Crystal healer and expert Heather Askinosie, 51, is the perfect example. In 2000, Askinosie created her crystal company, Energy Muse, as a way to help people navigate their lives and provide the tools to do so. Whether it’s someone trying to match a specific crystal their energy field or just looking for a beautiful home decoration, Askinosie’s job is getting to know each customer one-on-one and helping them find the stone that suits their needs perfectly.

Since starting her business 18 years ago, the crystal connoisseur has been able to spend her days traveling, meeting new people, and avoiding the typical 9-to-5 lifestyle. According to Askinosie, her typical day is her favorite part of her job because it’s filled with a wide range of people and is a constant surprise. One day, it may be a high-profile celebrity asking for help with their energy fields and the next, it may be a young child asking for crystals. Feeling unlucky in love? Askinosie might recommend a rose quartz to clients wanting to find a special someone. Or, for those looking to relax and find some much needed clarity, an amethyst might be the best bet. No matter who the client is, or what they’re searching for, Askinosie is there to help.

"I have people from every walk of life. From somebody who’s living on welfare to someone who has more money on the planet, but guess what? Everyone has the same stuff," Askinosie says in an interview for Elite Daily. "So, my day is diverse; it’s full of the colors of people, but the one common denominator is the crystals." 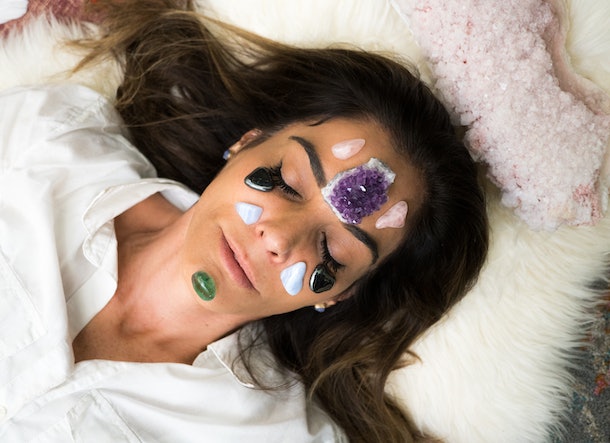 The crystal business has definitely become popular over the past few years, but Askinosie wants to push away from the perception that these stones alone have the ability to change lives. Instead, Askinosie sees these products as tools to help individuals evaluate their current lives and consider how these stones could benefit them. Ultimately, it’s up to the individual to make change themselves, not give all the power to the crystals.

"[Crystals] are tools that will help you start asking questions about yourself," Askinsosie says. "Crystals are a tool, an ally, they’re something to hold onto, but if you give it the power of changing your life in these drastic ways without putting any ownership in yourself, then you’re giving your power away."

While these tools can provide some much-needed clarity in individuals’ lives, Askinosie says that crystals mean different things to different people. "For some people they’re healing, for other people they’re pretty rocks that look great on a living room table," Askinosie tells me. "Who am I to say which one is right or wrong? It’s right for the person who’s engaging with it." 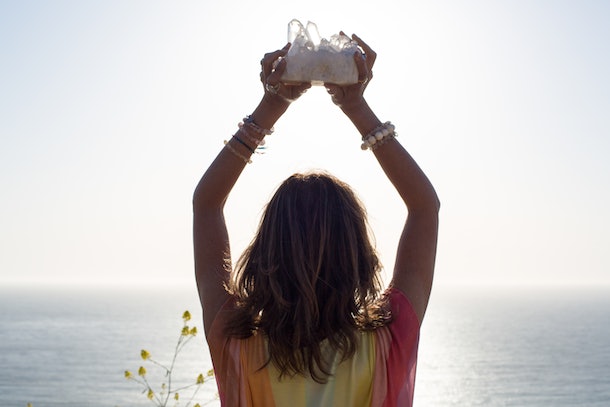 Askinosie is definitely living the millennial dream at the moment, but selling crystals wasn’t always the career she (or her parents) expected her to pursue. After graduating from college, Askinosie started working in real estate, but her interests started straying elsewhere when one particular client introduced her to the importance of feng shui in a home and the energies that go along with it.

"I realized that there was this invisible world you could not see, but it was a world that definitely existed," Askinosie says.

Discovering crystals served as a huge turning point in Askinosie’s life. When she was 29, the then-realtor started questioning the fulfillment she was getting out of her work. From there, Askinosie’s journey into healing and navigating grew when she stumbled into a rock store one day in Southern California and discovered an amethyst. At first, Askinosie was drawn to the stone only because of its beautiful appearance, but once discovering it could provide benefits such as balance, relaxation, and clarity, she was sold.

"If you saw my resume on paper you would think that I had it going on, but inside I was a complete mess," Askinosie says. "I wasn’t happy. I wasn’t content. I knew there was something more. For me, I could get my head around crystals because it was energy in a tangible form and a tool to help me get on a path so that I could know myself enough to know what I wanted in my life." 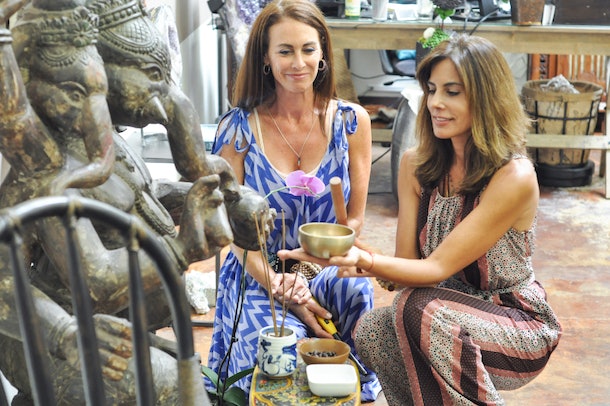 After traveling the world and learning from the best healers in the business, Askinosie decided to venture out on her own by starting her own business out of the trunk of her car. The DIY businesswoman started becoming known around Southern California for her special "prosperity necklaces," and she started to build an impressive client base out of humble beginnings. However, two years into selling these products, Askinosie admits the immediate success of their business distracted her and her business partner, Timmi Jandro, from why they started it in the first place.

"Once word got out, the first two years of business was so easy, but I think that was a curse," Askinosie says. "We started taking things for granted. We thought we were all that, but when we forgot the gratitude, the part of why we’re really doing it, and got into the ego, we had to learn some lessons."

Even though Askinsoie was basking in her newfound success, she soon found out that not everyone understood working with crystals as a career path. Once she started becoming more open and public about her business, the stigmas against crystal healing and those associated with the practice became more apparent to her. According to Askinosie, she’s often called a "witch" by those unfamiliar with what she does, and while that used to bother her, her self confidence and love of what she does overpowers the negative energy.

"It used to bother me, but everyone’s going to have their opinion and everyone is entitled to it," Askinosie states. "But I know who I am and what I’m here to do: spread the light, however that is."

Although Askinosie still deals with those stereotypes, she does believe that her career path has become less stigmatized over the past two years. In cities such as Los Angeles, New York City, and London, the conversation about crystal healing as a career path is becoming more normalized. And Askinosie does believe that changes are beginning to happen in other, less-populated areas as well. 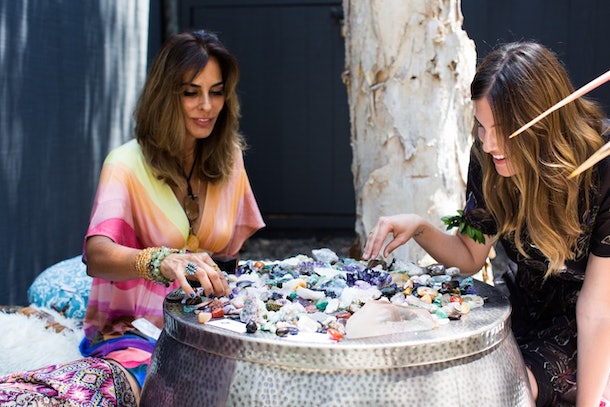 From beginning in real estate to starting her current career in the back of her car, Askinosie is no stranger to life lessons. However, she maintains that she wouldn’t change anything about the lessons she’s learned, and says she believes staying authentic and mindful is the key for any successful career.

"I look at lessons as opportunities to grow," Askinosie says. "I think it’s about being authentic. You really need to know who you are and what you want to represent and what you want to say. Not everyone is going to like you, but once you have conviction of what you’re here to do, it won’t matter."