Stacked inside folder upon folder are written and typed statements from Mr Wright's family, from his former associates and from those who called him a close friend.

Numerous officers have tried to find out how or why the much-loved brother and son vanished without a trace from Rosanna one September day in 2003, aged 27, leaving behind his heartbroken parents Nick and Jenny, younger brother Hayden and prized rottweiler Georgia. 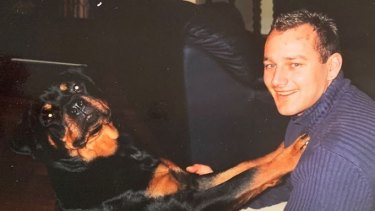 If alive, Mr Wright would now be 43, and there are suggestions he could be living somewhere under the alias "Brien Hunter".

For Leading Senior Constable Elzink, it's a case he cannot put down.

"I haven't personally come across a case like this before. I took it on in March [and] have received volumes of information, folios of evidence and statements from friends and family that have been gathered along the way," he said.

"My job is to go through and review each of those statements and see if anything's been missed.

"It's not beyond the realms of possibility that he's decided to go under an assumed name and could be living anywhere in the country."

As a suburban detective, Leading Senior Constable Elzink is used to dealing with criminals and people tied up in dodgy dealings. 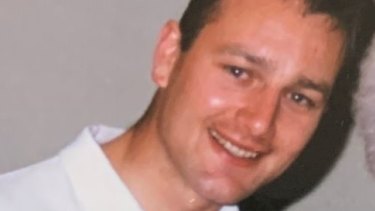 Mr Wright vanished without a trace from Rosanna in 2003.

"He was very into his gym, a bit of a gym junkie, and was involved in the security industry," Leading Senior Constable Elzink said.

"He also had a partner … and a dog when he disappeared … which is unusual, as apparently they were inseparable. That raises some red flags in itself.

"Someone out there will know something. We're talking 17 years now for this to play on people's consciences and they're who we're appealing to. Come forward."

In Australia, more than 38,000 missing persons reports are received by police each year. While most people are found within a short time, there remain about 2600 long-term missing people across the country.

From Sunday, National Missing Persons Week aims to raise awareness of the impact a long-term case can have on a family and its community.

Leave A Light On founder Suzie Ratcliffe's sister Joanne was abducted from Adelaide Oval in 1973 and has never been found.

Ms Ratcliffe said while many missing persons cases each year were forgotten, the families involved lived with the pain every day.

"National Missing Persons Week is incredibly important for families. [They] rely on the public, not only to never forget them but also in the hope a missing persons story reaches someone who has information, to bring them home to their family.

"We're trying to give them a voice."

DO YOU RECOGNISE THESE FACES? 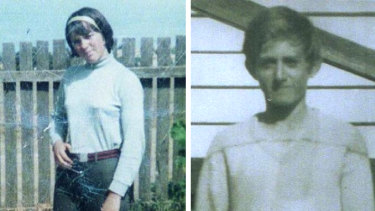 Maureen Braddy (left) and Allan Whyte, who both went missing in November 1968. Credit:

The Bendigo teenagers both vanished after leaving a dance at the local YMCA about 9pm on November 23, 1968. The pair declined an invitation to attend an after-party, with Allan telling others at the dance he planned on taking Maureen home. No one has been charged over the disappearance but police have investigated a number of suspects. A $1 million reward is on offer for information that helps solve the case. 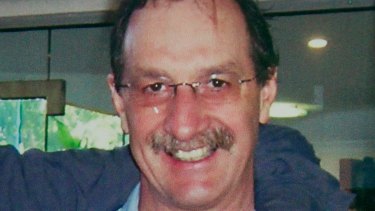 An avid hiker, Mr Meyer disappeared on March 23, 2008, while hiking in the Dom Dom Saddle area of the Yarra Ranges, north of Healesville. A much-loved husband, adored father and a cherished grandfather to grandchildren he has never met, his family dearly want to know what happened to him.

Mr Dymott seemed to simply vanish from his sister's Mt Eliza home on the afternoon of January 10, 1999. The then 26-year-old was supposed to be walking to the shops but he never returned. His family have spent the past 21 years searching for him. 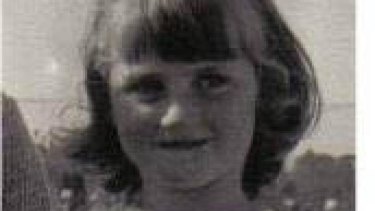 Linda Stilwell was last seen in St Kilda in 1968.

On August 10, 1968, Linda had spent the day at the St Kilda foreshore playing with her brother and sister. Linda's sister returned home, but the other two children remained behind. Linda and her brother became separated and by the time her brother had the chance to notify their mother and travel back to the area, Linda was gone. A bright and bubbly young girl, Linda is dearly missed by her family.

Anyone with information on a missing person is urged to contact Crime Stoppers on 1800 333 000.

Rent in cities like NYC and San Francisco is so expensive that it's pricing people out of the real-estate market, and some of them are turning to houseboats instead