Almost every soda enthusiast out there has discovered the classic concoction of lemonade and Sprite, and the delicious outcome has just been released in the form of a ready-to-drink bottled beverage. Don’t worry, the original Sprite you fervently knocked back as a kid is still sitting on grocery store shelves as we speak (phew!), but the brand’s latest drink — cleverly dubbed "Lymonade" — is pretty much everything I could ever want. So if you haven’t already stocked up on it for yourself, here’s where to buy Sprite Lymonade for a tasty combination of those two classic drinks.

Back in the day when parties solely consisted of pizza and soda, I was always that kid aggressively combining different flavors of pop… before experiencing the sugar rush of a lifetime, that is. Anyway, as you could imagine, the new Sprite Lymonade is the bomb.com, combining the classic citrusy flavors of lemonade with lemon-lime Sprite soda into a tantalizing on-the-go bottle. Yum.

Sprite Lymonade began rolling out on Feb. 25, 2019, according to BrandEating, and Coca-Cola, the company that owns Sprite, tells Elite Daily that Lymonade is now available at a wide range of national retailers. Instagram user @brattylikestoeat found it at Race Trac, a southern U.S. convenience store, and @mnmtwinz found it at a bodega in New York, New York. This online product locator will help you find your nearest retailer if you aren’t sure where to get yours. Anyway, if you just can’t wait for it to hit your local grocery shelves, no worries — you can also bid for it on eBay. So put in that bid ASAP, my sugar-lovin’ pals — there’s an ice cold one out there with your name on it. 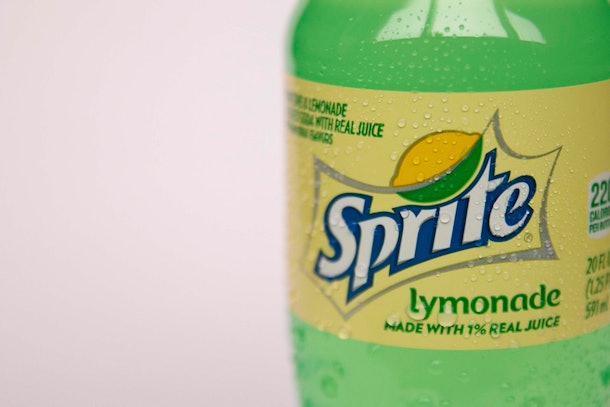 It turns out that Sprite Lymonade was actually created because of all the highly ambitious soda scientists out there, who are just like you and me. In fact, according to Coca-Cola Company, the brand discovered Twitter’s obsession with the combination at the end of 2018, and that inspired Sprite to retweet almost 50 odes to the drink.

In a company blog post, Ryan Hughes, Sprite’s associate brand manager, said Twitter’s dedication to the drink hybrid is too real, so they figured this would be a solid opportunity for the brand to create something totally new.

Check out a few Twitter responses that Sprite retweeted, below. I’m honestly feeling connected to each and every one of these people on another level.

Instead of just kicking back and admiring all of the (well-deserved) praise, the Coca-Cola Company ended up going ahead and releasing 20-ounce bottles of the crave-worthy combination, in the regular version and the soon-to-be diet form, according to the company announcement. Starting in March, you’ll also be able to find it in Coca-Cola Freestyle machines in a variety of flavors, including peach, strawberry, and raspberry. Your wish is Sprite’s command, you know.

And in case you didn’t know about the healing powers of Sprite, it’s apparently one of the most effective hangover cures. That’s right — researchers at Sun Yat-Sen University in China’s Guangzhou province determined that Sprite is one of the most efficient drinks to cure a hangover. When you drink, your liver releases an enzymes called ADH and ALDH, and they found that most herbal drinks increase these levels for a longer lasting hangover. Sprite, on the other hand, speeds up the ALDH process, which breaks down alcohol more quickly. So stock up on Spite, ladies and gents — it’s definitely what you’ll be needing after this weekend.

Sprite and lemonade: who knew that one day, your favorite concoction would be released in bottled form? There is no doubt in my mind I’ll be snagging 12-packs of Lymonade upon their wide release, and you can bet your bottom dollar they’ll be the cure to each and every one of my hangovers. Seriously a life-saver.

How Long Is Mary Poppins Returns? Let's Just Say, You Might Want to Skip the Large Drink