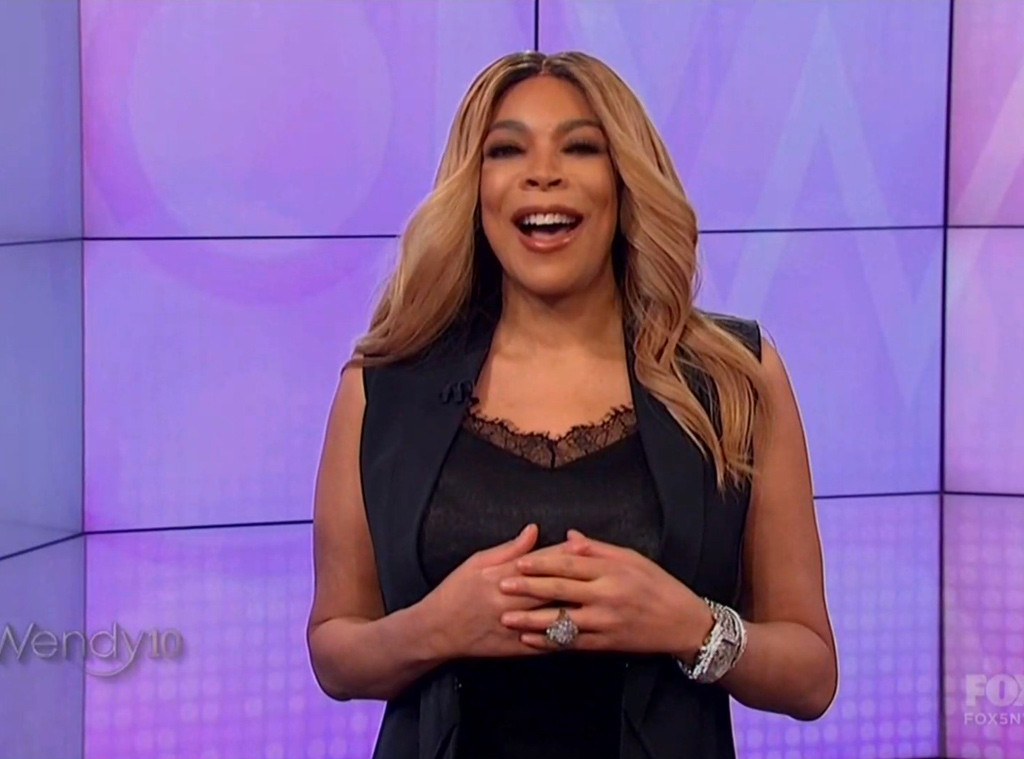 As many pop culture fans know, Wendy Williams has experienced her fair share of “Hot Topics” in recent weeks. One main headline is her relationship with husband Kevin Hunter.

While The Wendy Williams Show host has assured fans that their marriage is doing a-okay, some viewers are raising eyebrows today.

On Thursday’s all-new show, Wendy appeared without her wedding ring when she discussed a variety of topics including Jennifer Lopez and Alex Rodriguez as well as The Real Housewives of Beverly Hills‘ latest episode.

At the same time, viewers can’t help but remember when Wendy made her return to daytime TV in early March after a two-month hiatus.

While addressing the rumors surrounding her marriage, Wendy made it clear that you can’t believe everything you read.

“I want to shout out to my husband. I’m still wearing my ring,” she pointed out. “Believe me you, when you’ve been with somebody for 28 years…married for 25 years…we know each other. He’s my best friend, he’s my lover, he’s all this and he’s all that. I know what you’ve been seeing and I know what the streets have been talking about.”

Wendy continued, “Anybody who’s been married for 5 minutes or 500 years, you know marriages have ebbs and flows. Marriages are not easy. Don’t ask me about mine until you see this [ring] gone and it ain’t going anywhere—not in this lifetime.”

It’s been a season full of rumors and headlines for Wendy and her family as she continues to focus on her sobriety by living in a sober house.

“There is such a stigma to substance abuse,” Wendy previously shared on her talk-show. “Everybody thinks it’s going to be the bum on the corner or whatnot and whatnot… Sometimes you just need to go someplace and get one with your sobriety and your 12 steps.”

Amy Poehler & Maya Rudolph Presented At The 2019 Golden Globes, So You Can Die Happy