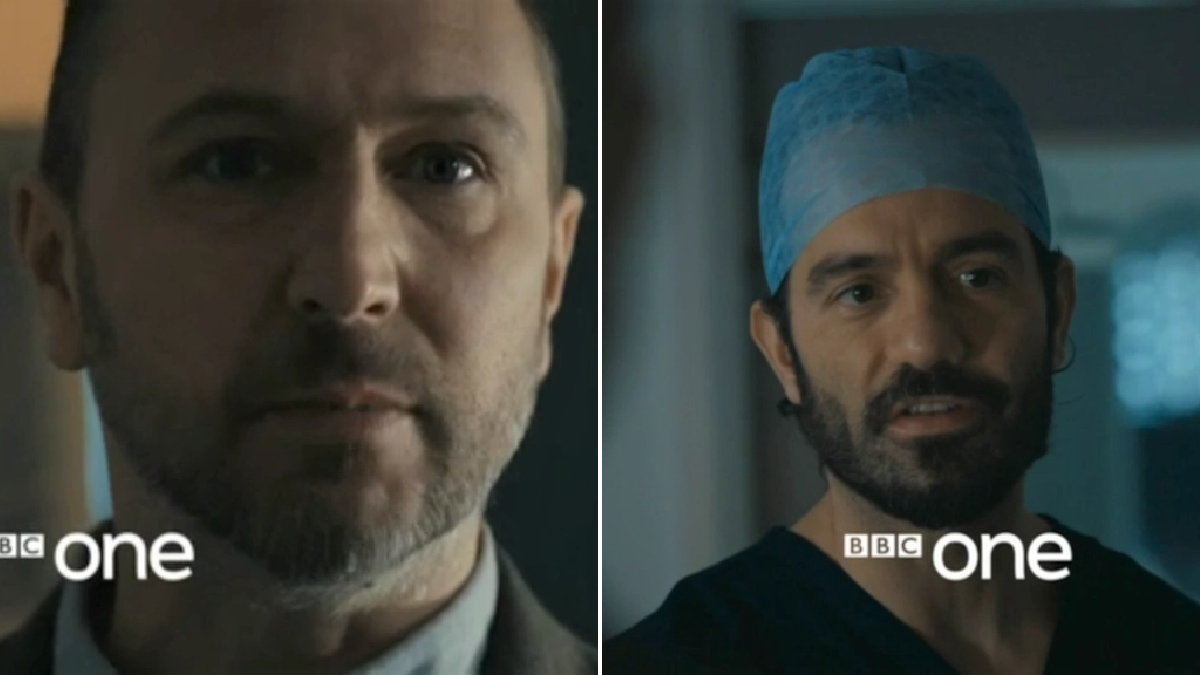 A Holby City trailer has been released that shows some huge upcoming scenes as Evie Fletcher (Phoebe French) and Andrei Tarpov (Sonny Poon Tip) are stabbed after disappearing from the hospital in tonight’s episode.

After Connor discovered the truth about Andrei, the teenager grew paranoid his drugs gang would find him.

A desperate Kian tried to calm Andrei down but after a confrontation with Lucky (Vineeta Rishi), Kian was punched to the floor by Fletch (Alex Walkinshaw) after realising Evie and Andrei had ran away.

It’s a very brief trailer that’s for sure but it opens with a horrified Fletch discovering his daughter and Andrei have been stabbed.

‘This is all your fault!’ Fletch says to Kian as Evie is taken into surgery.

Despite Kian’s poor state of mind and reliance on drugs, he’s convinced he can save Evie in theatre, but it appears he could be watching from the sideline as Fletch tells him if he enters theatre, ‘he’ll drag him out’ himself.

Next week’s episode promises to include intense, dramatic, heart-breaking and upsetting scenes.

Will Andrei and Evie both make it out of surgery alive?

‘If anything happens to her, you’re a dead man’ Fletch told Kian tonight.

How will Fletch cope if Kian’s actions cause Evie’s death?