Last month a viral tweet about Kenneth Branagh’s upcoming Agatha Christie adaptation Death on the Nile – a film whose release has been routinely delayed by almost two years due to the pandemic – highlighted an ever-increasing Hollywood challenge.

“Death on the Nile is going to have a very awkward press tour,” quipped Slash Film critic Chris Evangelista, posting a still from the film featuring leads Armie Hammer and Gal Gadot in embrace. His comic timing was impeccable.

Earlier that day, Gadot – no stranger to public backlash following her infamous cover of Imagine during COVID’s first lockdown – had sparked a furore on social media with a tweet decrying the violence in Gaza, one many considered disingenuous considering her long-established support for the Israeli government and the fact she completed two years of mandatory military service in the Israel Defense Forces in her youth.

Hammer’s career, meanwhile, was already in tatters. After a bizarre online scandal in January found him trending alongside the word “cannibal” after private sexts were leaked and a woman came forward accusing the actor of rape and physical abuse, which he has denied.

The stars’ pairing in the same film triggered nervous mirth. Hollywood productions are hulking beasts with the maneuverability of an iceberg, and whose success is at the mercy of public opinion. So what is distributor 20th Century Studios, owned by the family-friendly Disney empire, supposed to do? Is there even a fix? Will the film be shelved altogether? 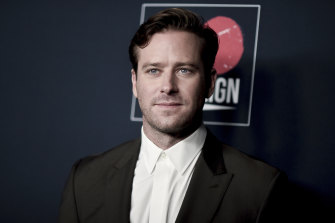 How do you salvage a multi-million dollar production and countless industry jobs from the box office poison of a cancelled star? Already, the solutions have been manifold.

The ideal route, time-permitting, is to simply remove and replace the offending party before the project moves any further.

Following his January scandal, Hammer was quickly dropped from Shotgun Wedding, a romantic comedy he was due to begin filming with Jennifer Lopez, and replaced by actor Josh Duhamel. He was also ditched from The Offer, Paramount Plus’ upcoming series on the making of The Godfather, in favour of Miles Teller. With Hammer out, the projects continue unabated.

Director Olivia Wilde got the jump on public scandal last year thanks to a “no assholes policy” on her sets. When actor Shia LaBeouf reportedly challenged her team approach in the early stages of her new film Don’t Worry Darling, Wilde had him fired and replaced with Harry Styles. Just three months later, LaBeouf was unhireable after his former partner, British singer FKA Twigs, sued him citing “relentless” abuse.

But not everyone has Wilde’s powers of clairvoyance or expert judgment of character. For those with a budget and technical savvy, CGI and green screen have been godsends.

Echoing Ridley Scott’s trailblazing decision to digitally replace disgraced actor Kevin Spacey with Christopher Plummer in 2017’s All the Money in the World, husband and wife filmmaking team Zack Snyder and Deborah Snyder tried a similar tack in their new zombie film Army of the Dead, which premiered on Netflix last month.

After original star Chris D’Elia was accused of sexually harassing and grooming underage girls online last June, which he has denied, the Snyders got Netflix’s okay to “spend millions of dollars” to digitally erase D’Elia and stage reshoots with popular comedian Tig Notaro, who was inserted into scenes with castmates she’d never even met.

“It was an expensive [decision],” Deborah Snyder told Vanity Fair, adding: “I will say, Netflix did the right thing. They put their money where their mouth is.” 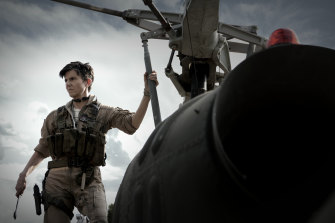 If such action is prohibitively costly, a riskier proposition is to bury one’s head in the sand and hope no one notices or cares.

When Joss Whedon’s The Nevers premiered on HBO in April, it was already tarnished, released after a slew of Whedon’s former charges – most notably Ray Fisher (Justice League) and Charisma Carpenter (Buffy) – accused him of “abusive” and “toxic” behaviour on his sets.

In February, HBO chief Casey Bloys tried to downplay Whedon’s involvement in the series, noting that Whedon exited the show in November and was replaced by new showrunner Philippa Goslett. “I think there’s no reason to delay it or not put it out there,” he told Entertainment Weekly, a decision he must regret with hindsight. Reviews for the series were dominated by scrutiny around Whedon’s involvement, or as The Ringer’s emblematic take put it: “The Nevers can’t escape Joss Whedon’s shadow, for better or (mostly) worse”.

Replacing an Armie Hammer is one thing but, as The Nevers learned, moving forward on an auteur-driven project without even addressing the elephant in the room is insanity. As Aziz Ansari’s Master of None shows, the most enlightened decision might be to just hand over the reins completely.

In the Netflix series’ new third season, Ansari – who in January 2018 was embroiled in #MeToo, when Babe.net published a woman’s account of her uncomfortable date with the star and what she said were his entitled, coercive advances – largely takes a behind-the-camera role as co-writer and director. The series instead follows Denise (Lena Waithe), a supporting character to Ansari’s Dev in its first two seasons, and new character Alicia (Naomi Ackie), and their efforts to have a baby via IVF.

It’s a striking effort to make amends, to understand when your perspective’s not wanted or needed and to offer up one’s platform to others – particularly a quietly affecting queer, black love story, the kind of thing not often given much shrift on TV. It’s also the best example yet of how a project can be not just rescued from its messy fate, but transformed into something more significant still.

Eve Quits The Talk After Four Seasons: 'One of the Hardest Decisions In the World'

Inside YouTube Stars Landon and Camryn Clifford's Love Story: 'My Best Friend and My Soulmate'