The ultimate cheat meal: Home cook reveals her recipe for oozing baked brie in an air fryer – and it only takes 12 minutes to cook

An amateur Australian home cook has revealed how to make a delicious baked brie in her 5.3L air fryer.

Mum-of-three Shirley, from Sydney, shared the recipe to a popular cookery group and said the said the cheese only took 12 minutes to cook.

‘My only regret here is that I didn’t buy a bigger block of brie!’ she wrote in the caption of the post. 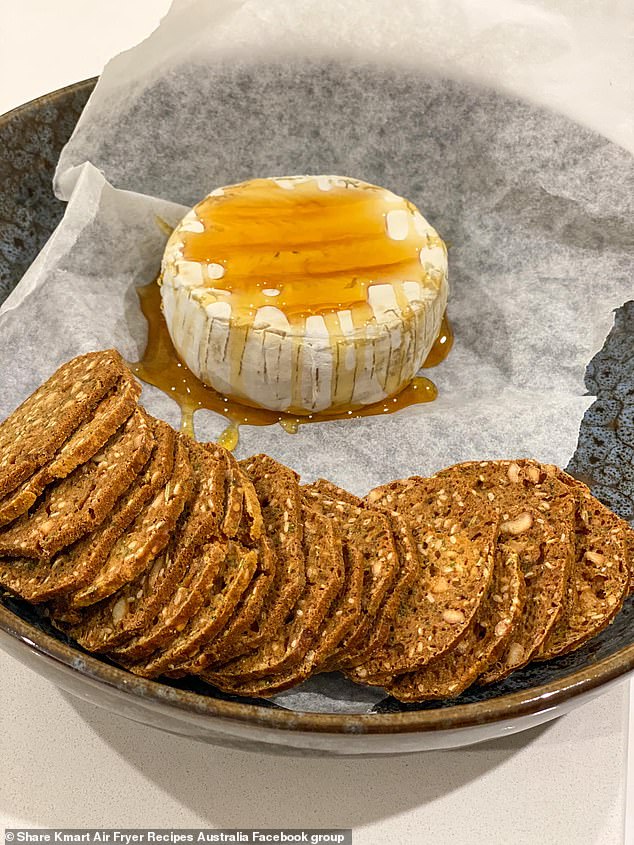 Mum-of-three Shirley, from Sydney, shared the recipe to a popular cookery group and said the said the cheese only took 12 minutes to cook

The easy-to-bake recipe is unbelievably simple and only requires placing a sheet of baking paper at the bottom of the air fryer, then cooking the cheese at 190 degrees Celsius.

After removing the oozing brie from the appliance, Shirley drizzled honey on top to add a touch of sweetness to the savoury dish and served with fruit crackers.

She said larger blocks of cheese may require a longer cooking time.

After sharing images of the end result, others agreed the baked cheese looked ‘incredible’ and ‘tasty’.

Some individuals also suggested alternative sweet and savoury toppings to pair with the brie.

‘Score the top of the brie first then drizzle rosemary and garlic,’ another said.

A third said: ‘[Put] some walnuts, pecans or pistachios on top of the cheese before putting in, then add the honey once you take it out’.

Groom in China to sue 'friends' over wedding-day hazing that sent him to hospital: 'I was so tortured'