Over the years, The Walking Dead has featured all sorts of villains. From plain old walkers and wolves to Negan and The Governor, each have been horrific in their own ways. However, are The Whisperers, who just arrived and almost immediately took out Jesus (Tom Payne), the worst yet?

“The Whisperers are a little harder to see coming,” Danai Gurira, who portrays Michonne in the AMC drama, told Us Weekly exclusively. “They’re a very new type of threat, and they bring a whole new type of issue to the floor that we’ve definitely never dealt with before.”

While Negan (Jeffrey Dean Morgan) had an enormous effect – we’re still mourning Glenn, TBH – could this group be even more powerful?

“It’s not just one dude doing one thing. It’s a very different experience we’re engaged in,” she added, staying mum about how they will impact the rest of the group after killing Jesus. 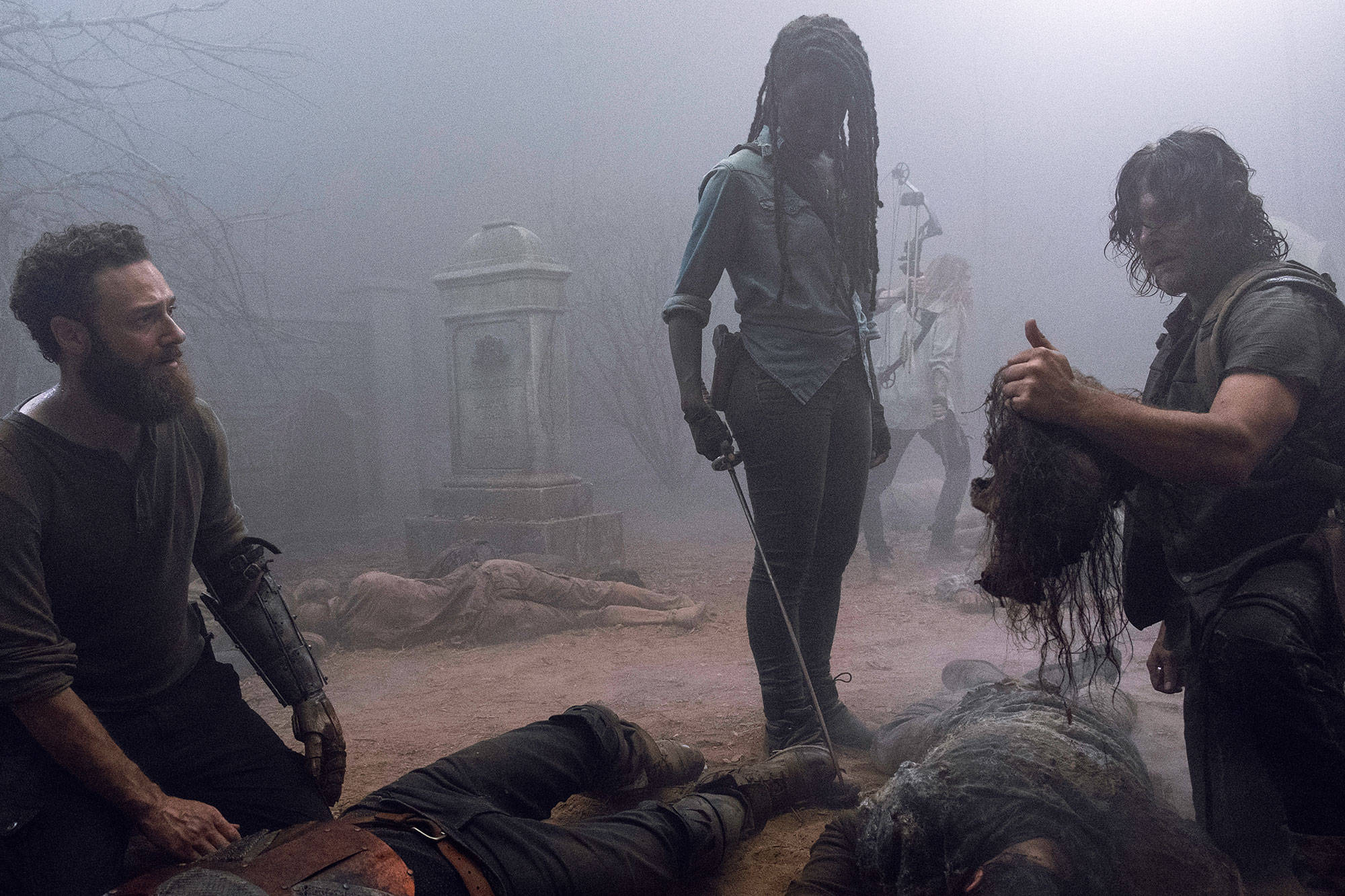 Gurira, 40, is currently working to eradicate HIV/AIDS as part of Johnson & Johnson’s “Make HIV History” initiative. The program is extremely important to the actress, who was born in the United States but raised in Africa.

“I grew up as a Zimbabwe girl in the eighties and nineties watching this issue hit my country in a very real way. I witnessed its effect on society, on communities, on families, on friends. It really is something I can’t even extricate from my remembrance of my upbringing,” the Black Panther star told Us. “I’ve witnessed the journey that the issue has taken on the continent in my country. Though there has been definite strides made, there’s still work to be done. I have a very strong passion about women and girls. This issue shifts to women and girls in a very dire fashion, and we know a thousand girls are affected by HIV/AIDS every day, and that in and of itself is something that is bringing such an urgency to the issue.”

With reporting by Marc Lupo