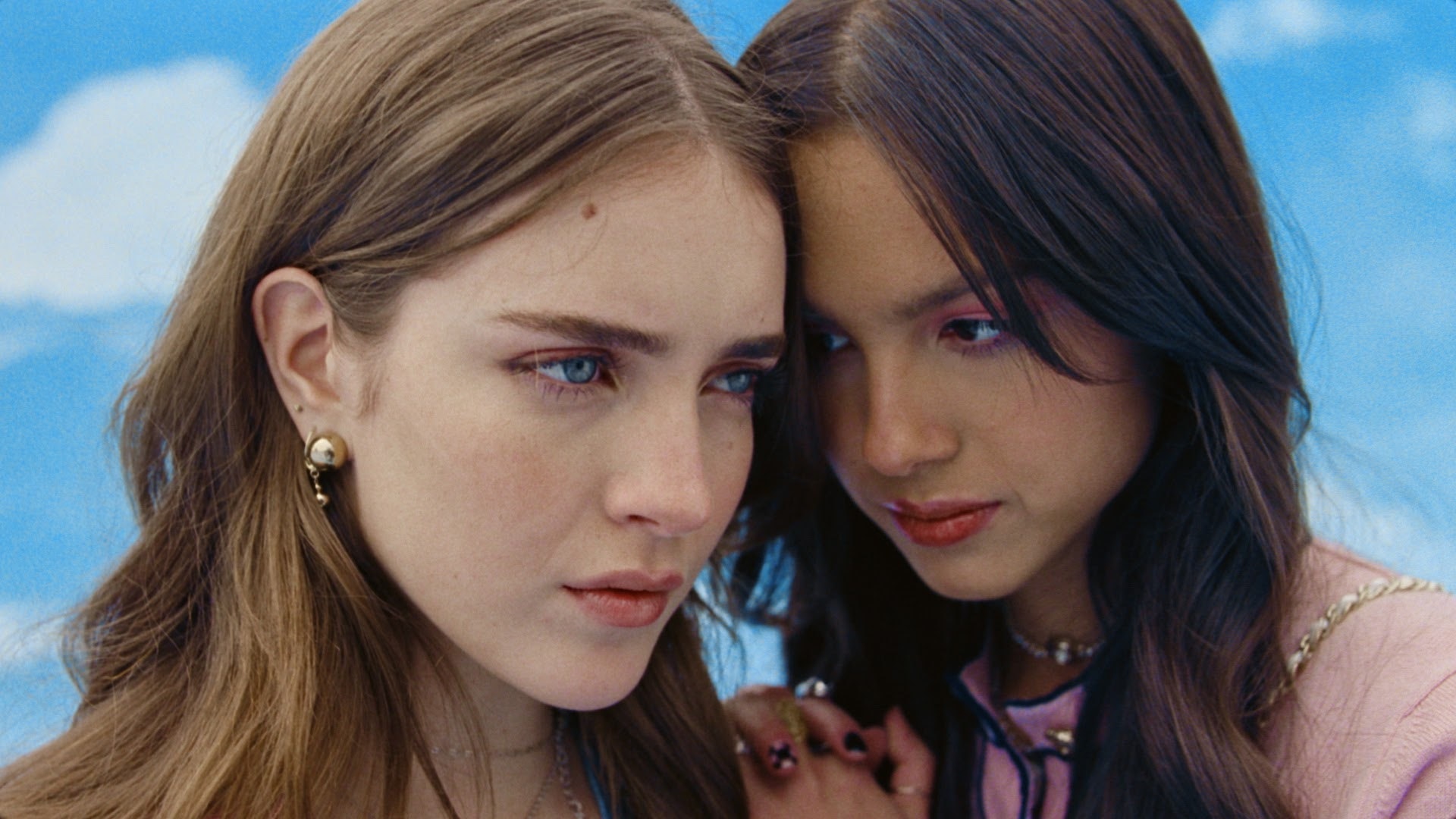 Olivia Rodrigo has turned out another hit with her latest single, and it really does feel like "deja vu." After "drivers license" was released, you couldn’t scroll on TikTok without coming across the song. Now, "deja vu" is almost just as popular, and there’s even a challenge to go along with it. It’s trending so much that big creators like Charli D’Amelio and Addison Rae Easterling are also trying it out. If you want to get in on the fun as well, you’ll need to know how to do Olivia Rodrigo’s "deja vu" TikTok challenge.

Unlike the "drivers license" challenge that required some cuts and outfit changes, all you need in order to complete the "deja vu" challenge are the following:

It’s that simple. Using the filter while recording, tap the screen to switch the image back and forth while lip-syncing. It creates this déjà vu feeling the more you look at it. Some TikTokers are even doing this challenge with their friends, which really morphs your images together. You end up looking the same, which really ties into the "deja vu" music video, where Rodrigo’s character starts dressing up and doing the same thing as another girl — presumably her ex’s new girlfriend. If you want to do Olivia Rodrigo’s "deja vu" challenge on TikTok, you might want to check out these eight videos for inspiration first.

1. Charli D’Amelio Got Animated With Her Challenge

When you do the "deja vu" challenge, you need to keep tapping your screen to switch back and forth between the inverted image. Since it works best with your face at the center, some people like to set their phones up on a tripod or sturdy surface. But if you’re as coordinated as Charli D’Amelio (@charlidamelio), have fun with your challenge by moving your camera in and out while also getting animated with your face.

2. Make Sure To Really Center Yourself

If you’re doing the challenge alone, you really want to center your face for the inverted effect. It creates the déjà vu feeling as you switch back and forth. TikToker @jikanibruh really nailed this, but according to the caption, it took five minutes to set up. So, be patient with yourself.

TikToker @yeahimcaroline has red and black hair, so this challenge looked super cool switching back and forth. If you also have different-colored hair, you’ll want to try it out to see your colors change. Even if you don’t have two-toned hair, wear your hair in pigtails like Caroline and use different colored scrunchies to see them flip back and forth. Or, you could try two different makeup looks. It’s all about playing with the symmetry.

Some TikTokers aim for perfect symmetry in their "deja vu" challenges. But if you’re looking for that flip, try doing a one-sided hairstyle like TikToker @havoshouse. Something as simple as a side ponytail will look really cool in your video. 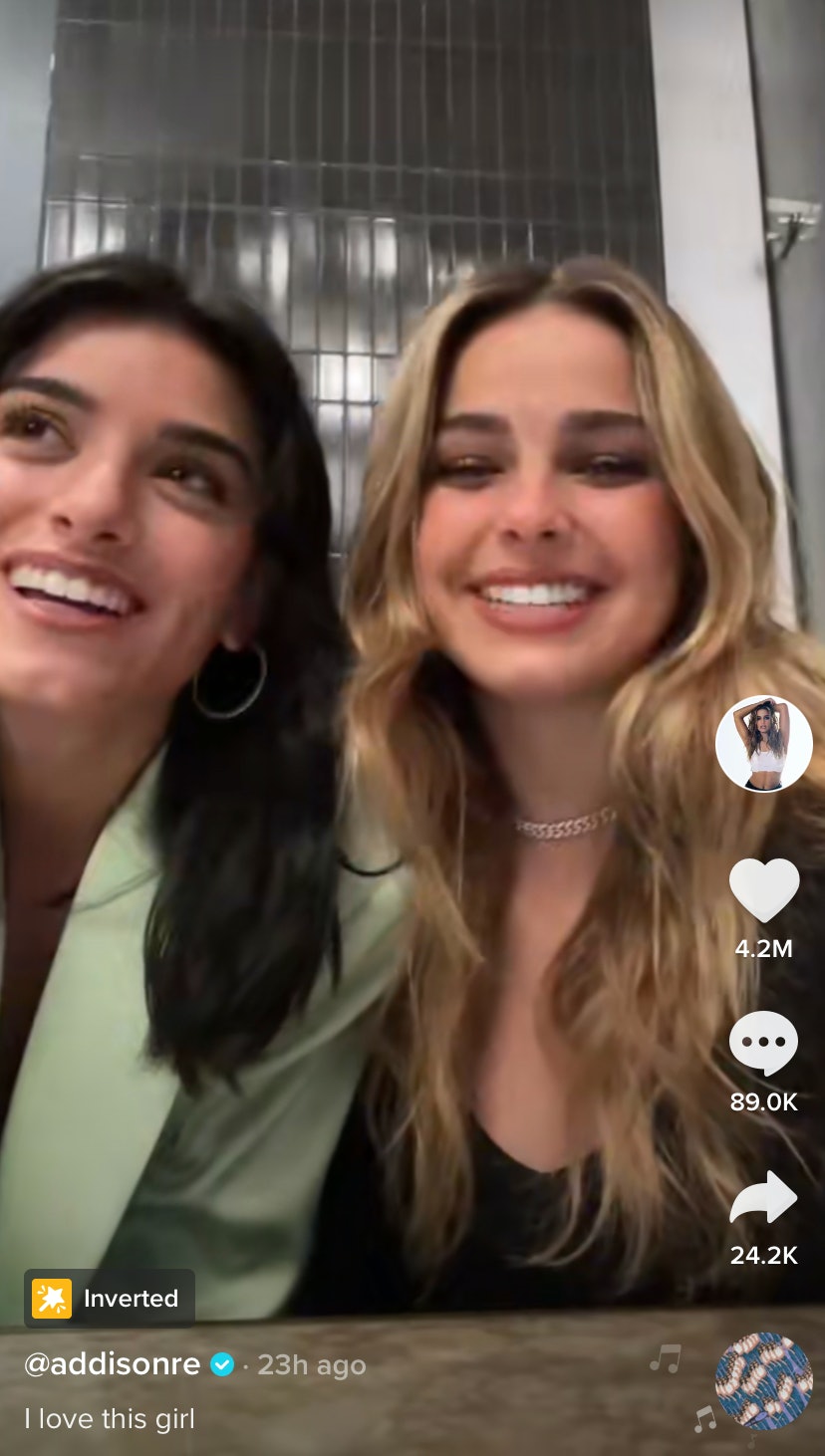 The "deja vu" challenge can be done solo or with your friends. For instance, Addison Rae (@addisonrae) did it with Dixie D’Amelio. Normally, these two TikTokers don’t look alike, but by the end, they could be twins. Try this challenge with your bestie, and people will start thinking you’re related.

6. The Mian Twins Had To Try This Trend

Speaking of twins, the Mian twins (@miantwins) "had to hop on this trend" as well. Since they are twins, Azra and Aisha already look alike. But since their head movements are also so in sync in the video, it adds an extra bit of déjà vu to the mix.

7. Maddie Ziegler Did It With Her "Twin For Life"

If people tend to think you and your BFF look like twins, you’ve got to try the "deja vu" challenge. Dancer and actress Maddie Ziegler (@maddieziegler) did it with her "twin for life" — Alexis Ren. Unlike other TikTokers, they didn’t stare straight into camera, but they did wear matching outfits and a bold red lip.

You don’t have to stop at two people either. TikToker Munera (@iconiccpinkk) did this trend with her sisters. As long as you keep a symmetrical formation, you can do it with as many people as you’d like.