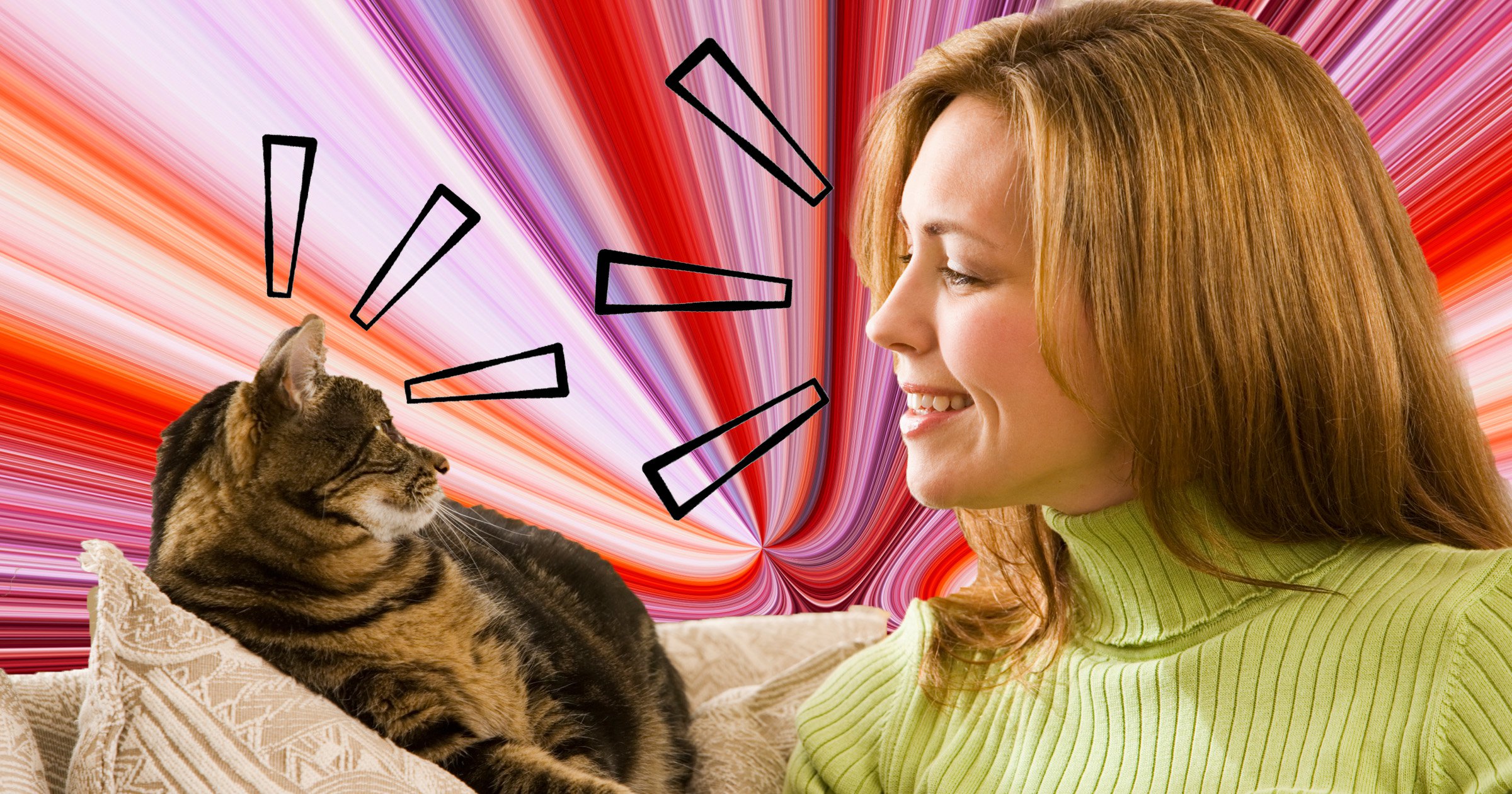 If a genie were to grant us three wishes, one of them would be to allow our cats to talk.

To know what they truly want and need, while also being able to grasp how they feel about us, would be a dream.

However, according to research from the Universities of Portsmouth and Sussex, there are ways to effectively communicate with your furry friend without any magic involved.

Published in the journal Scientific Reports, the research found cats are more receptive to humans who mimic feline-like facial expressions by narrowing their eyes.

This is also known as ‘the slow blink sequence.’

The method is described as ‘a series of half-blinks followed by either a prolonged eye narrow or an eye closure.’

During the first experiment conducted, the cats were more likely to half-blink and eye-narrow in response to their owners ‘slow blink sequence.’

This implied the cats had engaged in communication with the humans.

Meanwhile, in the second round of testing, a neutral researcher (not the owner) used the ‘slow blink sequence.’

Here the cats preferred to approach the human only after they completed the blinking sequence.

And so, the results ‘suggest that slow blink sequences may function as a form of positive emotional communication between cats and humans,’ as per the study.

Well, there you have it.

Tonight, as you settle down to relax, narrow your eyes at the cat and begin to blink.

And maybe, for one moment, the communication lines between cat and owner may just open.

Send us an email at [email protected]

Tell us the truth about the pill