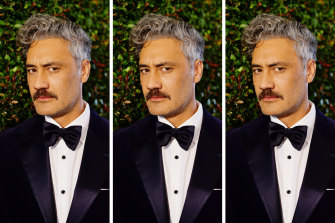 Taika Waititi is riding the wave of Hollywood success.Credit:Getty

Like an All Blacks second-rower rumbling downfield, Taika Waititi is charging as a writer, director, producer and actor in Hollywood.

In the past five years, the New Zealand filmmaker has had hits with Hunt For the Wilderpeople, Marvel’s Thor: Ragnarok, the TV series What We Do in the Shadows and film Jojo Rabbit – all featuring his trademark warm-hearted wit and comic performance. 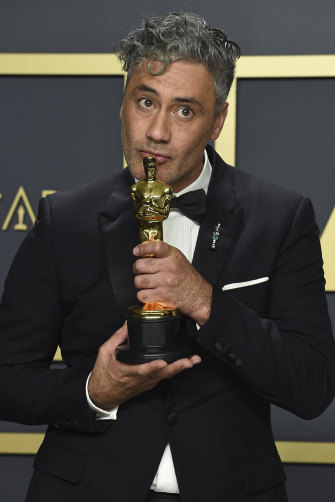 Waititi at the 2020 Academy Awards where he won the best adapted screenplay Oscar for Jojo Rabbit. Credit:AP

“It’s quite amazing, just the amount of people that we’ve got,” Waititi says via Zoom from Auckland, his kids playing in a nearby room, about the cast. “I kept looking around, or just looking back over the shoot, and thinking, “Oh my god…”

Waititi says he and Hemsworth have ramped up the comedy for the new Thor after the last instalment was warmly reviewed and took a triumphant $US854 million ($1.1 billion) at the worldwide box office.

“I think this might be funnier,” he says. “Everything we did with Ragnarok, we’ve just multiplied it.

“Who knows if we do another one after this but I definitely feel like we put everything – every idea and every single ridiculous concept or gag or stunt or character – into this film. I couldn’t be happier with it.”

Waititi loved shooting both Thor movies in Australia, with the only downside of Ragnarok filming on the Gold Coast being the lack of places open late at night after filming.

“I spent a lot of my time eating in my apartment and that was not the Hollywood lifestyle that I thought I was going to be experiencing,” he says. But in Sydney, there were both friends and some family.

“I just got very welcomed and everyone was really beautiful,” he says. “At a time when I couldn’t see my kids for almost seven months because there was no bubble, it was really nice to be surrounded by people who made me feel at home.”

With his Hollywood rise including an Oscar for the screenplay for Jojo Rabbit and a Grammy for producing its soundtrack on the way to directing a Star Wars movie, one blip has been the paparazzi attention that led to photos of him and singer girlfriend Rita Ora in Sydney running on gossip pages around the world.

Did that upset him?

“Not really,” he says. “I think in the world of the internet, everything goes away pretty quick. And also, ‘is it that big a deal?’ No, not really. I was doing nothing wrong. It’s fine.”

In the five productive years since Wilderpeople, Waititi has also directed the yet-to-be-released American Samoan football film Next Goal Wins, created the television series Wellington Paranormal with regular collaborator Jemaine Clement, directed an episode of The Mandalorian and acted in the coming movies Free Guy and The Suicide Squad. 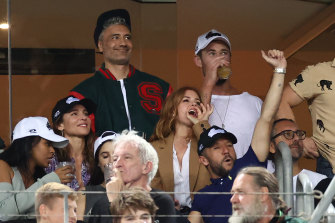 Even so busy, he has incorporated his Maori heritage into every project. As well as insisting on Indigenous attachments and a welcome to country at the start of shooting, Waititi has helped projects get made by Maori and other Indigenous directors.

“Our voice has been muffled for so long that any chance is a chance,” he says.

These projects include executive producing the New Zealand films The Breaker Upperers and Baby Done and now sci-fi film Night Raiders from Indigenous Canadian director Danis Goulet, which has been selected for Sydney Film Festival in August.

Waititi has known Goulet since his Oscar-nominated short film Two Cars One Night screened at Sundance’s Native American and Indigenous program in 2004. “Just to see her have a chance to make her film, I really wanted to be part of that,” he says.

Set in the future after a civil war, Night Raiders centres on a Cree woman (Elle-Maija Tailfeathers) who joins a band of vigilantes to get her daughter (Brooklyn Letexier-Hart) back from an academy that takes children, gives them new names and re-educates them. It is a parable about the experience of Indigenous communities. 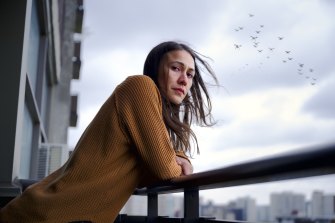 “It’s a subject that’s very close to my heart,” Waititi says. “And any opportunity to support Indigenous filmmaking is right at the forefront for me.”

“Maori can’t continually have Once Were Warriors as the style of filmmaking for telling our stories,” he says. “You’ve got to do it through comedies and action things and song and dance and musicals. So looking at this topic of stolen generations in North America, you’ve got to look at ways of kind of tricking the audience into coming into this world.”

So what does executive producing involve?

“Whenever I EP something, it’s basically just being a support person and reading scripts, giving feedback, being a sounding board and even just giving advice if there’s any questions that someone might have,” he says. “Sometimes I’ll just say, ‘don’t take my advice because sometimes instinct is better than advice’.”

Waititi knows the Sydney Film Festival well, introducing the film version of What We Do in the Shadows in 2014 with a hilarious comic routine with Clement.

“There’s just a really amazing vibe around that whole festival,” he says. “Having Night Raiders be part of the festival is really great, especially because it’s a native film.”

Waititi gets serious when he discusses a troubling discovery in Canada last month: the unmarked graves of 215 Indigenous children at a former residential school.

Waititi believes that reminding people about such unpalatable events can help make sure they don’t happen again.

“Like with Jojo Rabbit, did we need another film about World War II?,” he says. “Unfortunately, yes, because when Trump got in, this stuff started happening again. Somehow, even though it was only 70 or 80 years later, people forgot that was what was happening.”

Waititi expects to be post-producing Thor until February, then he will finish some television projects and move onto his next movie.

“I don’t know if that’s going to be Star Wars,” he says. “I hope it’ll be that but there’s a whole lot of other little things that I’ve got my sticky little fingers attached to so we’ll see.”

After a virtual version last year and a short summer season, the delayed Sydney Film Festival is returning in August.

Announcing the first 22 films in the program, director Nashen Moodley says the postponement from this month allows more films from the COVID-19-disrupted Berlin and Cannes festivals to be included, and more audience members to be vaccinated. 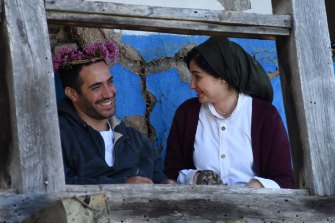 “Having any event during COVID, everything is very unpredictable but when I look at where we’re at with the program so far, I’m very happy we made the decision,” Moodley says.

While the plan is for cinemas to have 100 per cent capacity, additional time between sessions for cleaning and COVID-safe entry means the program will be 75 per cent the size of a normal year. The official and documentary competitions will run with the usual number of films.

With Dendy Opera Quays becoming a United venue and the Art Gallery of NSW cinema not available during renovations, the festival will use Palace Central for the first time as well as the State Theatre, Event George Street, Randwick Ritz, Cremorne Orpheum, Dendy Newtown and Casula Powerhouse. 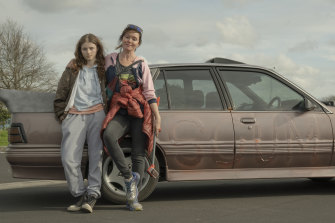 With the festival running from August 18 to 29, the first announced films include banned Iranian director Mohammad Rasoulof’s secretly shot death penalty drama There Is No Evil, which won the top prize at Berlin last year; Blerta Basholli’s Hive, a drama about a Kosovo war widow that swept the awards at Sundance; and a New Zealand drama, Gaysorn Thavat’s The Justice of Bunny King, that has Essie Davis as a trouble-making mother. 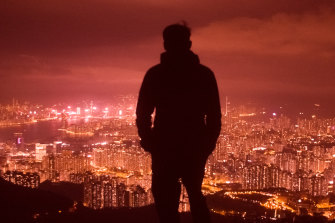 When A City Rises on pro-democracy protests in Hong Kong. Credit:Sydney Film Festival

The documentaries include Philippa Bateman’s Wash My Soul in the River’s Flow, on Archie Roach and the late Ruby Hunter, and When a City Rises, which has seven directors covering the Hong Kong pro-democracy protests.