Austin Winsberg got used to traveling from his California based writers’ room for “Zoey’s Extraordinary Playlist” to its Canadian set during the first sea – son of the NBC musical comedy. Amid the COVID-19 pandemic, though, he found himself having to primarily be in one place — his home office, which he calls “command central.” There, he ran a remote room and multitasked to keep an eye on production needs, including collaborating with producer and choreographer Mandy Moore on the various heart song sequences.

His office is “right next door to [his] kids’ bedroom,” he says, which necessitated blocking out noise and distractions while his 6-year-old and 9-year-old took part in virtual school simultaneously with his workday.

While Winsberg needs a lot of technology to do his job, he balances his workspace with more visually stimulating elements that capture his love of the biz and his history in it. An item that perfectly exemplifies this is a sculpture of a peacock. “I wrote an animated feature that has yet to be made but is one of my favorite things I ever wrote, about a peacock in India in the 1600s,” Winsberg says. A few years ago, he spent “a good year, year-and-a-half of my life” working on scripts for Warner Bros. and began to receive many pieces of peacock art. This sculpture “reminds me to have confidence,” he says. Of course, now that he has a show on NBC, there is an added level of poignancy to the display. 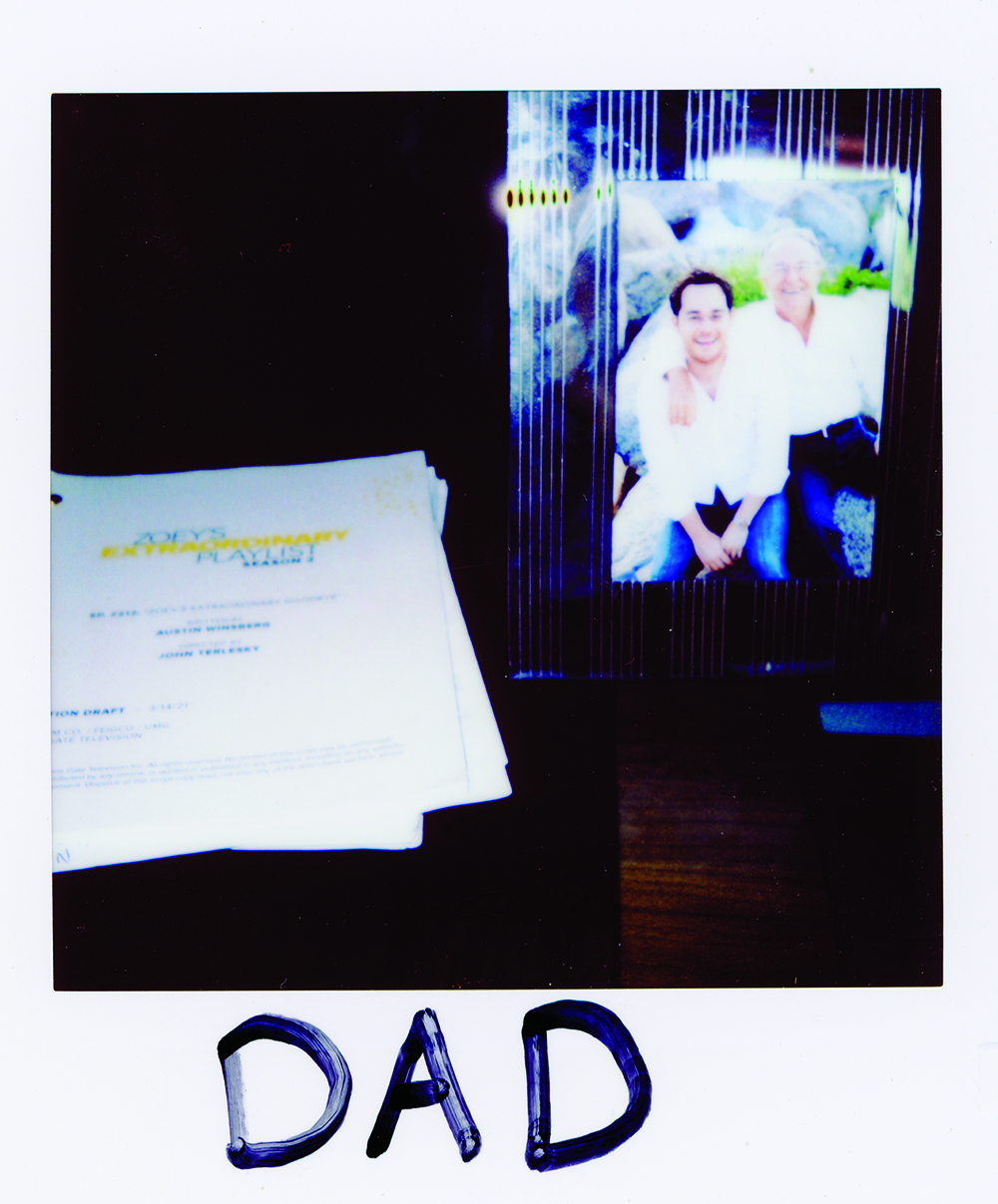 Musical Muse
Winsberg keeps a framed photo of himself and his father in his office, taken during a family photo shoot in Santa Barbara. “I used to make fun of those because we all had to dress the same and everything,” he admits, “but it’s a nice, happy photo of him and I, and I don’t know how many professionally good photos I have of the two of us.” A script from “Zoey’s” rests nearby, which isn’t entirely coincidental since the show “wouldn’t have been anything without what happened to my father,” Winsberg says. His father, Richard, died in 2011 after being diagnosed with progressive supranuclear palsy (PSP), a brain disorder. His journey with the dis – ease ultimately inspired the character of Mitch (Peter Gallagher) on “Zoey’s,” and this photo was the one used in the “in loving memory” card at the end of the first season finale.

A centerpiece of Winsberg’s office is his Jesse Katsopolis (“Full House”) doll, which was gifted to him and signed by the character’s portrayer, John Stamos, when the men worked together on Winsberg’s previous series, “Jake in Progress.” (“It was the first pilot I ever wrote, and it made it onto TV for two seasons,” he says, “so it is a nostalgic thing.”) It is surrounded by a collection of Playbills and a painting of “Zoey’s” actor Andrew Leeds as one of his infamous Groundlings characters, and those items connect in unexpected ways: One of the Playbills is from “Falsettos,” which is Winsberg’s favorite musical and the inspiration for the “spirit of the family dramedy” of his own show, as well as a play that Leeds performed in years ago.

Although Winsberg gave his cast members record players over the holidays, he admits he does not have one himself. Still, he keeps a copy of Don McLean’s “American Pie” close. The signed album was a gift from “Zoey’s” actor Kapil Talwalkar, which makes it an extra special item. But its significance also comes from the fact that “Zoey’s” ended its freshman year on the lyric of “the day the music died” in a post-funeral sequence in which its titular character (played by Jane Levy) truly felt the loss of her father, while at the same time the audience wondered how the new emotions would affect her ability to hear people’s inner feelings as songs. “That was a seminal moment for our show,” Winsberg says. 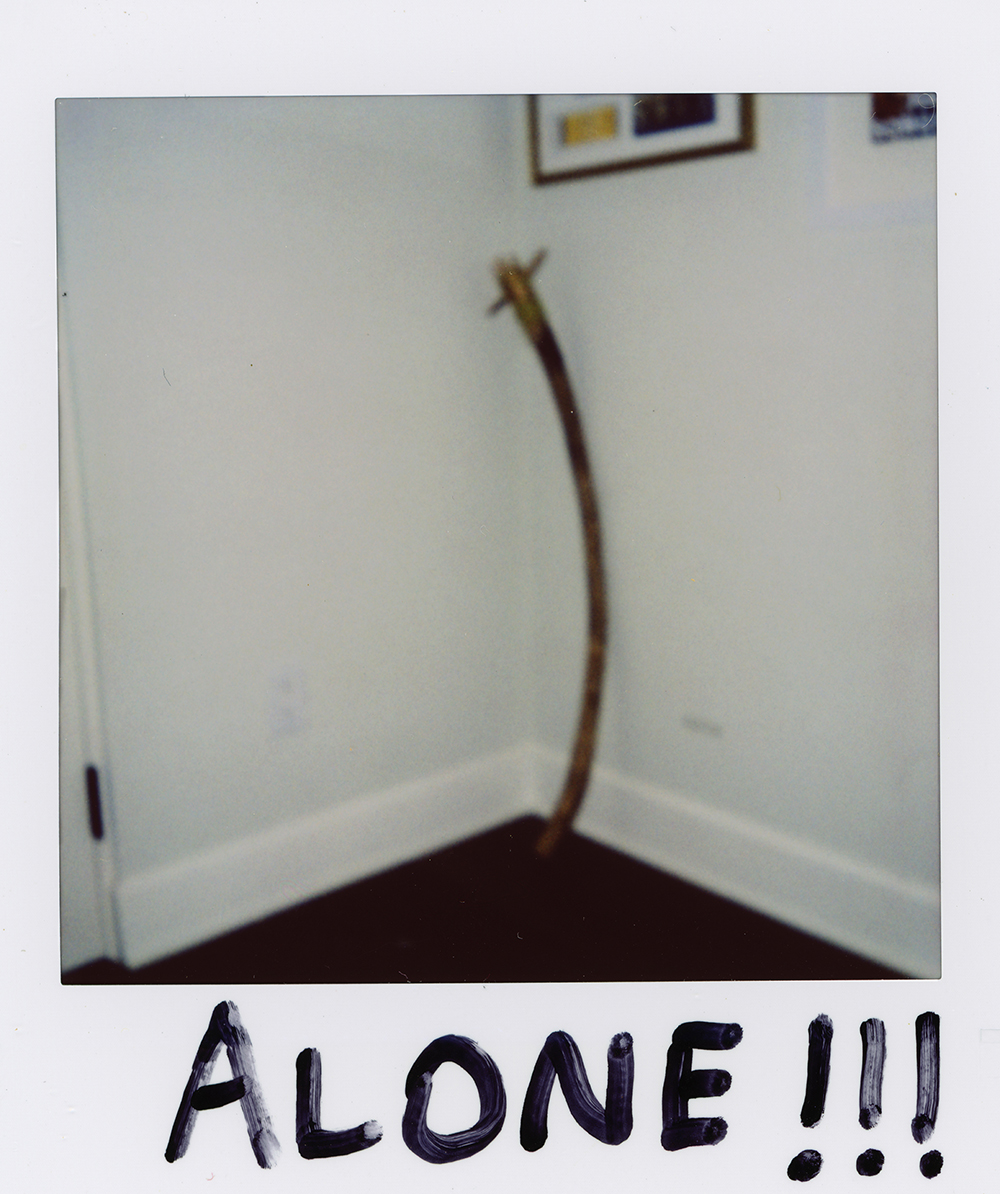 Meaningful Weaponry
Another cherished piece of television memorabilia is a spear — yes, a real spear — from History Channel’s “Alone.” It was sent to Winsberg from the team behind the reality series and is an “actual handmade spear that someone used when they were outside alone for 100 days or whatever it was, just fending for themselves,” he notes. While it perhaps “needs a nice display, like a samurai sword,” it currently just leans against the wall. “We can joke about it, but there is something about it that has to do with perseverance and strong will and getting through difficult situations,” Winsberg says. “So much of writing is solitary, and there is a nice metaphor there.

All *2* Of The ‘Game Of Thrones’ Finale Photos Have Arrived — That’s Right, Just 2

Tesco delivery rules: Prices up as cheap delivery options scrapped – how much you will pay