Jerry Merryman, a self-taught electrical engineer who helped design the first pocket calculator, died on Feb. 27 in Dallas. He was 86.

His wife, Phyllis (Lee) Merryman, said the cause was heart and kidney failure. He had been hospitalized since late December for complications arising from surgery to install a pacemaker.

In 1965, two years after he joined the electronics maker Texas Instruments without a college degree, the company asked Mr. Merryman and two other engineers to build a calculator that could fit into a shirt pocket.

He designed the fundamental circuitry in less than three days, and when Texas Instruments unveiled the device two years later, the moment marked a transformational shift in the way Americans would handle everyday mathematics for the next four decades.

“Silly me, I thought we were just making a calculator, but we were creating an electronic revolution,” Mr. Merryman told the NPR program “All Things Considered” in 2013.

With this device, Mr. Merryman and his collaborators, Jack Kilby and James Van Tassel, also pioneered rechargeable batteries and “thermal printing,” which used heat to print numbers onto a special kind of paper. Speaking with NPR, Mr. Merryman said he was reminded of their work whenever he used a cellphone or was handed a thermally printed receipt by a grocery store cashier.

Their Texas Instruments prototype, code-named Cal Tech, is now enshrined at the Smithsonian Institution, tucked between the work of Thomas Edison and Alexander Graham Bell.

Jerry Dale Merryman was born on June 17, 1932, at his family’s home outside Hearne, Tex., an old railroad town 150 miles south of Dallas. His mother died two days later. His father, a railroad worker, was forced to retire in the 1950s after going blind from complications of diabetes.

By the time he was 11, Jerry was working for the local appliance store, repairing radios. According to family lore, Hearne police officers would hunt him down whenever their car radios broke — no matter the time of day.

He learned the ins and outs of electronics from a book he picked up at the appliance store — “Radio Engineering,” by Frederick Terman — and he held onto it for the next 75 years. “He read it all his life,” his wife said.

After a stint with the railroad — he packed ice into refrigerator cars carrying bananas — Mr. Merryman worked as an engineer at a local radio station. Then, in the late 1950s, he enrolled at Texas A&M University in nearby College Station. He left without finishing his degree. 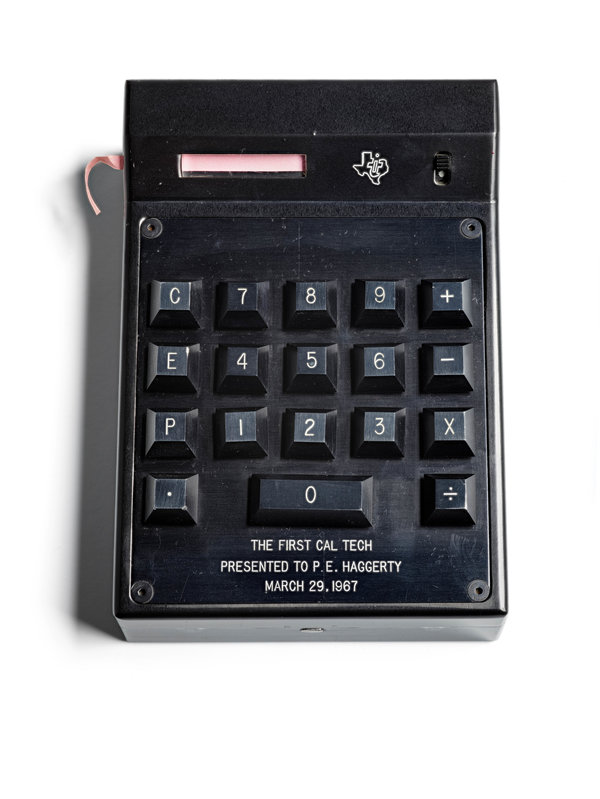 In March 1963, he applied for an engineering job at Texas Instruments, near Dallas, and was hired without the traditional qualifications. “That was one of the smartest things the company ever did,” Ed Millis, who joined the company in the early ’50s and worked alongside Mr. Merryman for decades, said in a telephone interview.

Mr. Merryman immediately joined a team that was developing what were called integrated circuits, the breed of microchip that would later drive personal computers. His boss was Mr. Kilby, who had helped build the first integrated circuit in 1958. (Mr. Kilby, who later shared the 2000 Nobel Prize in Physics for this work. died in 2005.)

Seven years later, these microchips had yet to find their market niche, and Texas Instruments’ president at the time, Patrick E. Haggerty, decided that the company needed to prove its worth with a consumer product. He called for a pocket calculator.

Mr. Merryman was pulled into the project at the end of 1965, when he was summoned to a meeting in Mr. Kilby’s office. There, Mr. Kilby held up a small book and asked for a computer that size.

Years later, when a friend mentioned that Mr. Merryman had designed the calculator’s circuitry in only three days, Mr. Merryman leaned toward him and said, “And three nights.”

He, Mr. Kilby and Mr. Van Tassel initially built a prototype, which spanned an entire room at their Texas Instruments lab. Then, over the next two years, they packed the same circuit design into a hand-held casing using microchips.

The device had 18 keys, and it could handle addition, subtraction, multiplication and division, printing calculations on a tiny spool of paper. It reached the market in 1970 after Texas Instruments licensed the technology to Canon, carrying a $400 price tag. Soon a second partner, Bowmar, introduced a $250 version called the Bowmar Brain.

Over the next few decades, these devices got smaller and prices continued to drop, and the pocket calculator became a nearly ubiquitous household item. It lost its place in American homes only after the arrival of the Apple iPhone and other smartphones a decade ago.

In addition to his wife, Mr. Merryman is survived by his daughter, Melissa Merryman; his stepdaughter, Kim Ikovic; and two granddaughters. His two previous wives, Vernette (Posey) and Sally (Simon) Merryman, died before him.

During his brief stint at Texas A&M, Mr. Merryman entered a contest alongside 600 other students. They competed to see who was best at using a slide rule, the wood and plastic device that helped with multiplication, division, trigonometry and other mathematical calculations.

After buying a used slide rule for $6, Mr. Merryman won the contest with a nearly perfect score. “Hearne Student ‘Pulverized ′em’ in A&M Contest,” the headline in the local paper read.