A Victorian Labor MP paid his son thousands of taxpayer dollars to work in his Melbourne office, reigniting calls for a review of rules allowing state politicians to employ relatives.

Labor MP for Hawthorn John Kennedy has confirmed he hired his son as an electorate officer for a fortnight this month. 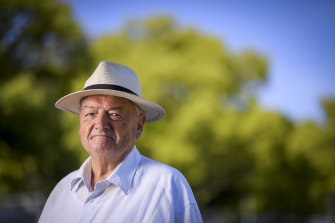 Labor MP John Kennedy won the seat of Hawthorn in a surprise result of the 2018 election. Credit:Eddie Jim

Parliamentary records indicate Dr Cumming's son remains listed on her payroll, though she says he had not worked for her since July.

MPs hiring relatives is banned in the federal and NSW parliaments but is allowed in Victoria.

The Centre for Public Integrity says it weakens voters’ confidence in Parliament. 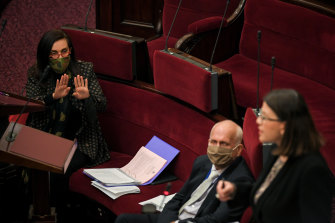 "Victoria’s guidelines need to be strengthened to ensure hiring is based on merit, not nepotism and conflicts of interest."

Mr Kennedy, whose victory over former shadow attorney-general John Pesutto was one of the most eye-catching results of Labor's 2018 election win, posted on his website on October 16 that his son Patrick was one of two "part-time and casual electorate officers … forming on-site skeleton staffing here on my behalf to take your personal calls, emails and postal mail".

On Wednesday he said he had hired his son as a casual electorate officer from October 5-16 – a move pre-approved by parliamentary services.

"Patrick was employed for two weeks to cover a temporary, unforeseen absence at short notice," Mr Kennedy said, adding that his son continued to volunteer with his office but was not a paid employee.

When Dr Cumming's hiring of her teenage son, daughter and niece was revealed in July last year, she said the trio had come in to fill a sudden staff shortage. At the time she called for formal guidelines on whether MPs should hire family members.

However, parliamentary records on Wednesday showed that, more than a year later, her son remained a taxpayer-funded electorate officer.

"This is not in breach of any act or guidelines," she said.

"My priority is to listen to my constituents and for me be able to do this, to respond to telephone calls and emails, I have to staff my office accordingly," she said.

Ms Aulby said voters needed confidence that electorate officers were working in the interests of the public.

“They are paid by the taxpayer using public funds," she said.

"Voters need to know that MPs will act in the public interest and not use their position for their personal or family advantage.”

As Prime Minister, Tony Abbott banned federal MPs and senators from hiring their relatives from 2014, believing it did not pass the ‘pub test’ with voters.

What Alex Rodriguez Gave Jennifer Lopez for Their 2-Year Anniversary