The Duchess of Cambridge wore a new gold bracelet yesterday – and it’s from a company with three royal warrants.

Kate Middleton, 38, flashed an elegant gold bangle on her right wrist as she visited the Birmingham science museum to launch a survey of early childhood. 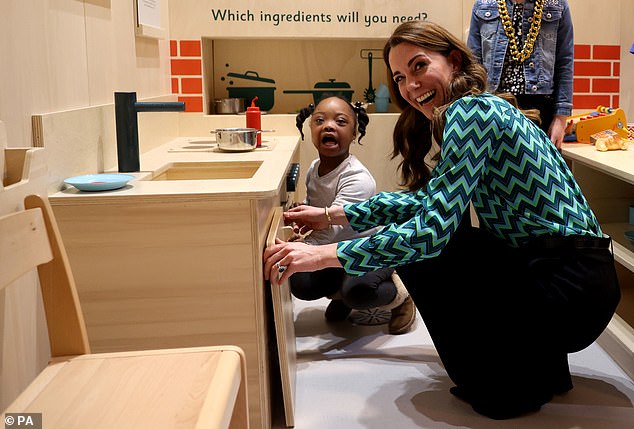 New bling: Kate Middleton, 38, flashed an elegant gold bangle on her right wrist (just seen) as she visited the Birmingham science museum to launch a survey of early childhood yesterday 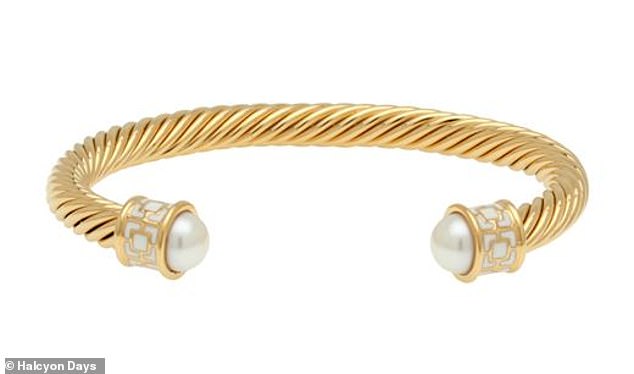 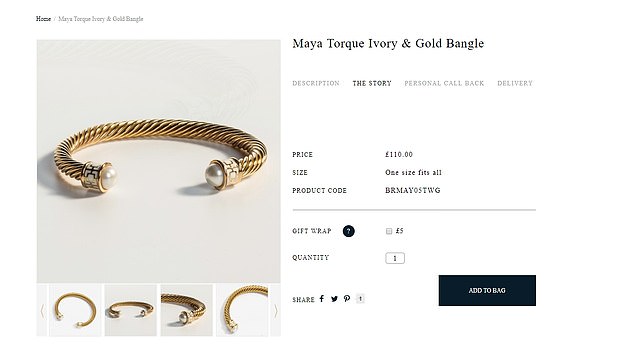 Royal seal of approval: The label is stocked by Harrods and boasts royal warrants from the Queen, the Duke of Edinburgh and Prince Charles. Pictured, the bangle on the website

The label is stocked by luxury retailers including Harrods and boasts royal warrants from the Queen, the Duke of Edinburgh and Prince Charles.

As Kate celebrated her 38th birthday earlier this month, it is possible the bangle is a gift from her husband, Prince William, 37.

The Duchess cut a stylish figure at the engagement yesterday, which was only publicised hours after the event. 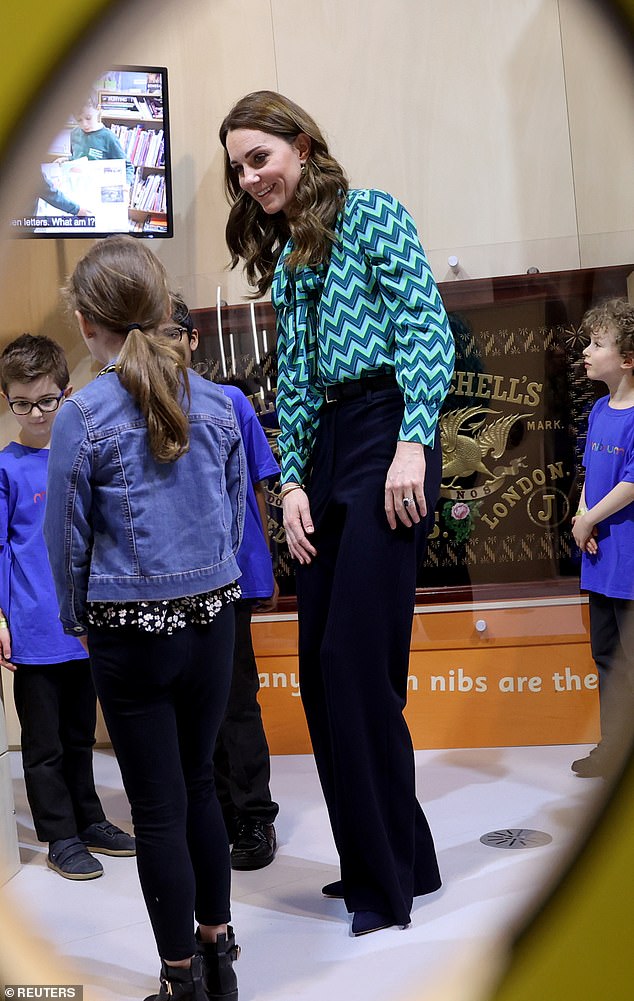 Kate Middleton, 38, paired a trendy silk £295 blouse by Tabitha Ward with wide-leg Jigsaw trousers for her outfit in Birmingham today 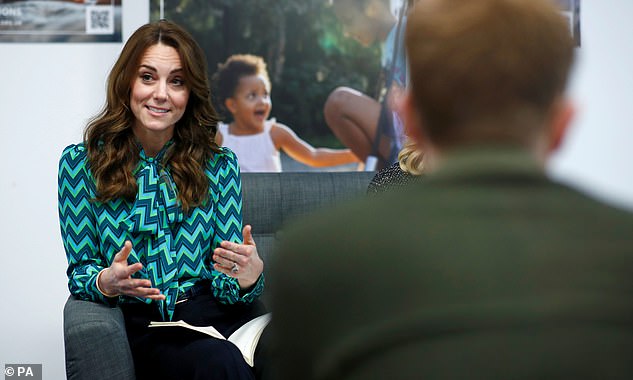 She wore a jazzy electric blue £295 blouse by British designer Tabitha Ward, which she paired with £130 high-waisted Jigsaw trousers.

During her visit to MiniBrum, an interactive, child-sized mini-city at Thinktank, Birmingham’s science museum, Kate launched a five-question survey, which aims to give people across the UK the chance to share their views on the next generation.

The Duchess of Cambridge is spending 24 hours touring the country to publicise the initiative and said yesterday: ‘I’m here today to launch a survey to hear society’s views about raising the next generation. 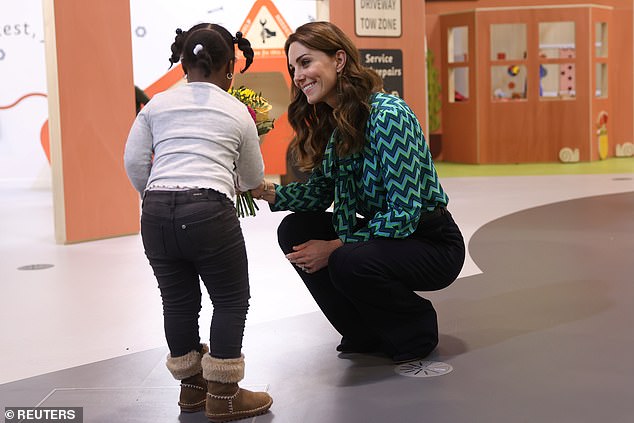 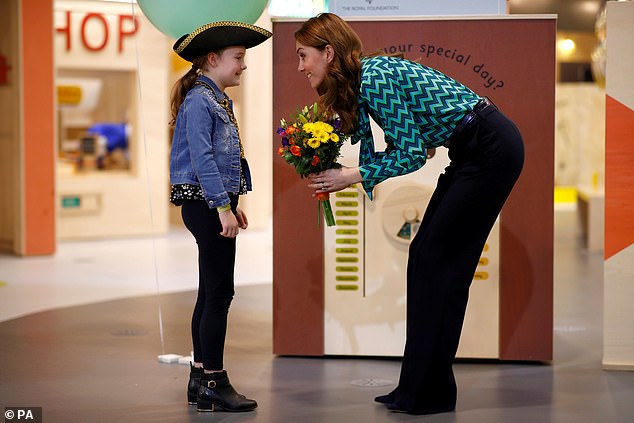 The royal recycled a pair of Jigsaw trousers for the visit, which she paired with a jazzy electric blue blouse

‘Parents, carers and families are at the heart of caring for children in the formative years so that is why I really want to listen to them.

The Early Years are more crucial for future health and happiness than any other moment in our lifetime.’

The Duchess will take in London, Cardiff and Surrey today as she pushes the scheme.

Who Are Meghan Markle and Prince Harry's Celebrity Neighbors?