New peace-deal talks within Victorian Labor are threatening to erupt into a fresh round of brawling and potential legal action as factional warlords fight over the carve-up of seats across the state.

Factional supremos and union heavyweights held a secret three-hour meeting in Carlton on Thursday afternoon as they attempted to negotiate the final sticking points to the so-called “stability pact” between the Right and Left factions. 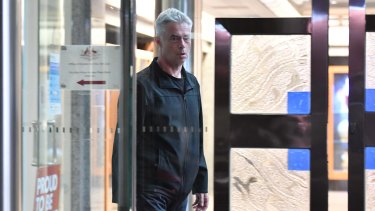 However, they remain at loggerheads over several issues including the Right faction’s lack of female representation, the future of veteran left-wing senator Kim Carr and succession planning for a handful of Labor-held seats.

The new deal comes against a backdrop of major unrest at the seizure of control of the Victorian division by the national executive last year following revelations of “industrial-scale” branch stacking in a major investigation by The Age.

The construction division of the CFMMEU, led by controversial figure John Setka, and several other unions are preparing for a legal challenge to the intervention in an attempt to wrestle back the right of the Victorian division to choose parliamentary candidates for the next state and federal elections.

Draft text of the cross-factional agreement, obtained by this masthead, says the deal is key to enabling “broad-based debates over critical issues to occur without rancour or disunity”.

“This is not a simple objective to achieve, given political attacks from our conservative opponents and internal issues that must be addressed,” the draft says.

“Recent revelations regarding practices within the party relating to membership matters are a source of serious concern. They reflect on the ALP’s internal procedures and operation and demand that the reform undertaken by the national executive is enduring.”

The Right faction remains bitterly divided over the nomination of a candidate for the new seat of Hawke in Melbourne’s outer-western fringe. The seat, which takes in Sunbury, Melton, Bacchus Marsh and Ballan, will be a safe Labor electorate with a projected margin of about 10 per cent. 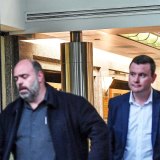 However, other parts of the Right, including unions aligned to former Labor leader Bill Shorten, believe it is critical the candidate for the seat is a woman.

Of the 25 federal Labor MPs in Victoria, 14 are men and 11 are women, however, there are only three women from the Right. Complicating matters are changes to the ALP rules that mean the division must have 45 per cent female representation after 2022.

“That’s why they’re going gung-ho trying to rush a deal through now,” one deal negotiator said, speaking on condition of anonymity. “The Right is hopeless with appointing women, but clearly Marles wants another number in the caucus for his future ambitions.”

Another union figure said: “They are behaving like 19th-century empires dividing up Africa. It is a terrible look for a party which needs more – not less – input from community members.” 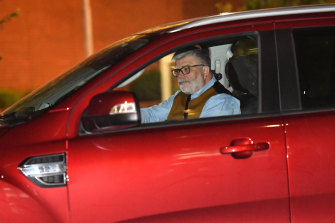 Veteran Labor senator Kim Carr is at the centre of a new stability pact within the Victorian division.Credit:Joe Armao

Senator Carr, a divisive figure who is the longest-serving member of the Senate, appears to have successfully negotiated attempts to insert wording in the deal that would have supported all sitting MPs but allowed “the allocated grouping the opportunity for renewal”. His allies believe the text would have been used for another attempt to remove him ahead of the next election.

But several Socialist Left figures say no matter the wording, Senator Carr will face another challenge for his position ahead of the next election.

Adopted a Dog This Year? This Top-Rated Dog DNA Test Is on Sale Right Now