Allison Tripp thinks her mother would have liked it, fat suit and all, saying Paulson “portrayed her — it’s sad to say — in a more flattering way than how she was portrayed when she was alive.”

Monica Lewinsky is a producer on the latest “Impeachment” series of Ryan Murphy’s “American Crime Story,” which details the impeachment of President Bill Clinton and all the scandal surrounding it.

Lewinsky was certainly at the center of the story, completely with an infamous blue dress and recorded phone calls, but so was the woman who recorded those calls: Linda Tripp. And yet, the Tripp family was not consulted for this story. 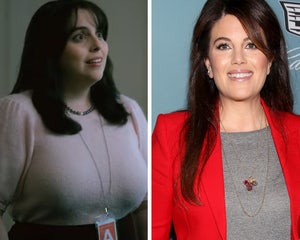 Why Monica Lewinsky Is 'Nervous' About Impeachment: American Crime Story

Considering Lewinsky has said she felt completely betrayed by the woman she thought of as a dear friend when she discovered that Tripp had been recording their private conversations, and then turned over those recordings to independent counsel Ken Starr as part of the proceedings that would lead to Clinton’s impeachment, it’s perhaps understandable that the Tripps would not be involved.

Linda herself passed away in 2020, about three-quarters of the way through a book that would detail this same story from her perspective, according to a Vanity Fair interview with her daughter, Allison.

Even though Linda wasn’t consulted, nor was Allison or anyone else in the family, Allison admits she did tune in to the premiere of “American Crime Story.” While she’d lived the experience in the late ’90s as a young child, she didn’t fully grasp what was going on.

It was far more than the scandal that rocked the president, as well. The tabloids and even traditional media were brutal in their portrayals of almost all of the players involved in the story, with particularly harsh comments about Linda Tripp covering everything from her betrayal of Lewinsky to her physical appearance.

Sarah Paulson, who portrays Tripp in Murphy’s “Impeachment” saga, notoriously put on a fat suit, wig and prosthetic nose to complete her transformation. She has since suggested regret at agreeing to wear the fat suit after some internet backlash and suggestions they should have just cast a larger-sized woman.

Nevertheless, despite the efforts with prosthetics and makeup to alter Paulson’s look to match Tripp at the time, Allison was actually happy with the final product. “This episode portrayed her — it’s sad to say — but in a more flattering way than how she was portrayed when she was alive,” said Allison.

Perhaps the most famous, and unflattering impression of her, was a series of recurring appearances by John Goodman in a bad wig and makeup, barely trying to hide his overt masculinity in his portrayal.

The ongoing attacks against Linda’s appearance got so relentless, she actually underwent plastic surgery. “If you had to endure that and feel that and hear that,” Allison said. “I think she felt compelled to soften her appearance.” 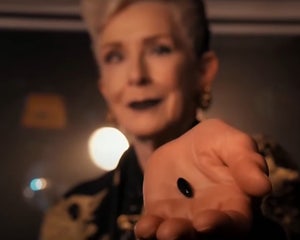 She noted that the media seemed to always find the most unflattering pictures of Linda they could, despite hundreds of better ones being available. “At the time, the messaging was, ‘Get over it, [it’s] not a big deal,'” said Allison of criticism about Linda’s physical appearance. “But it is a big deal. That criticism would not be allowed today.”

One thing she appreciated about the episode that perhaps surprised her was with how much sensitivity Linda’s reasons were presented. Here was a woman vilified in the press for recording these conversations with Lewinsky about her affair with the president, but Allison said the show appears to have done a good job of explaining why she did it.

“She lived a life that was very much about following the rules,” Allison said of her mother. “Especially being a military wife and a government employee for so long. She had the utmost integrity in her role representing her country. And I do feel that, from what I’ve seen from the show so far, Sarah Paulson was getting that across even just from those limited scenes.”

“My mom was always independent [politically] but I do believe that made her feel very wronged as a citizen,” Allison explained about Clinton’s behavior in the office. “Just: ‘This is our country. This is our White House.’ And maybe wishing that there was more respect from the president.” 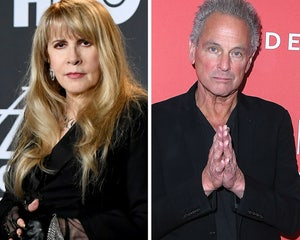 Allison also emphasized that for her mother, it was never about using those tapes to cash out or get a second house or anything like that, even though Allison alleges the Clinton administration made offers. “All I can say is that she was offered those things to quiet her,” she claimed.

After seeing the first episode of “ACS,” Allison intends to continue watching it, and even let her kids see their grandmother’s story unfold in this manner. And she’s hopeful it will continue to be respectful of the complex human being Linda Tripp was behind the decisions she was making.

“So far, again only in episode one, they’ve shown her as a hard-working, loyal, gritty woman who has a lot of integrity,” she said, thinking her mother would have appreciated being portrayed with more humanity and nuance now than she ever was then.

“To be perfectly honest, I think she would be blown away by that episode and how they portrayed her…she always said that the truth eventually does come out,” said Allison. “My mom didn’t get to see this story finally coming out in a more realistic lens and not a vilifying lens.”

“At least my children will get to see it because they too have seen and heard about a lot of that hurt through the years,” she continued. “It gave me a sense of pride to watch her being portrayed this way. I know it will give my children that as well.”

Man spends £27,000 on Christmas decorations to turn his home into a wonderland

The Beginner's Guide to Talking Dirty in Bed