RICHARD LITTLEJOHN: As old soldiers from Britain’s last days of Empire face arrest for ‘colonial abuse’, how long before we put Rorke’s Drift on trial?

There’s a rather jolly later episode of The Sweeney, from 1978, featuring that fine actor Colin Jeavons as Lionel Gold, an East End boy-made-good up for a knighthood.

A few days before he’s about to get the tap on the shoulder from Her Maj, a two-bob gangster turns up at his Hampstead mansion with a set of compromising photographs.

Nothing Fifty Shades Of Grey, mind you. No, these snaps are of Gold when he was a squaddie in Malaya and found himself caught up in a massacre of civilians during the uprising. 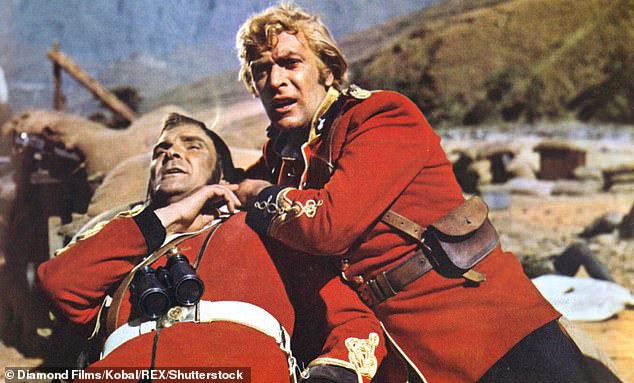 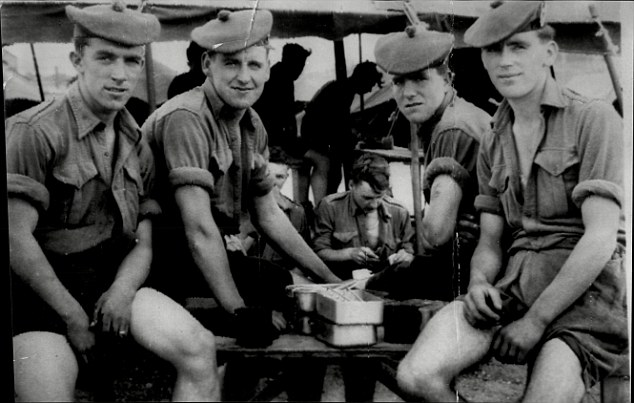 Long story short, chummy wants 50 grand in cash to stop the photos finding their way into the newspapers.

Soon, we’re into a full-scale blackmail conspiracy, involving everyone from Gold’s former commanding officer to Victor Meldrew — a youthful Richard Wilson standing in for Frank Haskins as Regan’s boss at the Yard.

The ex-CO, now a dodgy mercenary recently returned from Angola and down on his uppers, reckons Gold will pay a lot more to save his reputation and demands £300,000.

This being The Sweeney, none of it ends well and there’s claret all over the Axminster after Gold tops himself in his study, rather than risk the shame of exposure.

Even then, the Malayan Emergency was 25 years ago. The idea that someone could still be hounded by ghosts from a past life seemed absurd.

I was in my early 20s when I first saw this episode and, frankly, the military adventure in Malaya, before I was born, seemed as remote as the relief of Mafeking. 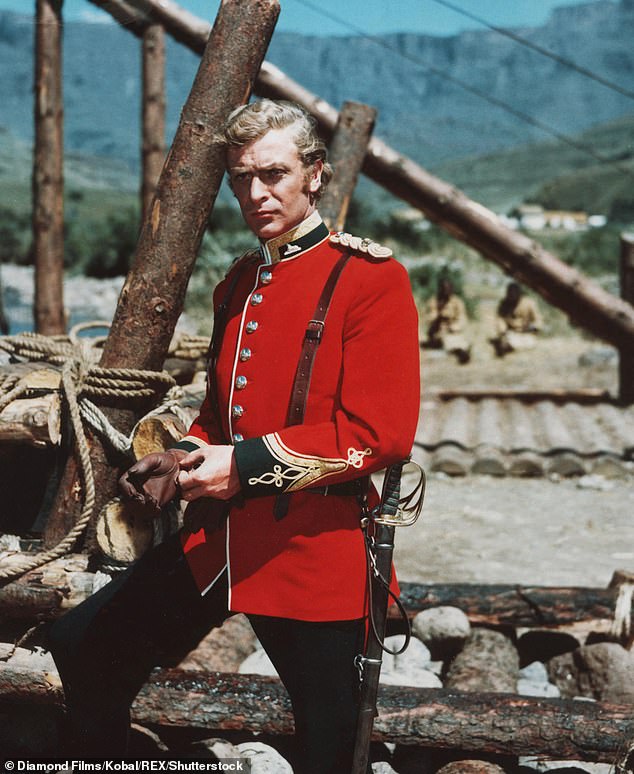 Michael Caine in Zulu. A class action was brought on behalf of 40,000 Kenyans who allege they were mistreated by British forces in the Fifties

Yes, justice does have to be seen to be done. But I’m baffled by the modern obsession with re-litigating the past, especially when it’s refracted through a present-day prism.

The police have spent years digging up the graveyards to pursue lurid allegations of ‘historic’ sex abuse against long-dead politicians.

Celebs from the Seventies have had their lives turned upside down by claims that they may once have touched up a go-go dancer on Top Of The Pops, back when Slade were Number One every week.

It’s bad enough when blameless MPs and disc-jockeys find themselves in the frame for some long-forgotten alleged indiscretion.

But the real scandal in recent years has been the persecution of ex-servicemen accused of criminal behaviour while on active duty.

What’s been visited on soldiers who served in Northern Ireland is especially monstrous — particularly when hardened IRA and Loyalist murderers were given an amnesty by Tony Blair.

At least the Troubles are reasonably fresh in the memory, even though it’s now 20 years since the signing of the Long Good Friday Agreement.

What had me harking back to The Sweeney’s Regan and Carter investigating the Lionel Gold blackmail plot was a story yesterday that British veterans of foreign wars dating back over half a century could still find themselves being arrested and tried for ‘colonial abuse’.

Claims have emerged that those who served in Malaya (or Malaysia, as we must now call it) could face charges unless the Government urgently introduces a statute of limitations on so- called ‘war crimes’. 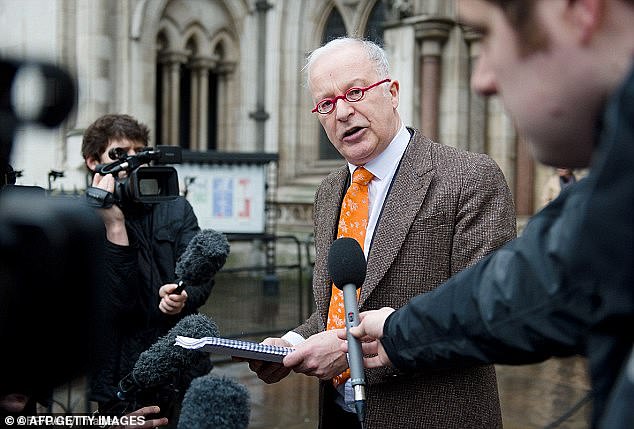 Same goes for squaddies sent to Cyprus and Kenya in the aftermath of World War II.

All this has come out of one of the longest civil trials in history, which most of us had no idea was taking place (me neither) and only ended a couple of days ago.

It was a class action brought on behalf of 40,000 Kenyans who allege they were mistreated by British forces in the Fifties.

Fortunately, the case was thrown out by the High Court after five years of wrangling, costing millions of pounds in taxpayers’ money.

How much, we’re not told. But think of a figure, double it and you still won’t be in touching distance once the assorted Rumpoles have had their sticky fingers in the honey pot.

Most of these vexatious actions are led not by the alleged ‘victims’ themselves but by spiv law firms harvesting claims to milk the legal aid and com-pen-say-shun budgets.

Remember the ghastly Phil Shyster, the pink-bespectacled, Left-wing Brummie chancer who got rich persecuting British servicemen in Iraq and Afghanistan and later declared bankruptcy when he was found out? Couldn’t have happened to a nicer man.

With no specific time limit, Jonathan Duke-Evans, who used to run the litigation section of the Ministry of Defence, warned that ‘large numbers of new claims from other end-of-Empire operations many decades ago would suddenly emerge from places like Cyprus and Malaysia, and that evidence to defend the cases would no longer exist.’

Why stop there? Once the briefs sniff a bumper pay-day, all bets are off. We’ve already had the Old Bill trying to prosecute politicians posthumously.

With Britain’s rich military history, the sky’s the limit. There must be a few old sweats who landed on the beaches on D-Day and are well overdue for a tug on war crimes charges.

Maybe the lawyers can launch a retrospective action against the estate of the Duke of Wellington for failing to exercise enough restraint over his troops at Waterloo.

The evidence is staring us in the face. On the eve of battle, Wellington remarked of his own soldiers: ‘I don’t know what effect these men will have on the enemy but, by God, they frighten me.’ Case closed. Trebles all round.

Come to think of it, my great-grandad Littlejohn was at Mafeking. I wonder if he always obeyed the Queensberry Rules when dealing with the Boers.

If not, I could be getting a dawn raid any time soon, as the families of the South Africans involved launch a civil suit for compensation. Maybe they can put Michael Caine in the dock over Rorke’s Drift for atrocities against the Zulu nation.

At this rate, no one who ever served in the British armed forces will be safe, dead or alive.

‘Lance-Corporal Jones. I’m Inspector Jack Regan of the Flying Squad and this is Sergeant George Carter. You are charged that at the Battle of Omdurman, in the Sudan, in the year of Our Lord 1898, you did fix bayonets and were heard to shout: ‘Them fuzzy-wuzzies don’t like it up ’em!’ — in contravention of both military discipline and the Race Relations Act 1976.

And, remember, we always bait responsibly

Almost as annoying as Spurs’ capitulation in the North London derby on Sunday was the bombardment of TV betting adverts before, during and after the game.

Look, I don’t want to stop anyone having a flutter, but it sometimes seems as if gambling is about the only area of economic activity in which Britain still leads the world.

I’m not a gambling man, but I know plenty of people who are. Some of them would bet on two flies crawling up a wall. So it came as no great surprise to learn that the latest ‘sport’ to attract the bookies is badger-baiting.

Yep, you did read that right. Badger-baiting is apparently being streamed live on the internet for the benefit of determined punters.

After the mauling Spurs got at the hands of Arsenal, I’d welcome half an hour of live badger-baiting as a little light relief. How long before Sky Sports picks up Premier League badger-baiting, maybe as a pay-per-view event?

Can’t wait for the half-time adverts from Ray Winstone, complete with Wind In The Willows waistcoat.

‘We are members of the world’s biggest online badger-baiting community. And, remember, we always bait responsibly.’

'Attack on Titan': Does Keith Shadis Die in the Manga?