At least some of the people who tune in to Luxe Listings Sydney, which follows three players in the very highest echelons of the Australian property market, will be hoping to have their worst prejudices about real estate agents confirmed. And for Paul Franklin, whose company made the six-part series for Amazon Prime Video, that’s absolutely fine.

“I’m a big believer that shows need heroes and villains,” says the co-founder and co-CEO, with Chris Culvenor, of Eureka Productions. “People might tune in to hate-watch but I think they’ll fall in love with it. It’s a very disarming show. There’s a lot to love in it.” 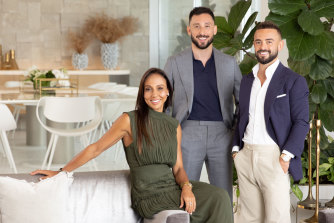 The key to it working or not will be how people respond to the three leads, rival agents D’Leanne Lewis and Gavin Rubinstein and buyer’s advocate Simon Cohen. Collectively, they tick all the boxes one might expect – they’re deal-driven, by turns charming and cold, and hyper-competitive.

“They’re all real estate rock stars,” says Tyler Bern, Prime Video’s head of content for Australia and New Zealand. “They really work hard, they care about their clients, and they are masters of their craft.”

So far so expected. What makes this a different proposition than, say, Selling Houses Australia is that we get to see them not just as deal machines but as human beings (that said, after four episodes I’m still on the fence about Rubinstein).

Lewis grew up in Apartheid-era South Africa, moved to Australia in 1982 and began working in real estate in her late teens. She’s an award-winning agent and a single mother for whom family means everything. It’s not just platitudes either; you get a real sense of it as the show sits in on a family gathering for her father’s 80th, D’Leanne juggling cake and kids and calls from a client who’s cutting her loose because not even her prodigious sales skills are enough to get the unrealistically high price he wants. 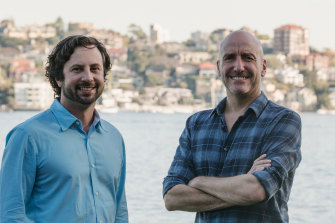 Rubinstein sees Lewis as the old guard he is determined to topple with his flash, brash loads-a-cash swagger. And Cohen, who is mates with Rubinstein but always low-balls his listings, provides plenty of comic relief with his match-making, baby-obsessed Jewish parents, his glamorous former-model offsider Tammy Soglanich, and his young assistant Liam (who is, in one hilarious scene, accidentally locked inside Cohen’s car, tooting wildly on the horn, while the other two head in to an open for inspection).

“Obviously you want great characters with layers to them and depth, but they’ve also got to be highly skilled, and that’s often hard when you’re casting for any factual show,” says Franklin, who credits new-kid-on-the-block production company Kentel with having sourced the three agents and bringing the initial concept to Amazon, which then brought Eureka on board. “But these guys have got it, they are really layered characters. As polished and perfect as they might seem, they have flaws and they’re not afraid to show those.”

Adds Bern: “This show is about the talent, it’s not a transactional show. The houses are fabulous, but they’re the backdrop.”

Well, sure. But for all the talk of characters and B-storylines and comic relief, there’s no getting away from the fact the backdrop consists of some truly staggering real estate with jaw-dropping prices to match.

“These houses, 99 per cent of us will never set foot inside,” says Franklin. “We visit something like a quarter of a billion dollars’ worth of properties on the show.”

It is rare air indeed: you’ll see what a house with an asking price of $55 million looks like; you’ll be in the room as a place with killer harbour views (seemingly obligatory at this level) sells for $10 million above its $14 million reserve; you’ll even see a tiny flat with absolute beach frontage in Bondi sell for more money per square metre than any other place in Australian history.

Culvenor and Franklin spent years at Shine fine-tuning the crowd-pleasing formula behind reality juggernauts such as MasterChef Australia and The Voice. They launched Eureka in 2016, and with a slate that includes shows here and in the United States (including The Chef’s Line, Holey Moley, Dating Around, The Amazing Race and the controversial-even-before-it’s-made Netflix docusoap Byron Baes) they are enjoying a real purple patch.

“We’re having a pretty good run at the moment,” concedes Franklin. “But Chris and I are like, ‘Well, you should have been with us for the first four years.’ ” 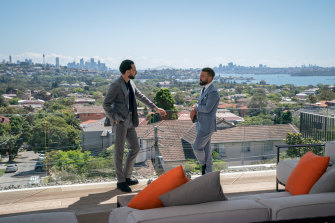 The streamers’ move into reality programming hasn’t just opened new business opportunities for companies like Eureka, it’s opened up new ways of telling stories, with longer run times, the absence of ad breaks, and an invitation to binge watch.

“More and more you’re looking for a way not to end the episode at the end,” says Franklin. In the case of Luxe Listings, that translates to cliffhanger endings, with gavel poised on the third and final time; it may be a device almost as old as the screen itself, but it is super effective.

“With some streamers we’ve been exploring the idea that if you have eliminations, you never eliminate somebody at the end of an episode. Why would you do that? That gives the viewer a chance to say, ‘OK, I’ve had my fix, now I’ll go watch something else.’

“You try to keep it rolling forward so that when you get to the end of an episode nothing’s fixed, it’s all open-ended, so you’ve got to keep rolling straight to the next one. It’s a hook at the end as opposed to a full-stop.

“There are other ways to pull people forward,” he adds with a chuckle, “than ‘have they burnt the steak or not’.”

‘There’s no way to sugarcoat it, I thought I could fix it, but I couldn’t’

Did Prince Charles Really Have An Affair With His Sons’ Nanny, Tiggy Legge-Bourke?