The Royal Family is set to grow in the very near future, with the latest Royal Baby due in just a matter of weeks. While some details have been unveiled, Meghan Markle and Prince Harry have tried to keep a lot out of the pregnancy out of the spotlight. So, what will happen when the youngster is welcomed into the world? With the tot being seventh-in-line to the British throne, the Duke and Duchess of Sussex’s baby will be more likely to lead a life more out of the limelight to their cousins, Prince George, five, Princess Charlotte, three, and Prince Louis, 11 months.

And, with Kate Middleton and Prince William having had plenty of experience with young children, the new parents may adopt a trick that’s been used by the Cambridges.

The suggestion came during the ITV programme Secrets of the Royal Babies: Meghan and Harry, which aired tonight.

In the documentary, contributors considered how the Duke and Duchess of Cambridge have been able to ensure privacy for their children during their younger years – giving them the opportunity to enjoy their childhood.

The parents-of-three have released a number of photographs of their children over the years, which Kate, an avid photographer, has taken herself.

And, in tonight’s programme, contributors considered how this has meant the Cambridges have managed to reduce the amount of exposure the children have had to professional photographers.

The voiceover explained: “One way Harry can protect his child’s privacy, is to follow a much more intimate style of portraiture, adopted by his sister-in-law.”

A royal expert went on: “A lot of the time now Kate takes her own pictures, and she sends them to the media, and we get them that way. 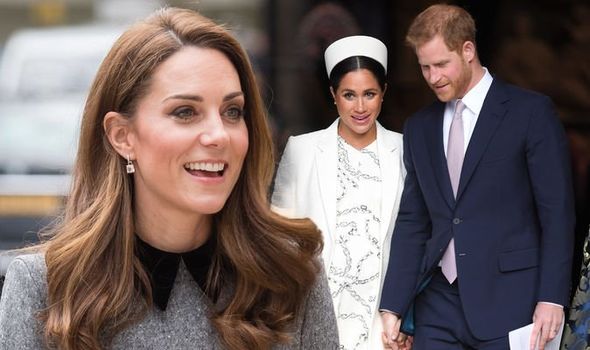 A lot of the time now Kate takes her own pictures, and she sends them to the media

“Kate is quite good at them too.

“Where she’s got the access, that makes it a lot easier doesn’t it.”

As such, when the time comes, it may be that Prince Harry and Meghan choose to take, or at least release, their own photos of their children during their upbringing.

Meghan and Prince Harry announced the exciting news of their pregnancy back in October last year.

An announcement posted on Instagram said that the Royal Baby was due in spring. 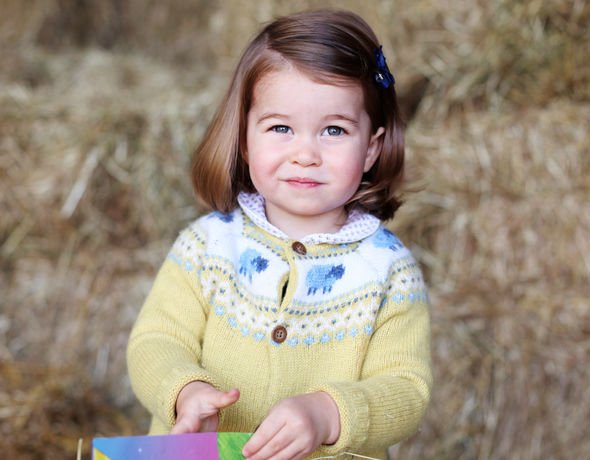 Royal baby in pictures: Royal babies through the years

Royal baby in pictures: Royal babies through the years

The Duchess of Sussex later told well-wishers that they were expecting the tot at the end of April or beginning of May.

Ahead of the arrival, a royal fan has urged Meghan not to pose for pictures outside of the hospital with the newborn like Kate Middleton and Princess Diana have done in the past.

Taking a full page advert out in the New York Times, Chelsea Hirschhorn is the CEO of Fridababy penned an open letter to the Duchess.

In the request, she suggested that the trend does not reflect the painful experience of birth and its aftermath that new mothers encounter.

Secrets of the Royal Babies: Meghan and Harry is available on ITV Player now.

Who is Meghan Markle? Quick profile

Her father was previously married to Roslyn Loveless and Meghan has two elder half sibling – sister Samantha Markle and brother Thomas Markle Junior.

Meghan’s first television appearance in the USA was in an episode of the medical drama General Hospital in 2002.

She later moved on to roles in CSI, Without a Trace and Castle along with bit parts in Hollywood films including Get Him to the Greek, Remember Me and Horrible Bosses.

Meghan was also a “briefcase girl” on Deal or No Deal – but her most famous role was as Rachel Zane in legal drama Suits, which launched in 2011.

She was written out in the finale of the seventh series when her character got married, which aired in April 2018 – just before she got married herself.

Meghan Markle’s career in television has gone hand-in-hand with her support for causes close to her heart.

She wrote about the stigma around menstrual health in an article for Time magazine and was a Global Ambassador for World Vision Canada – with whom she travelled to Rwanda for the charity’s Clean Water Campaign.

And her commitment to gender equality has seen her work with the United Nations – receiving a standing ovation in 2015 for her speech to mark International Women’s Day.

In September 2011, she wed film producer Trevor Engelson, who she began dating in 2004.

She was in a relationship with celebrity chef Cory Vitiello for almost two years, before they broke it off in 2016 but the two remain good friends.

And in June 2016, she met Prince Harry on a blind date set up by a mutual friend.

Their relationship began in October that year and just over one year later, on November 27, 2017, the pair announced their engagement.

Some have claimed Meghan Markle is the first mixed-race member of the Royal Family.

Historians are still arguing about Queen Charlotte, the wife of King George III.

But Meghan will be the first royal to openly embrace a mixed-race heritage.

She has written about the difficulties of being a biracial actress in Hollywood as she claims she is not black enough for some roles and not white enough for others.