Meghan McCain celebrated her time on the daytime TV staple and looked to the future on her last episode.

The day has finally come that Meghan McCain, 36, said good-bye to her co-hosts on The View. Meghan’s last episode on the daytime talk show was Friday August 6, and it was certainly an emotional affair. She has been a permanent co-host of The View since 2007, and she spoke about what an impact the show has had on her life. “I don’t know what else to say other than thank you all again. You women have been so incredible to work with,” she told her co-hosts

While Meghan was known to butt heads with her co-hosts on numerous occasions, her fellow co-stars seemed sad that she won’t be a fixture on the series any longer. Before showing highlights of Meghan on the show, Whoopi Goldberg called her “a  co-host who’s never been at a loss for words since she joined the hot topic table four years ago.” Besides her colleagues, Arizona Democratic Senator Kyrsten Sinema was a guest and raved about her friendship with Meghan. The crew also surprised Meghan with a video message from former Republican Speaker of the House Paul Ryan, wishing her the best.

To celebrate her final show, Meghan’s mom, Cindy McCain, was one of the guests. Cindy gushed over how proud she was of her daughter, and what she looked forward to after her run on The View ends.  “I’m so proud of Meghan. What I look forward to in many ways is to be able to see more of her and to see more of my granddaughter Liberty. I think she’s done a wonderful job. I love her independence,” Cindy said. “I’m glad she chose a little bit of family over too much work right now.” 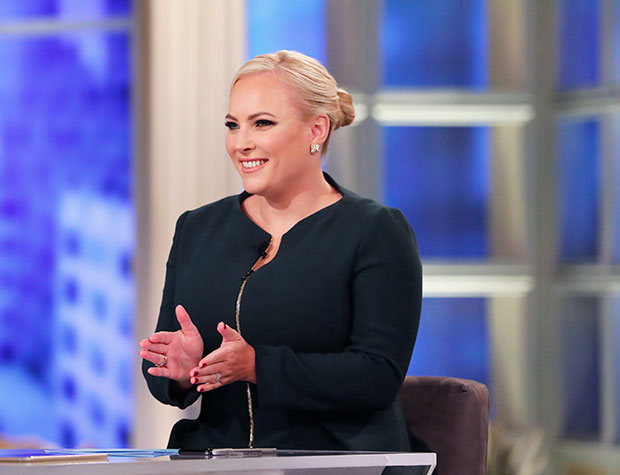 Before her final episode aired, Meghan tweeted her appreciation to be a part of the iconic talk show on Thursday August 5. “Thank you for allowing me the privilege of sharing my opinion with you every day. I wish my cohosts and the show the best of luck and good will going into season 25,” she wrote.

Meghan announced her plan to leave the show at the beginning of the month in the July 1 episode. The co-host announced that it was not “an easy decision” and she considered it a “privilege” to be a part of the show. Meghan mentioned that the plan was at least in part inspired by her move to Washington D.C. during the COVID-19 pandemic. Having already split time between the capital and New York city, she said she wanted to stay in the city with her husband  Ben Domenech to raise their daughter Liberty. “I just have this really wonderful life here that I felt like I didn’t want to leave,” she said at the time.

When Meghan first announced that she was leaving the show, she said that her dad, late Senator John McCain, was a key reason that she joined the show. During Friday’s episode, Meghan’s mom reiterated just how proud the senator would be of his daughter. “He thought [The View] would be a good format for her. We used to call her John McCain in a dress when she was little. We knew she could do it, we knew she had the ability to make waves or deal with controversy, all the things you do so well on this show. He also wanted her to have an opportunity to really express herself and spread her wings a little more,” Cindy said.

Even though she’ll be leaving The View, Meghan already seems like she’s getting busy on her next project. She was named as the executive producer of Don’t Sweat The Small Stuff: The Kristine Carlson Story, a Lifetime movie about the author, via Deadline. The movie notably stars Heather Locklear as Kristine Carlson in her first acting role since 2017. 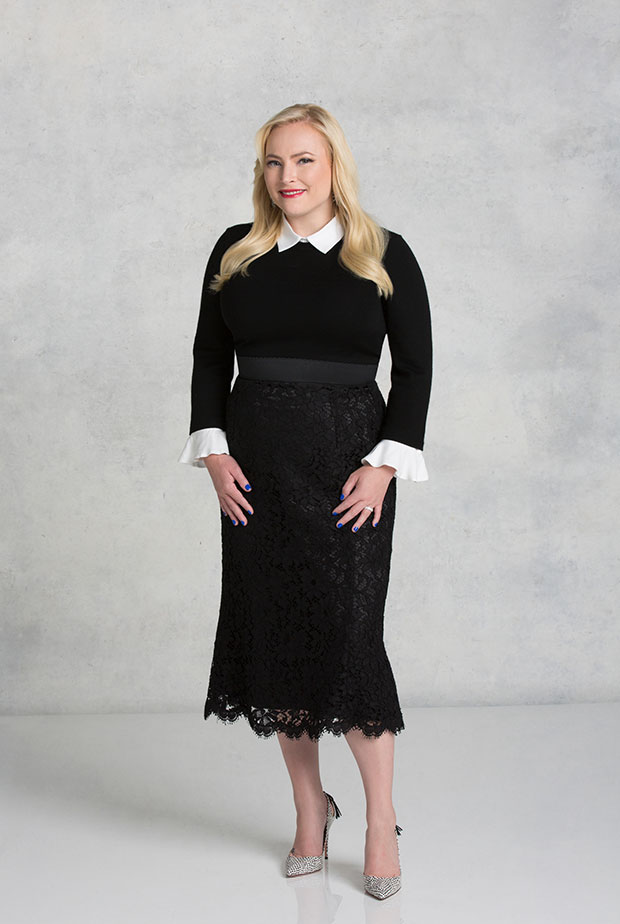 Throughout her time on The View, Meghan often offered a more conservative perspective on issues, and was not shy about sharing her opinion. She fought with her co-hosts about various issues on numerous occasions, and offered tons of hot takes on whatever the women discussed during the “Hot Topics” segments. Despite often verbally sparring with her co-hosts, Meghan also would occasionally joke and have amusing anecdotes from her life.

Goodbye – and good riddance – to the school run

Thousands collect rubbish and post about it in trashtag challenge