Hanging at home! Halsey was missing in action at the “In America: A Lexicon of Fashion”-themed Met Gala on Monday, September 13 — and they let their followers know why.

See the Stars’ Styles on the Met Gala Red Carpet

“I’m still breast-feeding,” the Grammy nominee, 26, tweeted. “I only had my baby seven weeks ago. There’s nothing more ‘American fashion’ than moms having to go back to work after just giving birth lol. I wouldn’t have had a way to pump my breasts which would have been insanely painful. I understand I’m incredibly privileged to afford time off, but the demands are still prevalent and the biology does not excuse me.” 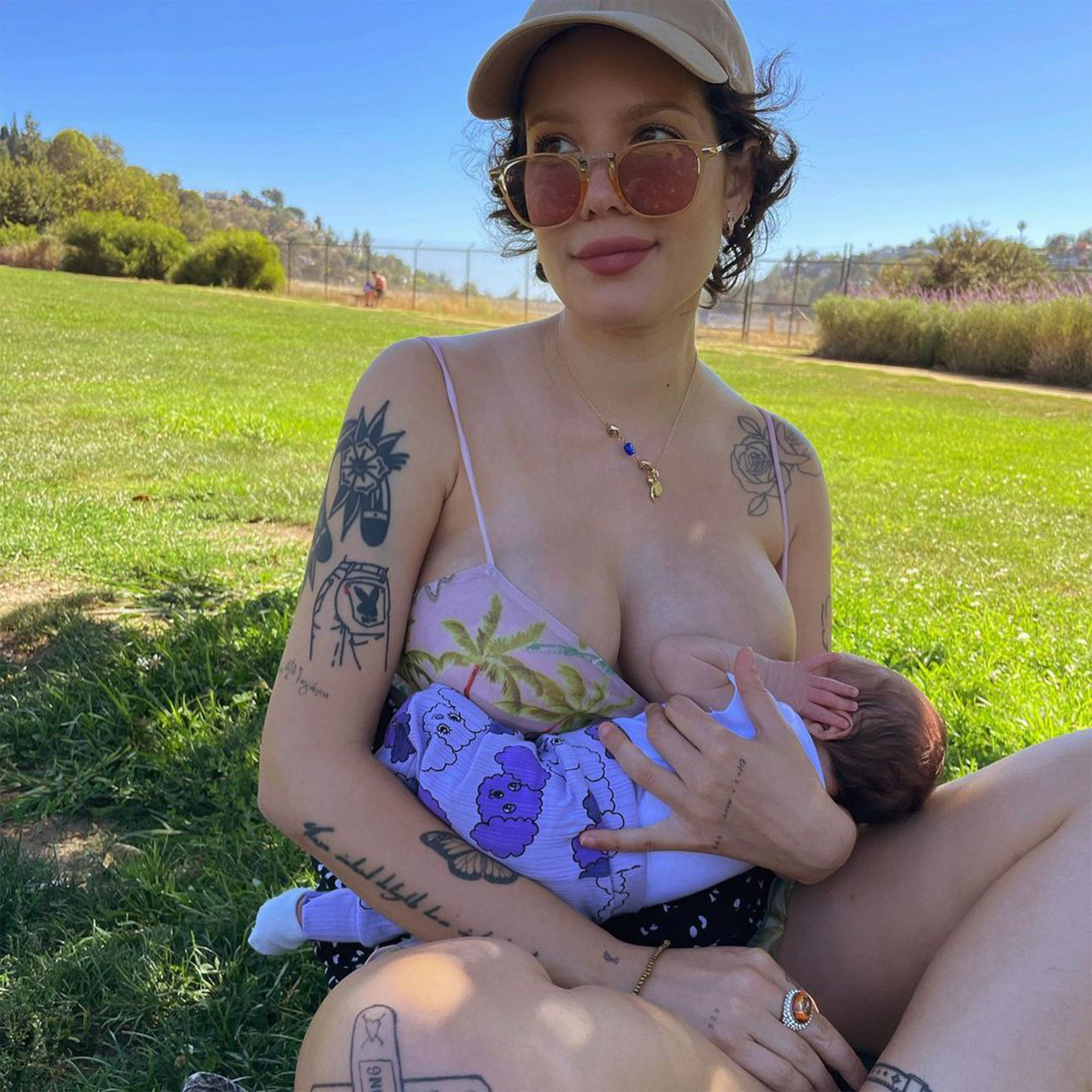 The songwriter clarified that they were not “complaining at all,” adding, “My only point was people expecting me to be there so soon after having a baby. And how it’s reflective of a more general social expectation of new moms in far more vulnerable positions. … I am so grateful. For my baby after everything I went through to get pregnant. For my undeserved comfort to spend time home. For the blessing to make art as a form of employment. But postpartum does not discriminate. That’s all I meant to say.”

The New Jersey native clapped back at a Twitter user who called them out for recently being at a party. “Being out for three hours vs nine [is different]!!” Halsey wrote. “I’m sorry I don’t know why I have to explain this.”

The “Bad at Love” singer concluded that they were doing their “best to juggle it all,” writing, “I got leaky hurty boobs, a bloody swollen uterus, and a human being that depends on me as a life force. I recognize my privilege every single day and the time it affords me with my baby. But like it or not my body is gonna do what it wants.”

Halsey and Alev Aydin welcomed their now-7-week-old in July. The couple made their first red carpet appearance as parents the following month at the If I Can’t Have Love, I Want Power premiere.

The I Would Leave Me If I Could author battled the parenting police even before Ender’s arrival, she told New Daily Music in August.

“People were like, ‘Oh, my God, you’re so young, and you have so much to do in your career, and you’re not married,’” they recalled last month. “There’s also, ‘She worked too hard, she never had a family. She’s going to die alone. She was too obsessed with work, she never found someone. It’s a shame she’s not going to have any kids, her career’s not going to hold her at night.’”

Ja Rule Just Threatened to Have Another Fyre Festival, Because We Haven't Suffered Enough