No, not as a playable skin … but still.

Game maker Epic announced on Thursday that it was celebrating the civil rights icon with the introduction of a new virtual interactive experience called “March Through Time.”

Instead of running around the Island assassinating each other, players will instead be immersed in the assassinated leader’s monumental “I Have A Dream” speech, and the history surrounding it. 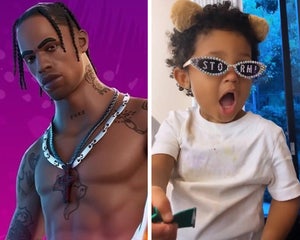 Gamers will be teleported to “D.C. 63, a reimagined Washington… and to the Lincoln Memorial and United States National Mall, where Dr. King gave his iconic 17-minute speech for Civil Rights.”

Completing collaborative mini-quests will also earn you a “D.C. 63” tag you can spray paint on walls in the game.

Watch a teaser for the experience below:

Gamers weren’t really sure how to take the news at first, especially as many on Twitter seemed to think Dr. King would actually be a playable skin — same as Mr. Meowscles, Mancake, or Mr. Peely — and thus incredibly disrespectful.

But even after the clarification, some online still weren’t convinced the well-intentioned idea was a good one.

As Black Girl Gamers pointed out on twitter, while the programmers didn’t allow weapons in D.C 63, they didn’t deactivate Fortnight’s trademark silly dances, and demonstrated with a clip of someone doing one in front of one of the screens playing Dr. King’s speech:

Others who had early access to the experience shared screen grabs of their own avatars wandering the area … in xenomorph, Master Chief and Thanos skins.

Epic claims it got the blessing of both the DuSable Museum of African American History, and the Estate of Martin Luther King, Jr … one can only assume they didn’t mention the whole Floss part. 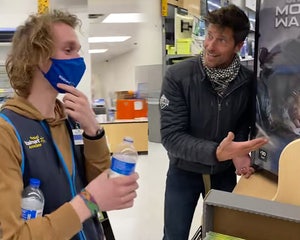 My granddaughter is moody and withdrawn since returning from travelling