Shocked mother discovered her daughter, three, COLOURED IN their Boxer dog Cupcake after she left them alone to go to the bathroom

A mother was shocked to discover her daughter had coloured in their pet dog.

Johnna Pennington, 27, of Edmonton, Kentucky, left three-year-old Alivia alone with their Boxer named Cupcake while she went to the bathroom.

She returned to find the dog’s white fur covered in multi-coloured scribbles after Alivia had used him as a canvas. 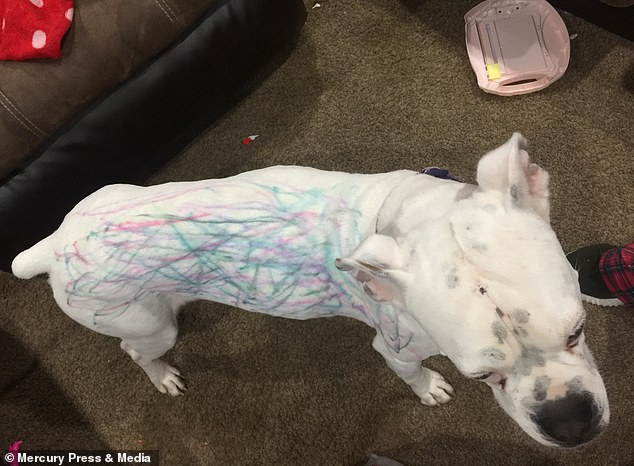 Johnna Pennington, 27, left three-year-old Alivia alone with their Boxer named Cupcake while she went to the bathroom. She returned to find the dog covered in scribbles, pictured 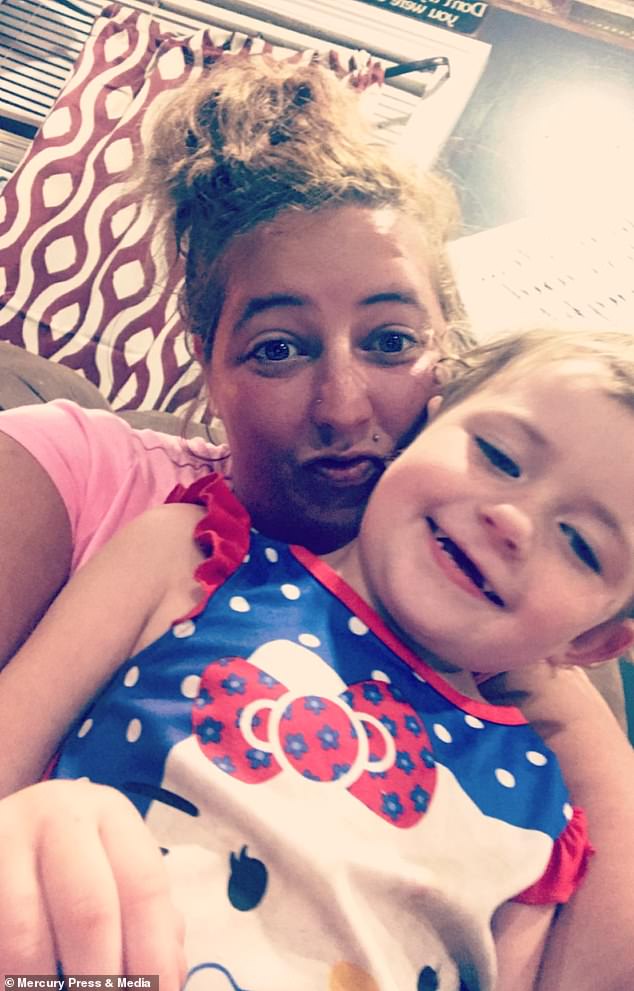 The patient pooch, one of five Boxers owned by the family, had to be thoroughly scrubbed to get clean.

Johnna said: ‘I quickly went to the bathroom and left my daughter playing with her art set – but when I came out I saw the mess my daughter had made.

‘She had coloured our white Boxer in and made her a rainbow – she was pink, purple, blue, green and black. 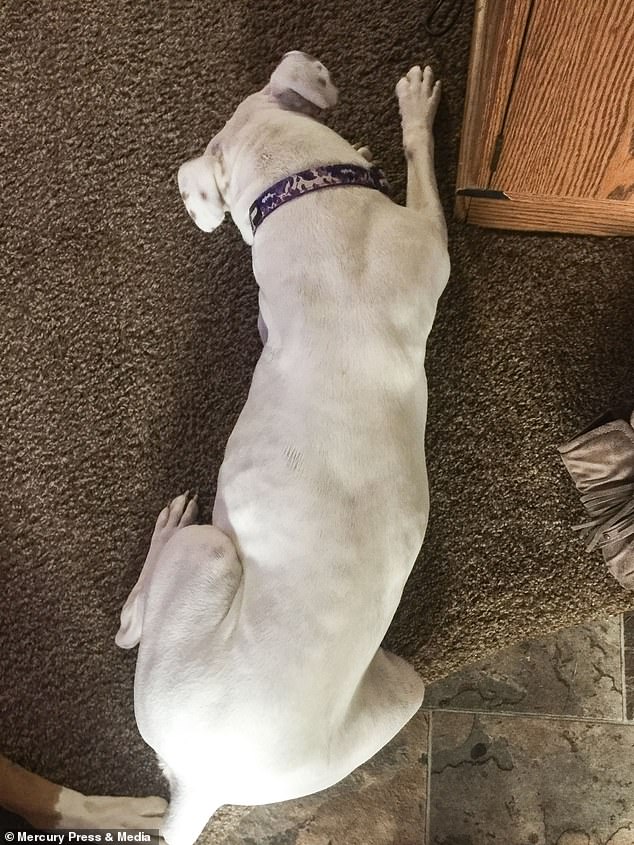 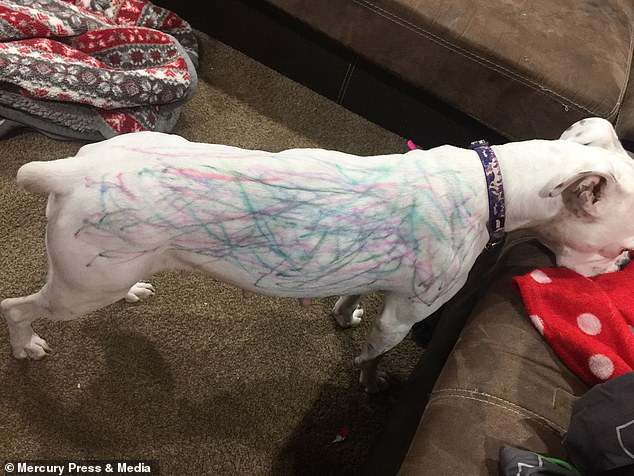 ‘She did lines of every colour that she had and just mixed them around to cover the dog.

‘At first I was really shocked, but then I realised I had to laugh it off – and just get our dog back to her normal colour.

‘So I quickly rushed Cupcake into the bathroom and ran a bath, and kept on scrubbing her until the paint washed away.’ 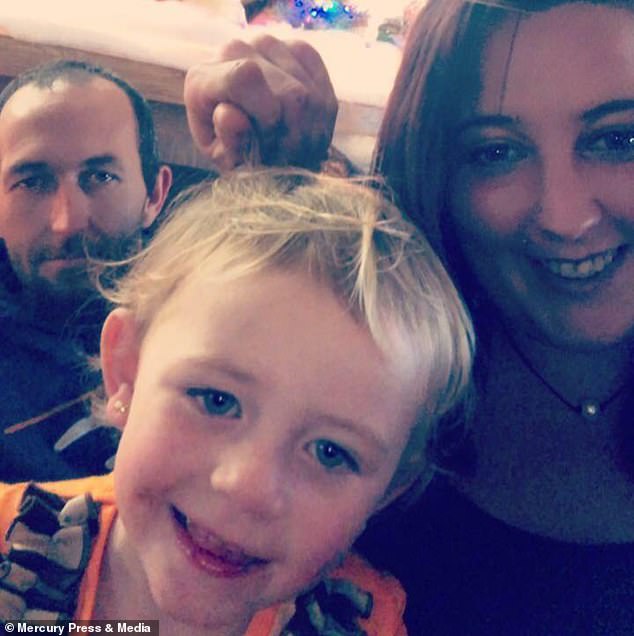 Johnna and Brent Pennington with their three-year-old daughter Alivia. Johnna, a dog breeder, said she had to scrub Cupcake in order to get him clean 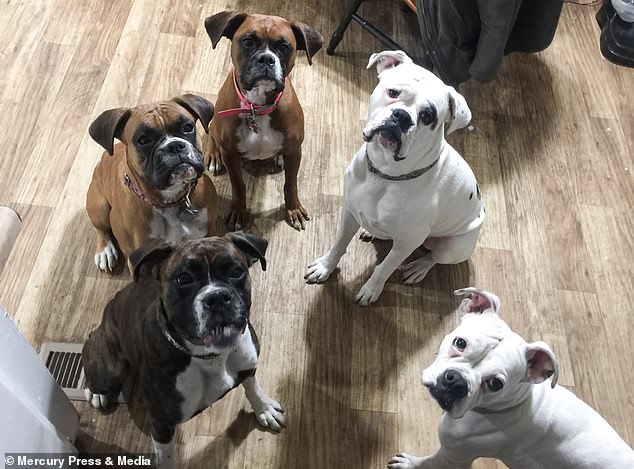 Dog breeder Johnna said she thought Cupcake had enjoyed the arts and crafts session this week.

She said: ‘When I asked Cupcake what was going on, she was just jumping with excitement.

‘Cupcake must have wanted more because she went and sat by Alivia whilst she was painting in the living room.

‘A dog is a child’s best friend – and you can tell that Cupcake just loved spending time with Alivia.’