From shabby to stylish: DIY mum-of-three transforms her small bathroom into an on-trend space with a splash of paint and clever shelving

An Australian mother-of-three with a keen eye for DIY projects has shared images of her impressive bathroom transformation.

Posting to the Home Decorating Mums Facebook group, the room originally looked dull with yellow lighting and white walls, but was transformed into a modern space thanks to a lick of paint and new wooden shelves.

The back wall became an eye-catching feature as it was painted black while the sides and ceiling remained white. 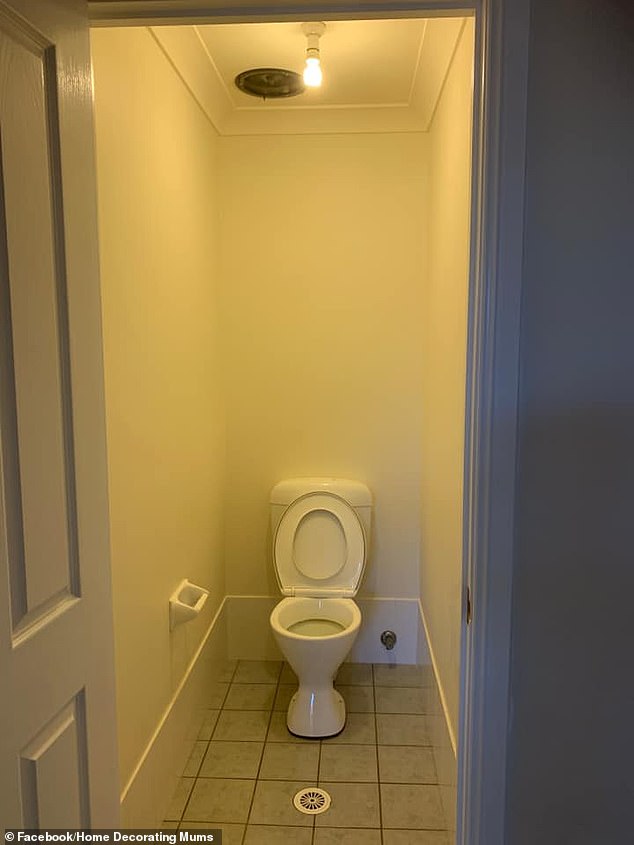 BEFORE: The room originally looked dull with yellow lighting and white walls (pictured) 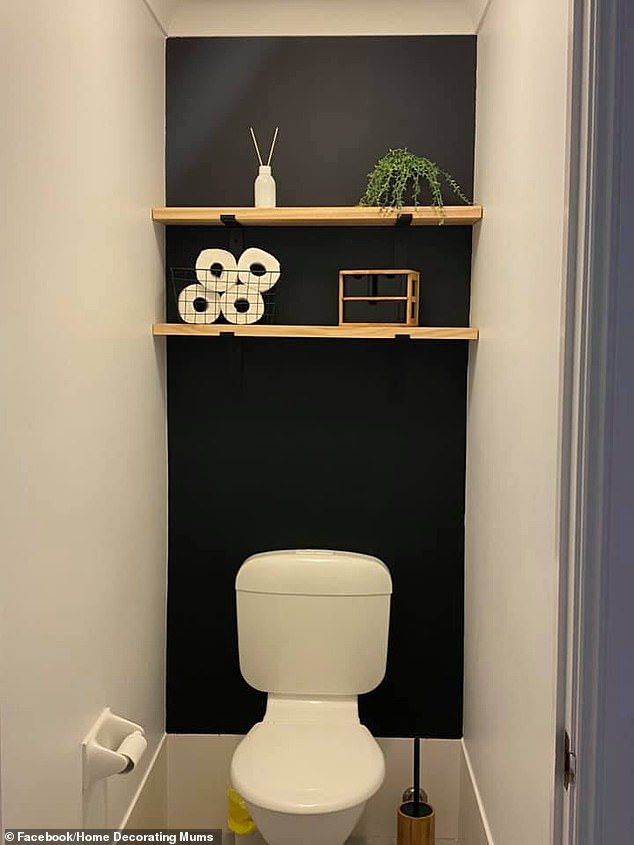 AFTER: But after a lick of paint and some shelving, the space was transformed into a modern area (pictured)

As neither the plumbing nor the lighting was touched, the DIY project would’ve been affordable to complete.

Mum Taryn was happy with the end result, but sought help online asking for ideas as to how she should decorate the side walls.

The social media post swiftly received more than 1,100 ‘likes’ from other parents who were impressed with the DIY and offered decorative suggestions.

As the space is quite small and narrow, many objected to adding other items onto the side walls as the area will become too ‘cluttered’.

‘Nothing on the side walls – it will make it feel too clustered and small. What you’ve got is more than enough,’ one woman said.

‘Change your toilet roll holder and add a picture frame to the shelves,’ another suggested.

A third added: ‘Looks fabulous! I would add a framed picture or quote on top shelf’.

Another recommended buying a larger plant for the top shelf to fill the space further, while others suggested a small piece of art.

As an alternative, another woman suggested using the $19 cubed shelves from Kmart to store the toilet rolls.

Nicole Richie and Sofia Richie pose for rare selfie together

How ‘Catherine the Great,’ ‘Chernobyl’ Challenge the Hollywood Script on Russia