Mum is shamed for her ‘fussy’ two-year-old son’s lunch by his daycare teachers who confiscated his chocolate muffin – so who is wrong?

A mum has been left reeling after her toddler’s lunch was shamed by daycare staff, who went so far as to confiscate the little boy’s chocolate muffin.

The mum said she is doing her best to cater for the ‘fussy’ two-and-a-half-year-old and couldn’t help but feel upset at the child care’s reaction to his lunchbox.

‘I think it is healthy enough for a child who is picky and for a family on one salary,’ the mother said. 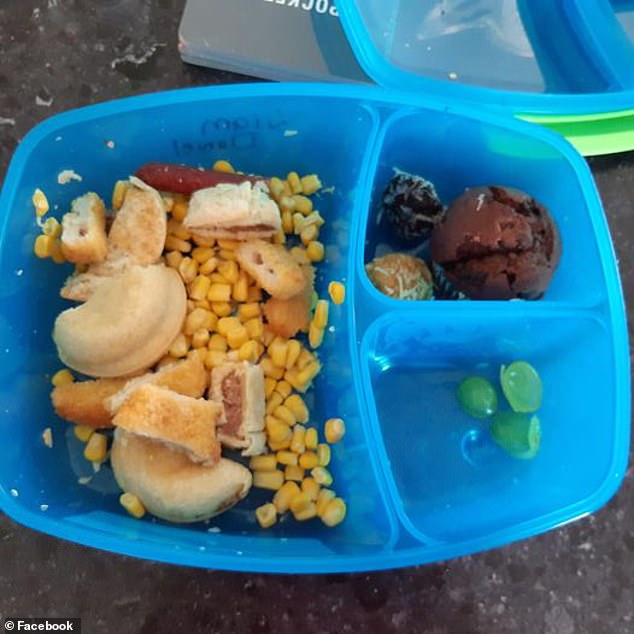 A mum has been left reeling after her toddler’s lunch was shamed by daycare staff, who went so far as to confiscate the little boy’s chocolate muffin – his lunch box is pictured above 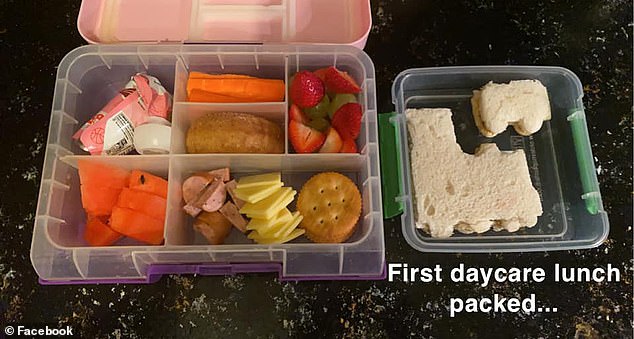 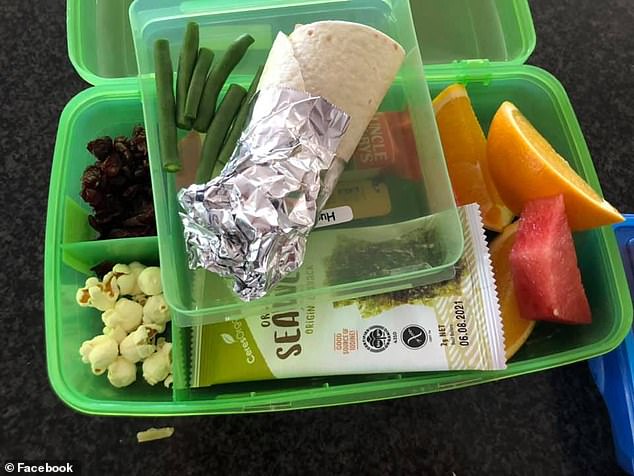 Another said a chicken wrap, fruit, popcorn and seaweed snacks could be a better meal

The photo she attached shows the boy’s half-eaten food, inside the lunchbox there is half a salami stick, some cut up party pies and sausage rolls, corn, what appears to be chicken nuggets and the chocolate muffin.

‘He only ate half the salami stick, one date and one apricot ball (which I made and has no sugar in), and all his fruit which was mango, kiwi and grapes,’ she said.

Hundreds of parents weighed in on the discussion with many agreeing schools are ‘going too far’ with their lunchbox rules.

‘I would be livid, if you want to pack your son a chocolate muffin you should be allowed to do that,’ one woman said on the post.

‘It is disgraceful these schools and childcare dictate so much,’ one person said. 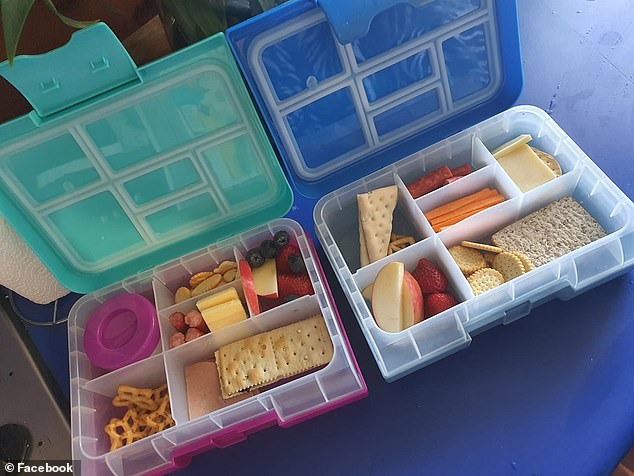 Do you think daycare educators have a right to dictate what a child has for lunch?

Do you think daycare educators have a right to dictate what a child has for lunch?

‘I think it’s pretty bad that anyone feels entitled to tell us as parents what we can and can’t feed our kids,’ said another.

‘Teachers have no right to judge as reasons for food can be sensory, financial etc. It really really upsets me. So many teachers don’t understand a lot of home baking either,’ one woman who studied  teaching said.

Others told the mum she is doing an amazing job.

‘You are doing great mumma, don’t get yourself down,’ one mum said.

‘I would be happy if my toddler ate any of that, you are doing a great job and it looks healthy to me,’ said another.

‘I pack cheese, cherry tomatoes a yoghurt, a mini cumber and a piece of fruit and water,’ one mum said.

What does the ideal school lunchbox contain? 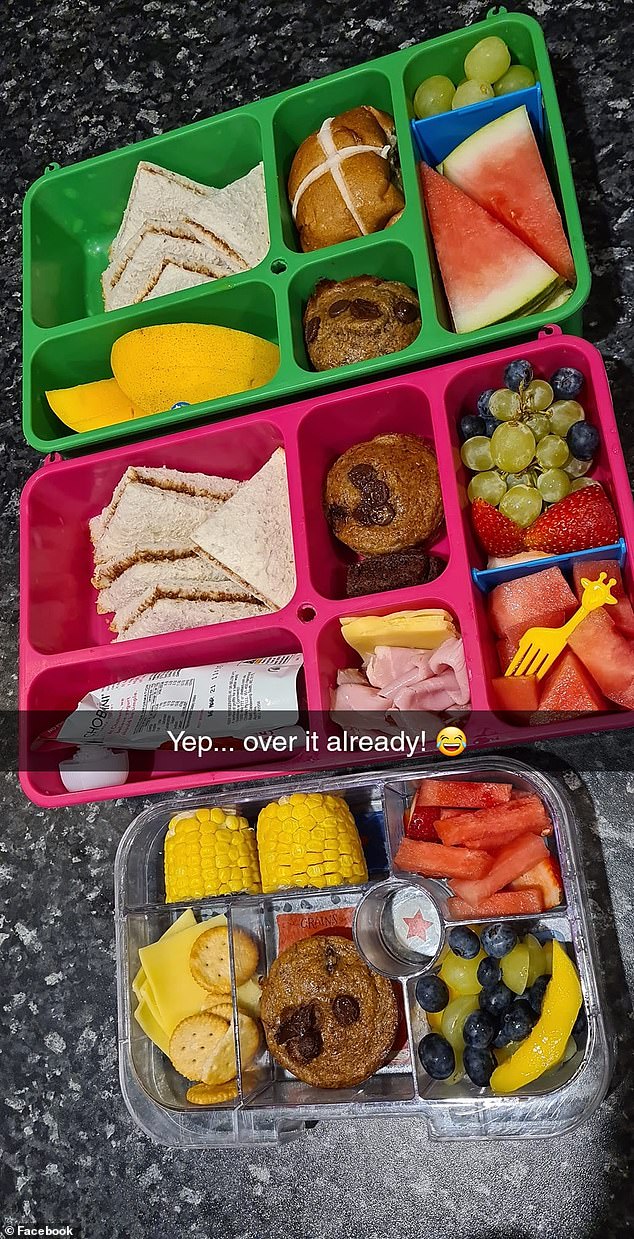 ‘I have picky kids too so I know it is so hard. I keep exposing them to at least three veggies in the lunchbox even if they don’t eat it,’ one mum added helpfully.

‘I pack seaweed wraps and popcorn for my kids and they love them,’ another said.

And others defended the child care centre.

‘Kids that age don’t need high salt foods, so I would ditch the salami stick, and any of the pre-made things that look like they might be chicken nuggets and pies but I can’t decipher it (sorry, can’t tell). Also corn is hard on the gut for little people, so I would be sparing in that in raw form,’ one mum said.

‘The daycare isn’t being rude party pies sausage rolls and nuggets aren’t in the healthy food guide they are simply doing their job,’ another said.

Others said the mother should ask the daycare to provide lunch or move her child to a different centre if she didn’t like the rules.

WHAT DID THE MUM PACK IN HER SON’S ‘UNHEALTHY’ LUNCHBOX?

Clare Crawley Flaunts Her Ring After ‘Blowing Up’ The ‘Bachelorette’: I’m ‘Excited’ To Get Married