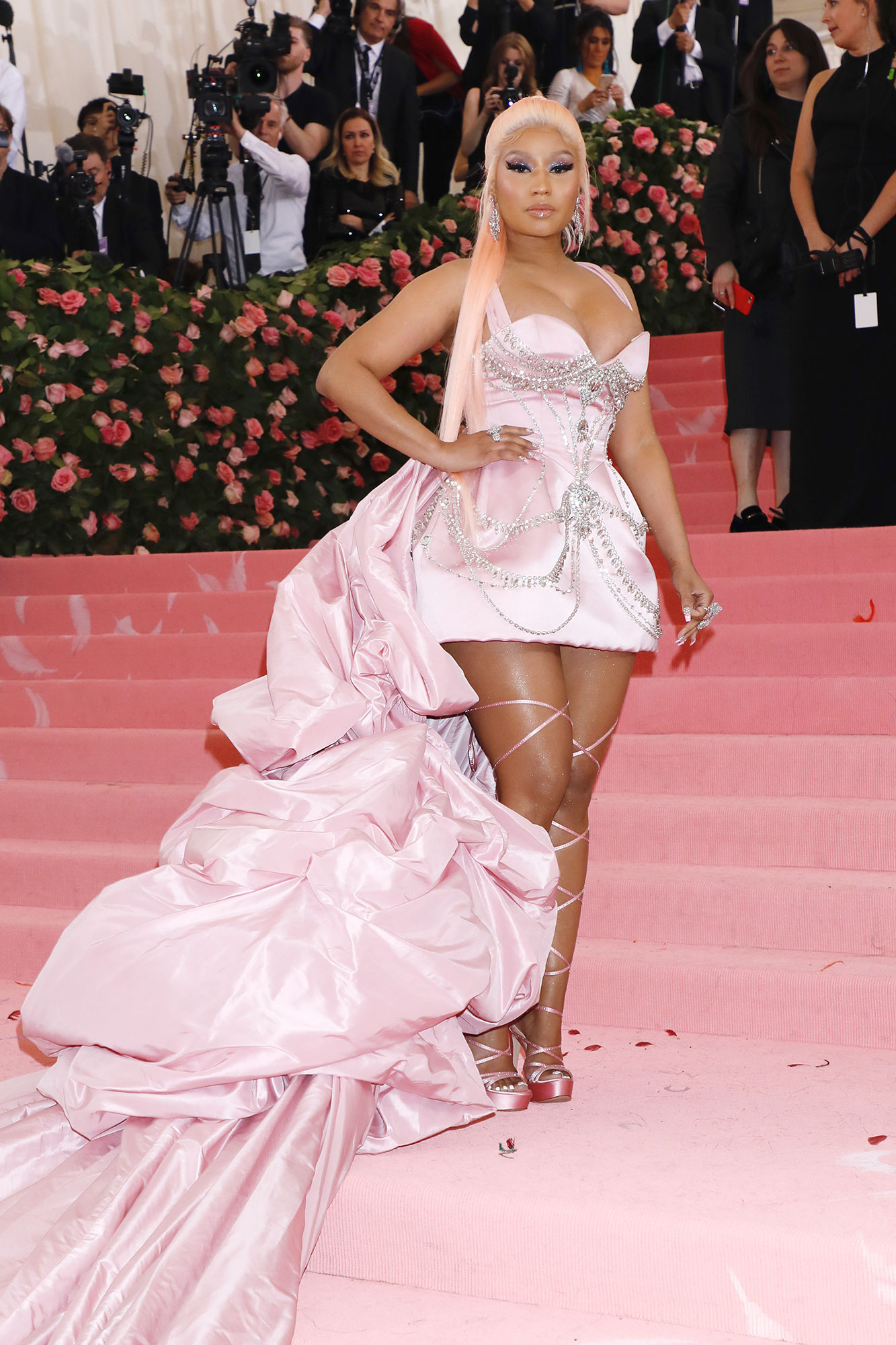 Get well soon. Nicki Minaj took to social media to clear up speculation about why she won’t appear at the 2021 Met Gala in New York City on Monday, September 13.

After a fan tweeted that Minaj, 38, “seems to be scared of covid” on Monday — and that’s why she hasn’t been attending events recently – the singer clarified that she was looking out for her son.

“I have an infant with no nannies during COVID. who mad? Not risking his health to be seen. One yaself,” she replied, referring to her almost one-year-old son whom she shares with husband Kenneth Petty.

As the performer continued to interact with people online, she revealed that her decision not to attend the MTV Video Music Awards on Sunday, September 12, came after she was diagnosed with COVID-19.

“I was prepping for vmas then i shot a video & guess who got COVID? Do u know what it is not to be able to kiss or hold your tiny baby for over a week? A baby who is only used to his mama? ‘get vaccinated’ Drake had just told me he got covid w|THE VACCINE tho so chile,” Minaj tweeted.

The “Starships” artist previously confirmed that she “pulled out” of performing at the VMAs.

“I’ll explain why another day. But I love those guys at MTV,” she wrote on Thursday, September 9. “Next year we there baby.”

On Monday, the Queen Radio host admitted that she wasn’t sure whether she had plans to get vaccinated following her health scare.

“They want you to get vaccinated for the Met. if I get vaccinated it won’t [be] for the Met,” she tweeted to a fan on Monday. “It’ll be once I feel I’ve done enough research. I’m working on that now. In the meantime my loves, be safe. Wear the mask with 2 strings that grips your head & face. Not that loose one 🙏♥️.”

Minaj, who has yet to reveal to name of her little one, originally announced that she was expecting with Petty, 43, in July 2020.

“Overflowing with excitement and gratitude. Thank you all for the well wishes,” she wrote alongside a photo of her baby bump via Instagram.

The pair tied the knot one month after welcoming their first child together. Earlier this year, the rapper opened up about dealing with mom guilt as she adjusted to working and looking after an infant.

“To the women that have to get up and go to work every day and leave the baby or put the baby in day care, God bless you,” Minaj said during an Instagram Live in July. “Like, I know that’s not easy. Like, I can do a photoshoot for two hours and when I see my baby, I feel guilty. I feel like, ‘Oh, my God.’”

Minaj’s health update comes after Us Weekly recently confirmed that her husband could face up to 10 years in prison after previously failing to register as a sex offender. Petty pleaded guilty to the charge during a virtual hearing with the Los Angeles Federal Court on September 9.

Is It January 1 Yet? Everything We're Looking Forward to in 2021