The actress, now starring in FX on Hulu’s Y: The Last Man ponders her professional journey. 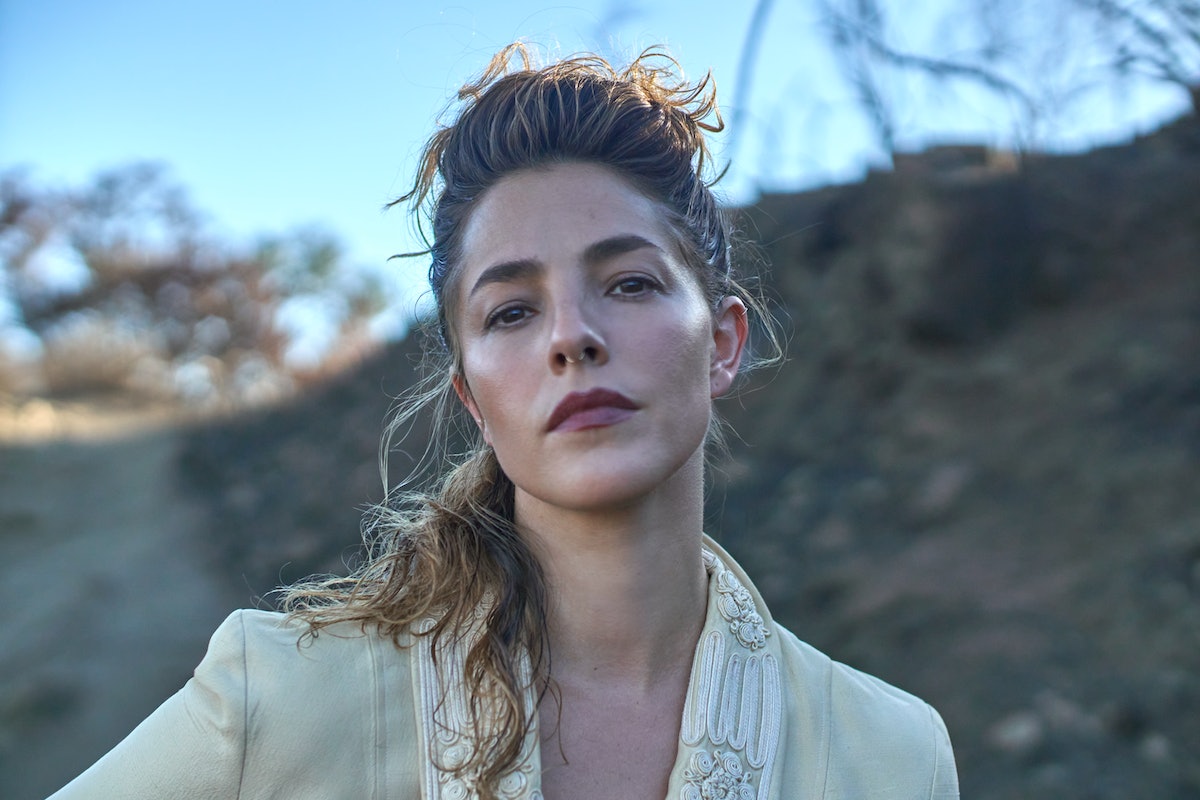 For W’s series, One Fun Thing, we invite creative people around the world to share an easy, relaxing activity that brightens up their days and keeps them sane when life gets crazy.

Olivia Thirlby started trail running by necessity. In 2020, the actress experienced the profound, pandemic-specific phenomenon of losing her exercise regimen. Prior to Covid-19, the 34-year-old New York City native was living in Los Angeles, where she regularly attended Kundalini yoga classes and participated in ecstatic dance, a type of free-form movement party that doubles as a workout and meditation session. Then, gyms and studios closed, and Thirlby was left to her own devices.

“Chanting isn’t the same when you’re by yourself, in your living room," the actress says while seated on her couch on Zoom. “And I’d been doing this dance practice for a couple of years—it was a huge part of my life. Then it was gone. I wanted to find a way to meditate that wasn’t just sitting.”

Thirlby, who lives near a state park, decided to take up hiking as her new form of exercise. I want to be doing this, but faster she remembers thinking to herself while walking up the mountain one day. Plus, she wanted to stay fit. “I’m not a runner,” the actress, who has appeared in films since she was 20 years old, recalls. “It was something that I had maybe tried a few times in my early 20s and hated. I don’t know why this desire overtook me, but it did.”

For months, she taught herself to run in the Santa Monica mountains, a Chaparral environment with loping hills. As most actors experienced during the pandemic, work for Thirlby was scarce—she’d just finished a recurring guest spot as a queer minister on The L Word: Generation Q, and was waiting for the next thing to come around. (“I’ve always joked that being an actor is like being professionally unemployed,” she adds, laughing.)

To keep herself occupied and motivated, she ran. While she ran, she worked through the kinks in her mind. She’d process things that were bothering her or making her feel frustrated or angry. She’d move through the thoughts that were stuck or stagnant in her head. Or she’d come up with highly detailed plans of the elaborate meal she intended to cook for herself when she got home.

Four months after she began running, Thirlby’s boyfriend suggested they go to upstate New York, where his friend had some land. They intended to live “very primitively,” as Thirlby puts it: off the grid, with no Wi-Fi and little cell reception. “I was like, sure, I’ll come for a month,” she says. “That sounds fun.” She ended up staying for four months, living on a platform her boyfriend built in the dense woods of the Hudson Valley.

The actress brought running with her. She purchased a new pair of running shoes and got into single-track trail running, which she describes as “very dynamic. You can’t be looking around because you have to be looking down.” It was, needless to say, an entirely different running environment compared to the arid landscape of the Los Angeles-area mountains. “I learned how to run flat, which was a new thing,” she adds.

And then, one day in August 2020, Thirlby received a call for auditions in her inbox for what would become her next project: the part of Hero in the new FX on Hulu series, Y: The Last Man, which was released on September 13, and tells the story of a post-apocalyptic world where every being with a Y chromosome has died. “It was the first bud coming out of the soil of the cold, frozen ground of Covid,” Thirlby says. “That was part of what made it so exciting.” Once she got the part, Thirlby began having Zoom sessions with the showrunner, Eliza Clark, wherever she could pick up Wi-Fi. (One location was in the parking lot of an outdoor café.)

At first, Thirlby wasn’t sold on the idea of moving to Toronto to film The Last Man, which is based on a comic book series by Brian K. Vaughan and Pia Guerra. “There were a lot of things about the role that intimidated me,” she says. But during these Zoom conversations with Clark, (or, Eli, as the actress fondly calls her) Thirlby experienced a change of heart. “It’s a story that is about a global pandemic, which is very close to home and not something that I necessarily wanted to pander to,” she says. “I was asking Eli, at the core, what is the story? What is it really about? And she said, ‘It’s about the different levels of identity that we all have, and what happens when they get stripped away. We have to figure out who we are when we’re not what we thought.’ That was so resonant to me, in my own personal life, as well as what the whole world was going through.” Three weeks later, she was in Toronto, ready to film.

And again, running came with her. Although the Canadian city was foreign to Thirlby, she was determined to make it a place of comfort and peace. She purchased yet another pair of sneakers and learned how to run in the snow. “It’s kind of like running in the sand, except very slippery,” she says brightly. She jogged through icy parks from October 2020 until the end of July this year, when filming wrapped. “I’ve never played a character for so long, so many months at a time,” Thirlby says. Her previous roles—as Leah in the 2007 film Juno, as Natalie in The Darkest Hour, and as Judge Cassandra Anderson in Dredd—never required this much of a time commitment. “Hero was my dark mirror,” she says. “She comes across as very angry and dark and violent. She showed me a lot of pieces of myself that could still heal.”

Now, Thirlby is back in the mountains of Los Angeles, having returned home from her sojourn on the East Coast. But she still runs wherever she goes—saying it’s made her “strong in ways that I hadn’t ever been strong before.” It was the thing that anchored her through a nutty year during which she was uprooted, unmoored—and to this day, she still wakes up in the morning early, excited to run in the hills.

“Running was the beginning of a physical practice that helped me as a performer, helped me across all the other areas of my identities,” she says. “That’s the great work of my life: removing onion layer by onion layer, every notion of identity that I’m attached to. That’s the work of being human. That’s what enables me to get in touch with the piece of myself that is there no matter what.”