Forget different glasses for red, white and fizz, The Queen’s wine expert claims: One glass is all you need this Christmas (but it’ll cost you £35)

Like most of us, Jancis Robinson had a cupboard full of mismatched wine glasses: tall elegant ones, short stubby ones, enormous ‘fish-bowls’ that wouldn’t fit in the dishwasher. But none ever seemed quite right.

Which was how Jancis, one of the world’s leading wine experts, came to create her own ‘perfect’ wine glass with British tableware designer Richard Brendon.

She says you can use it for white and red wine, sherry, port and even Champagne — so no need for the usual forest of glasses on your Christmas table.

‘I have been writing about wine for 43 years and I’ve never been thoroughly convinced that different-shaped glasses will alter the taste of the wine,’ says Jancis, 68. ‘I’m also a pragmatist and very few of us have unlimited cupboard space to keep dozens of different glasses.’ 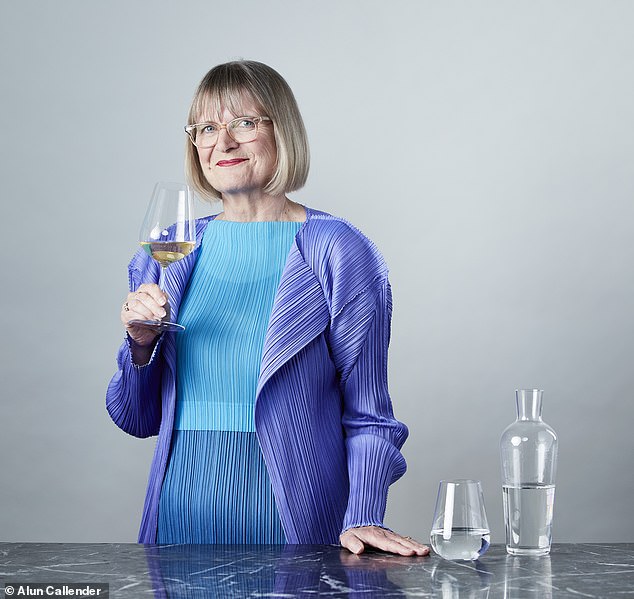 When it came to design, she certainly knew what she didn’t want.

Remember the Seventies ‘Paris goblets’ with their small, rounded bowls that were once a staple in every British kitchen cupboard? Well, they’re the wrong shape (too rounded at the top) and the glass is too thick, says Jancis, adding: ‘I have to say it was never a sublime experience to taste wine in those.’

She also came to loathe the huge, balloon-shaped red wine glasses that became popular in the Nineties: ‘Wine gets lost in a little puddle at the bottom — and they don’t fit in the dishwasher.’

So, what exactly does constitute the ‘perfect’ wine glass?

First, the bowl of the glass should taper towards the top, so that when you swirl the wine around before drinking (which you really should do, apparently), the aromas get trapped in the glass and don’t immediately escape.

‘The opening at the top has to be big enough to get a really big nose in, but not so big that once you swirl the wine it would spill,’ says Jancis.

The stem, meanwhile, has to be sturdy, and long enough for a big hand to hold without warming the wine, but short enough to fit in the dishwasher. ‘That’s a no-brainer,’ she says. ‘You don’t want to be hand-washing loads of them — that’s when most breakages occur.’

Then there’s the rim. Jancis wanted it to be as thin as possible (which meant the glass had to be mouth-blown rather than machine-made), but also resilient. ‘It’s so sensual,’ she says of thin-rimmed glasses. ‘You feel you are being put in touch with the wine.’

The size of the bowl is also crucial. Ideally, you want to fill a wine glass only one-third full, so there’s adequate swirling space. 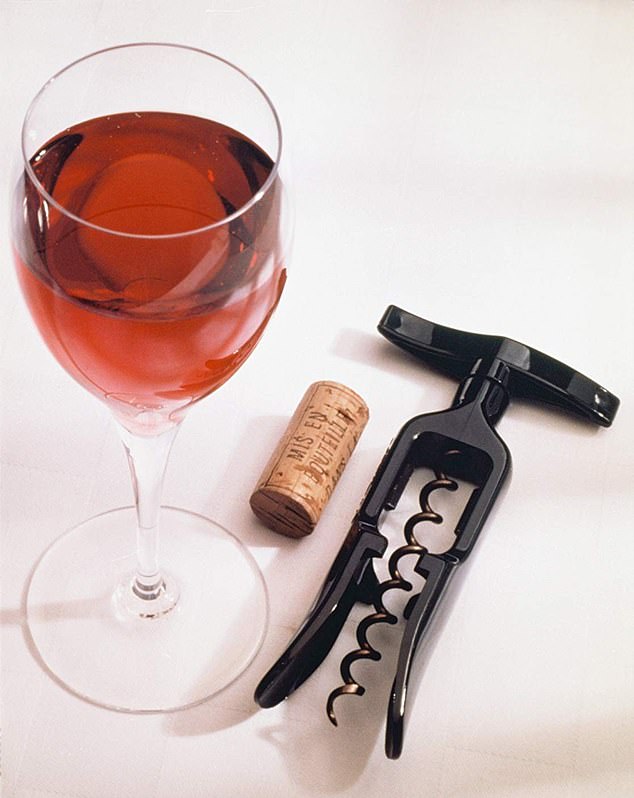 Jancis’s glass has been designed to hold a 125ml measure of wine, port or champagne

Jancis’s glass is designed to hold a 125ml measure, exactly one-sixth of a bottle, when filled to its widest point. ‘I also wanted it to be an utterly classical shape — no corners to hinder the aroma rising up,’ she says.

This aroma is vital to the wine-drinking experience, she maintains, and it’s why we should always put our nose in the glass after swirling and sniff before taking a sip.

‘Swirling releases the lovely aroma, which is at least half of what you’re paying for,’ says Jancis. ‘Our noses are much more sensitive as bits of tasting equipment than our palates. The subtlety of the wine is in the aroma — you get all the nuances and character.

‘I am not advocating everyone becomes poncey about this, but just swirl the glass and give a thoughtful sniff.’

But can you really use just one glass for red, white and even sparkling wine? ‘I can’t see the logic of having white wine in a smaller glass than red,’ insists Jancis, the author of 24 books on wine, presenter of TV’s first ever wine show and — since 2004 — a wine adviser to the Queen.

‘White wine is every bit as nuanced and complex as red, so it needs as much encouragement via a big bowl to express itself.’

Although the traditional Champagne flute’s narrow shape keeps the bubbles in, you can’t swirl properly or sniff. Maggie Henriquez, the president of Krug, compared drinking from a flute to going to a concert with earplugs in.

‘All the Champagne producers I most admire want their Champagnes served in wine glasses, and already in restaurants and wine bars in New York they’re doing this,’ says Jancis. 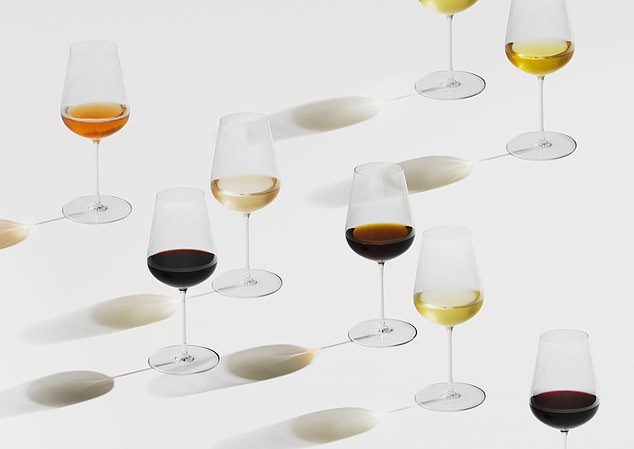 ‘Top sherry and port producers also don’t want their wines corseted into little glasses. They want its complexity to be appreciated in generous glasses.’

Wine expert Joe Fattorini, host of Channel 5’s The Wine Show, thinks Jancis’s glass is as close to the perfect shape as it’s possible to get.

‘Logically, all this guff about having to use different shapes for different wines is bonkers,’ he says. Jancis’s glasses aren’t cheap, at £35 each. But how many do you know that can multi-task?

After creating her glass with designer Richard, Jancis had a clear-out of her own cupboards.

‘I probably had more than 50 glasses in at least 12 different shapes. Now I open the cupboard and all I have is one kind of glass, all lined up. It’s a lovely feeling.’

What are Jancis Robinson’s other must-have wine gadgets? 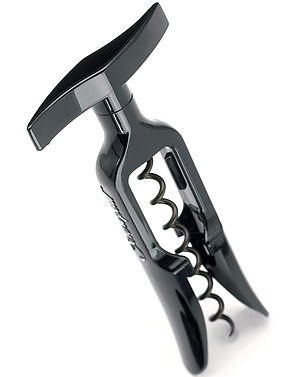 Specifically designed for women, there is no pulling involved. Simply wind the screw into the cork until it comes free. To release, turn back the other way. 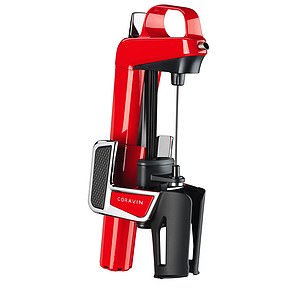 A great way of having only one glass, without letting in oxygen that will spoil the rest of the bottle. A long needle goes into the cork, and the remaining space is filled with inert argon gas. Then the spongy cork reseals. 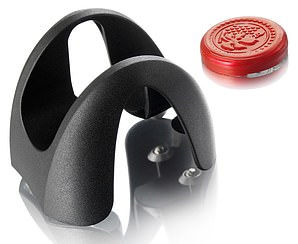 The neatest way of cutting foil, perfectly below the lip of the bottle. 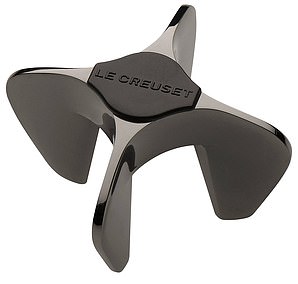 This four-pronged device can be inserted onto a champagne cork and twisted to safely remove it without losing the ‘pop’. Make sure to keep pressing it down, while twisting, so you keep the cork under control.

The Jancis Robinson collection is available from richardbrendon.com, harrods.com and conranshop.co.uk

DJ Akademiks Wanted To Sign ‘Fivio Foreign’ First Before The $1.5 Million Deal Of The Rapper Ma$e’s