London: The Opposition's treasury spokesman Jim Chalmers has hit out at Australians' inherent distrust of government use of data to design and deliver policies saying it was the "game changer" in improving government policy and services.

Mr Chalmers made the comments via Zoom to the Recovery Summit, a global virtual conference organised by Global Progress and Canada 2020. 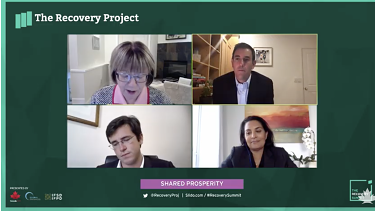 He said data was a "game changer" in designing a better economy after the coronavirus pandemic, but that its potential was being held back by public distrust, something he said was particularly strong in Australia.

Just six million Australians downloaded the CovidSafe app, designed to track and trace contacts made between potentially infected Australians despite the government saying it was critical to stopping the spread of the virus.

Mr Chalmers pointed to the Robodebt scandal as a contributing factor to Australians' suspicion surrounding government use of their data.

"And in some countries, including mine, it's dominated by the sense that the government only really wants data to do things like chase after people who are being overpaid in the social security system or some other punitive purpose."

Mr Chalmers argued the pandemic had exposed "deep flaws" in right-wing populism in the same way the global financial crisis had exposed the same flaws of "neo-liberalism".

But he warned that the centre-left needed to realise that the "counters" of both crises had not favoured the progressive side of politics and that they must learn the reasons why.

"Both of those crises exposed ineffective government and yet the foundations of the political contest are more or less undisturbed … and those political conditions have not been very kind to us [the left] and I think we need to recognise that," he said.

"We need to unite the political and the policy, in political we need to be need to be better at being focused on incomes, on work, on aspiration and the future."

Early on during the pandemic, Prime Minister Scott Morrison spoke of the Australian economic recovery from the coronavirus restrictions "snapping back" to the way things were before the virus was unleashed on the world, but has since said the recovery will be more staggered.

Mr Chalmers said it evident from the start that there would be no "snapback" and said it was better to look at how to change the post-Covid economy rather than seeking a return to the "inertia" of the past.

"That is a very damaging sentiment in my view," he said.

"I think its really clear that if we snap back to, whether its neoliberalism, protectionism, tribalism or austerity, that would be a recipe for a deeper downturn."

Cam girls share how to get paid for feet pics

Is it just me? Or are elasticated waistbands the enemy of all women?

Stop frying with olive oil. Here’s what you should use instead

Dan Evans involved in furious row after being accused of cheating

Fans to be allowed at World Series, NLCS in Arlington, Texas

Should Mets keep Van Wagenen? Examining his hits, misses and one ‘ridiculous’ move