Paulina Porizkova has revealed she has been undergoing ‘tapping’ therapy for about a year, saying the emotional freedom technique (EFT) helped her when she was at one of her lowest points.

The supermodel, who has been candid about her struggles with depression and anxiety, gave her Instagram followers a behind-the-scenes look at her recent Zoom session with EFT practitioner Brad Yates on Friday, sharing a video of herself bursting into tears while tapping her head, face, and chest with her fingers.

‘The crying lady is back!’ Porizkova, 56, wrote in the caption. ‘On a more serious note, tapping is something I discovered about a year ago when I was truly drowning. And though I tend to be a skeptic, I had nothing to lose but five or so minutes staring at YouTube.’ 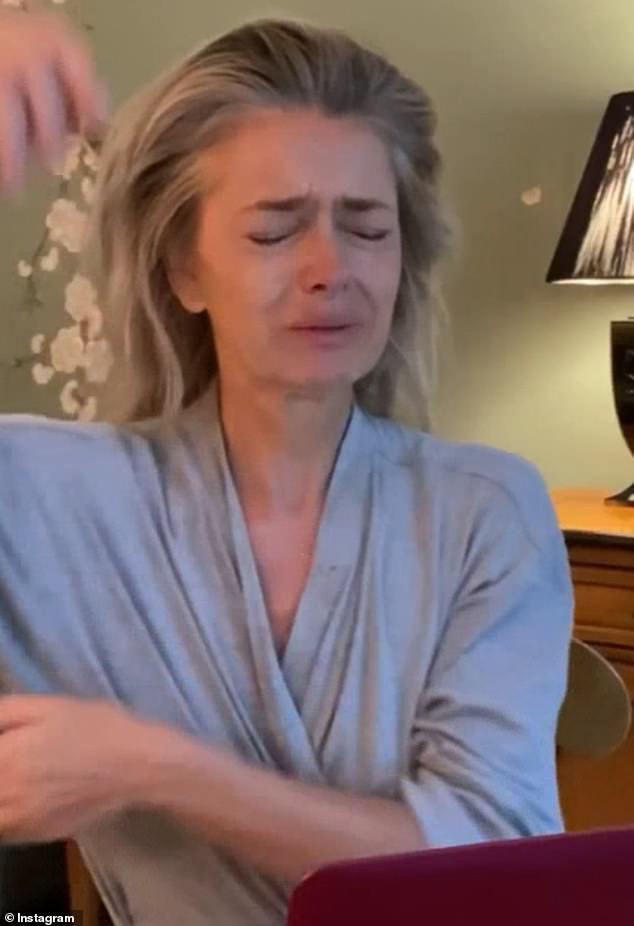 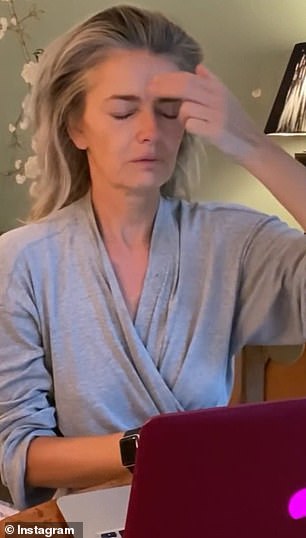 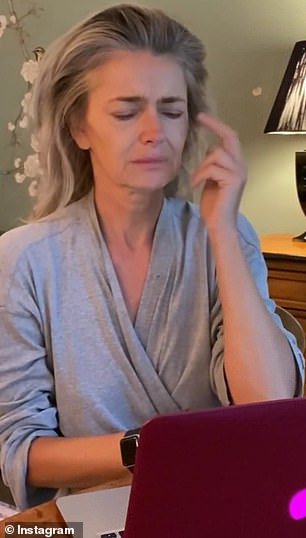 Tap away the pain: EFT, also known as the tapping technique, is used to relieve anxiety and emotional pain by tapping on pressure points

EFT, also known as the tapping, is a ‘powerful holistic healing technique’ that is ‘based on the combined principles of ancient Chinese acupressure and modern psychology,’ according to The Tapping Solution website.

‘And the weird thing is: it works. It actually works,’ Porizkova insisted. ‘It’s a little of a quick fix, your problems will of course all flood back, but you can do this as much as you want and there are no side effects.’

There have been several recent studies that suggest EFT may be effective for some conditions, including anxiety, according to Medical News Today.

However, the research is limited, and there have been criticisms that earlier studies are unreliable due to flaws in the scientific methods that were used.

It’s unclear how much Porizkova paid for her session, but a year of one-on-one coaching with Yates costs 10 monthly payments of $2,5000 or a discounted $20,000 upfront, according to his website.

Porizkova’s video shows Yates walking her through the session as she repeats everything he says while tapping certain areas on her head, face, and chest. 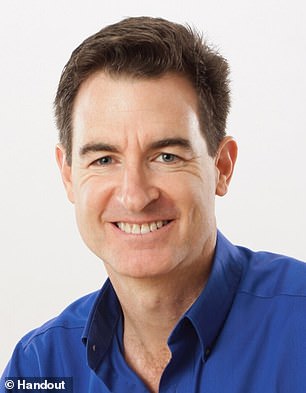 Porizkova, who recently split from Oscar-winning screenwriter Aaron Sorkin, noted in her Instagram post that the emotional tapping session had ‘nothing at all to do with Mr. S.’

When she announced their breakup on Instagram in late July, she gushed about Sorkin, calling him ‘witty’ and ‘sexy.’ She never explicitly revealed why their relationship came to an end, but she alluded to them being too different.

Sorkin was her first public relationship following the death of her estranged husband Ric Ocasek in September 2019. Porizkova and The Cars frontman were going through a divorce when he passed away. 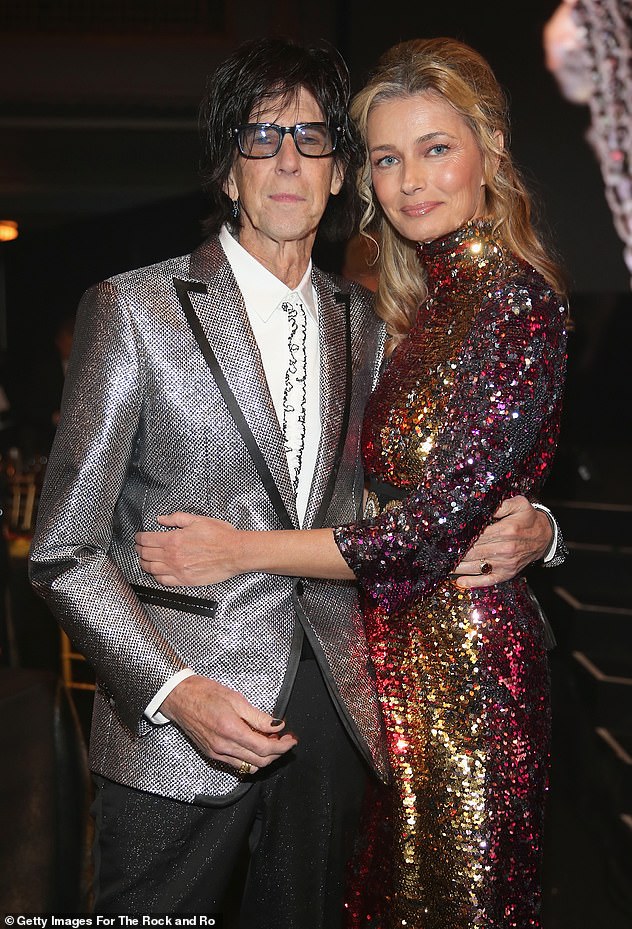 Trauma: Porizkova has struggled with depression, anxiety, and anger following the 2019 death of her estranged husband Ric Ocasek, who had secretly cut her out of his will 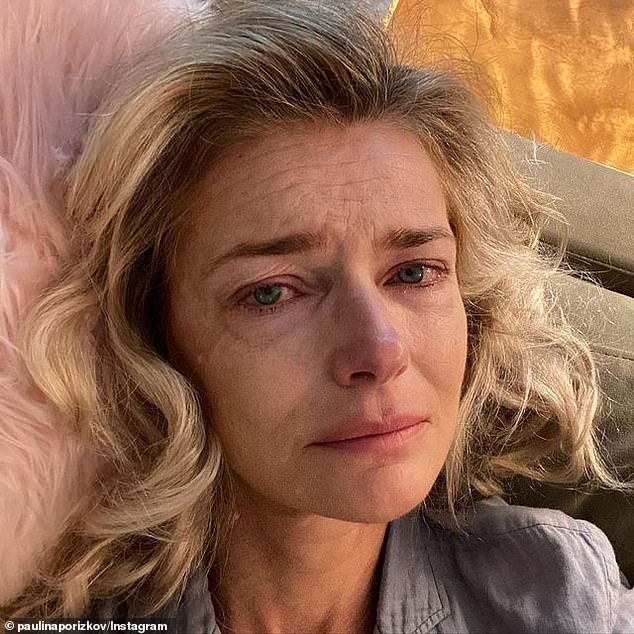 Candid: She recently shared a crying selfie while opening up about her struggle to learn how to trust again after being ‘betrayed’ by a loved one 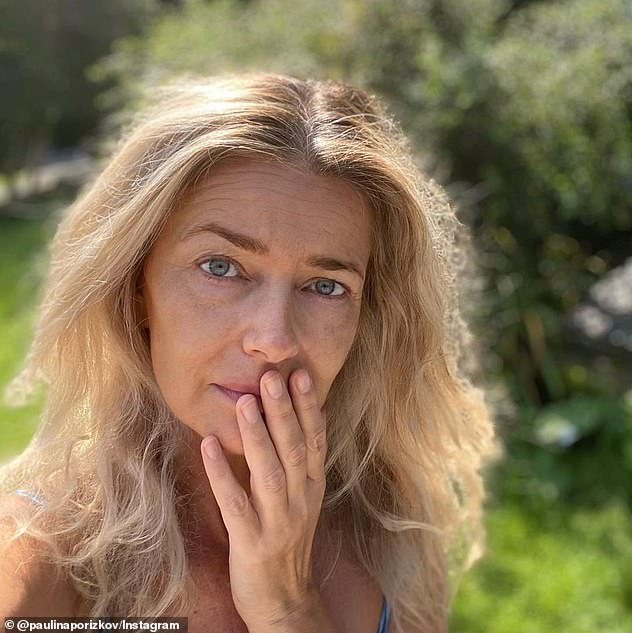 Candid: Porizkova later admitted that some of her friends accused her of ‘being a narcissist’ and seeking ‘attention’ after she posted the emotionally raw photo

The model later learned that he had secretly cut her out of his will, leaving her without any money, including her own earnings.

She admitted that she had to rely on her friends to buy her groceries for a year before she sold their longtime townhouse in New York City.

She recently shared a crying selfie while opening up about her struggle to learn how to trust again after being ‘betrayed’ by a loved one, though she remained vague about the situation she was referring to.

‘Trust after being betrayed seems as far fetched as being shot into space. Correction. It’s easier to see myself shot into space at this moment,’ she wrote last month.

‘When you’ve been betrayed — promised something, only to have that promise broken without your participation — you were blindsided. You trusted someone you loved, and now all love is suspect. But love is not possible without trust. And a world without love is not worth living. (All kinds of love).’

The Sports Illustrated alum later shared that a few of her friends accused her of ‘being a narcissist’ for sharing the emotional post, saying she was looking to ‘get attention’ and her ‘a** kissed by sycophants.’ 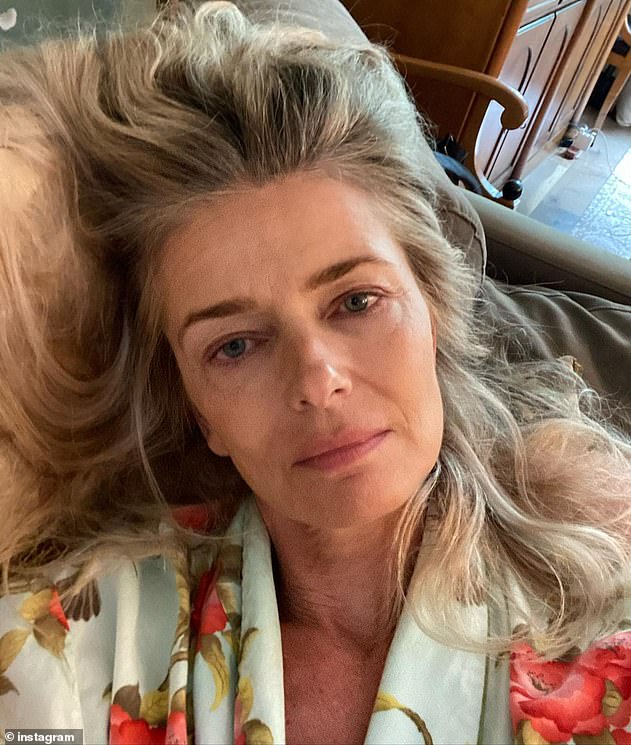 New claim to fame? The supermodel recently shared that a young woman who was too young to recognize her as a model called her the ‘crying lady’ after spotting her in a restaurant 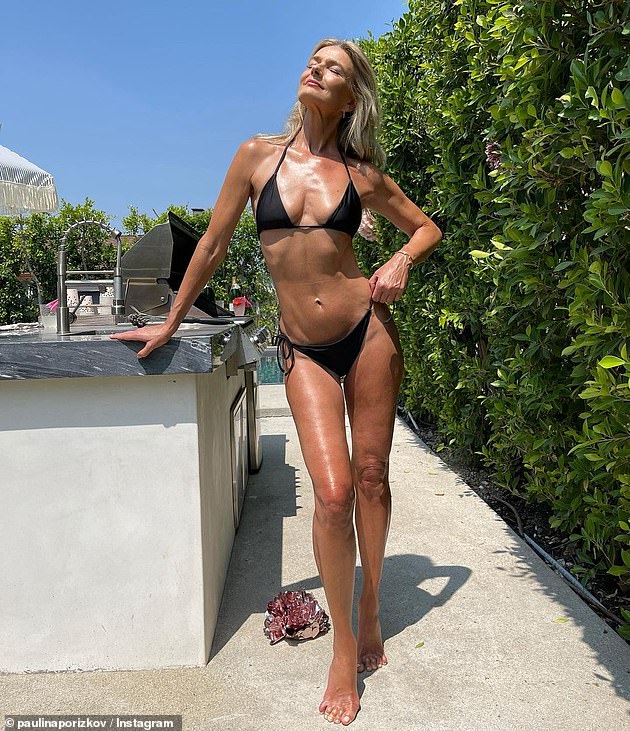 Soaking up the sun: Porizkova (pictured at a recent shoot in LA) aid she discovered tapping a year ago when she was ‘truly drowning,’ saying she was skeptical at first but it ‘actually works’

However, she explained that after some reflection, she realized that being honest about the things she is ashamed of has helped her find self-acceptance.

Since her late husband’s death, Porizkova has shared a number of photos of herself crying while opening up about her unrelenting grief and anger — something she has become known for.

In her latest Instagram post, she called herself the ‘crying lady’ a reference to an interaction she recently had with a young woman at a restaurant.

The mother of two said she was walking back to her table from the bathroom when she was stopped by someone who was fumbling with her name. She immediately assumed she was being recognized for her modeling work.

‘I smiled and nodded “yes, I am” as I tried to walk past,’ she recalled in another recent post. ‘And then she said it. “YOU’RE THE LADY WHO CRIES ON INSTAGRAM!” That stopped me. This woman was much too young to know me as a model. She knows me as the lady who cries on Instagram.

‘Then the young woman continued to thank me! She thanked me for being honest and sharing painful stuff, because it freed her to do the same,’ she explained.

‘It released her shame of feeling guilty for having a range of emotions, and for not having to pretend. I think it was the best compliment I have gotten in years. THANK YOU PRETTY GIRL AT THE BAR.’

My friend sexually assaulted me twice and got away with it