What it’s REALLY like in a psychiatric hospital: Patients reveal how they were pressured to take drugs and had sex on the ward – but others admit they miss the simplicity and companionship

Former patients have revealed what it is really like to spend time inside a psychiatric institution.

Sharing their experiences on the US-based anonymous secret sharing app Whisper, they revealed how they had sex on the ward, lied about substance abuse and made friendships that have lasted a lifetime.

Some focused on the positive and explained they felt more accepted in psychiatric hospitals than they ever had before.

Others made surprising confessions, with one admitting she tried marijuana for the first time while a patient.

Here, a look at some of the shockingly honest posts… 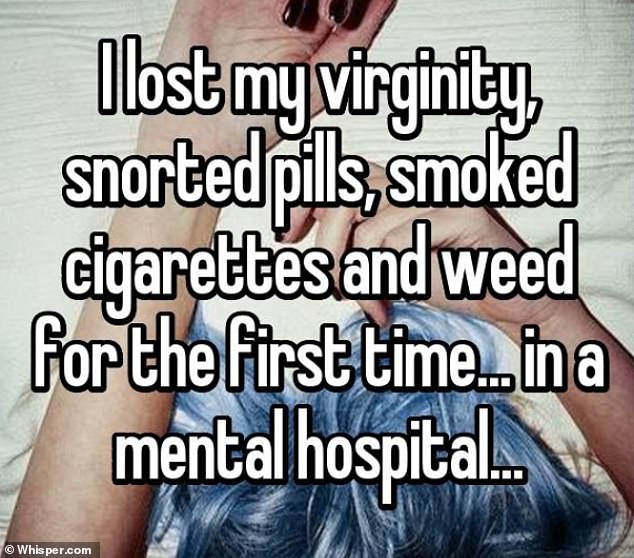 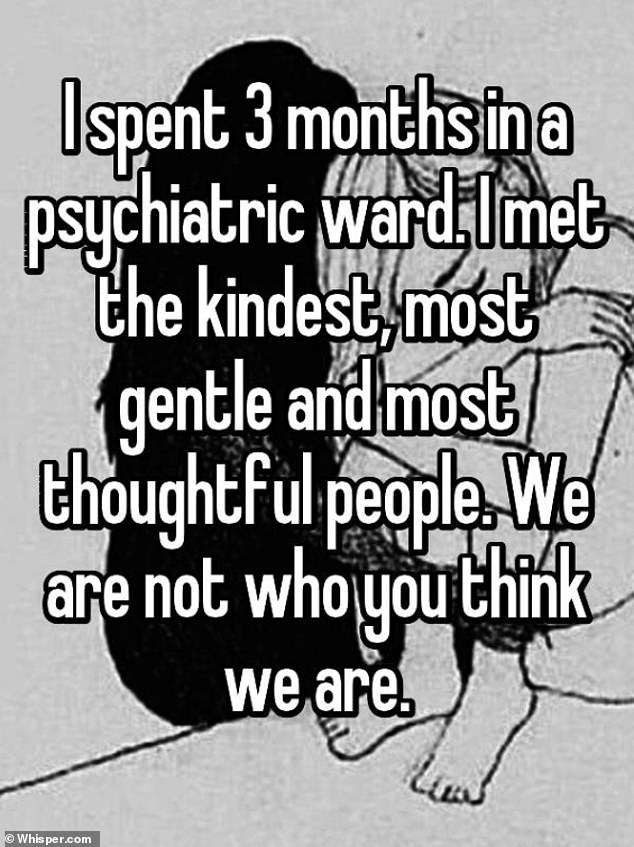 Appearances can be deceiving. One person said they met ‘thoughtful’ and ‘gentle’ people while at a psychiatric ward 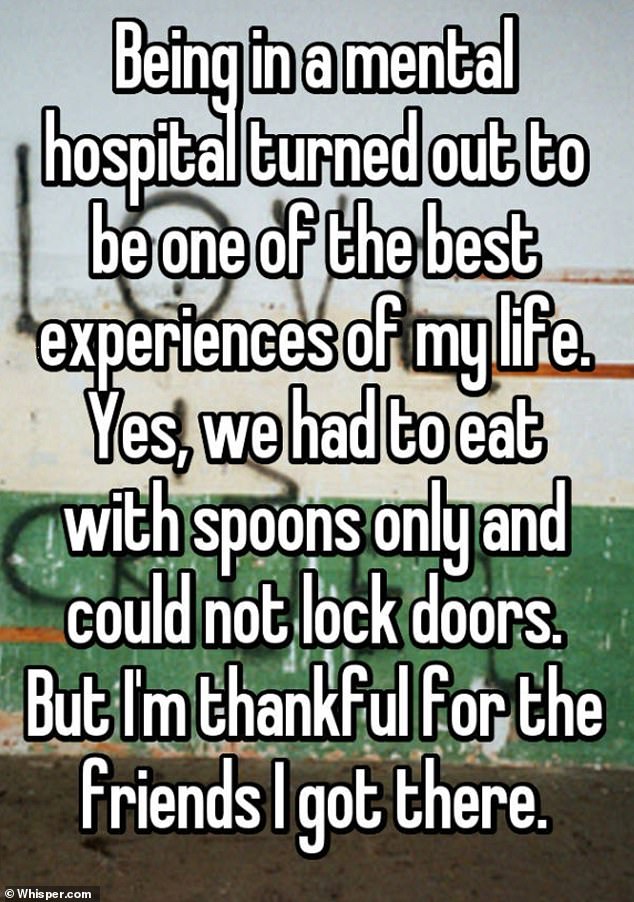 Silver lining. One person said they made great friends with other patients while staying at a mental hospital 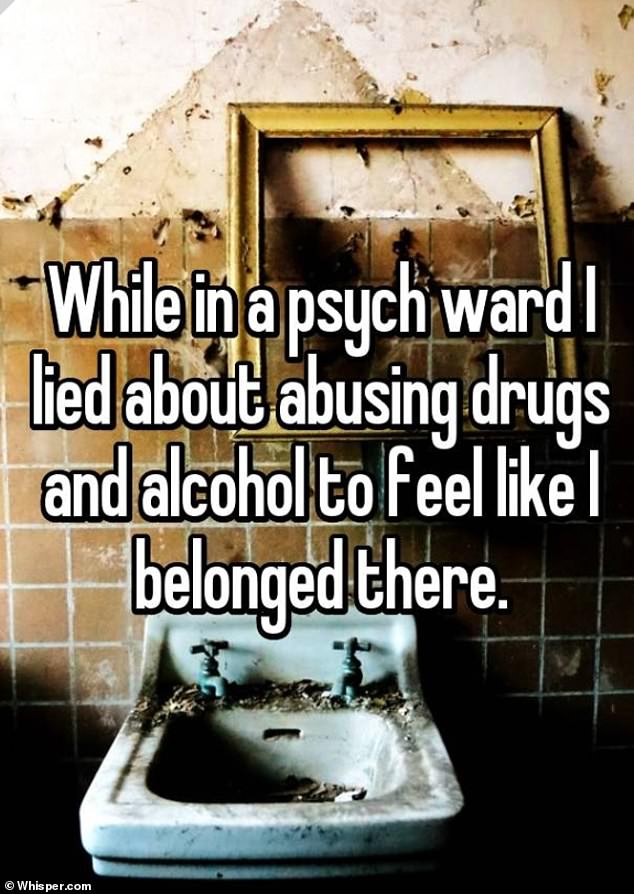 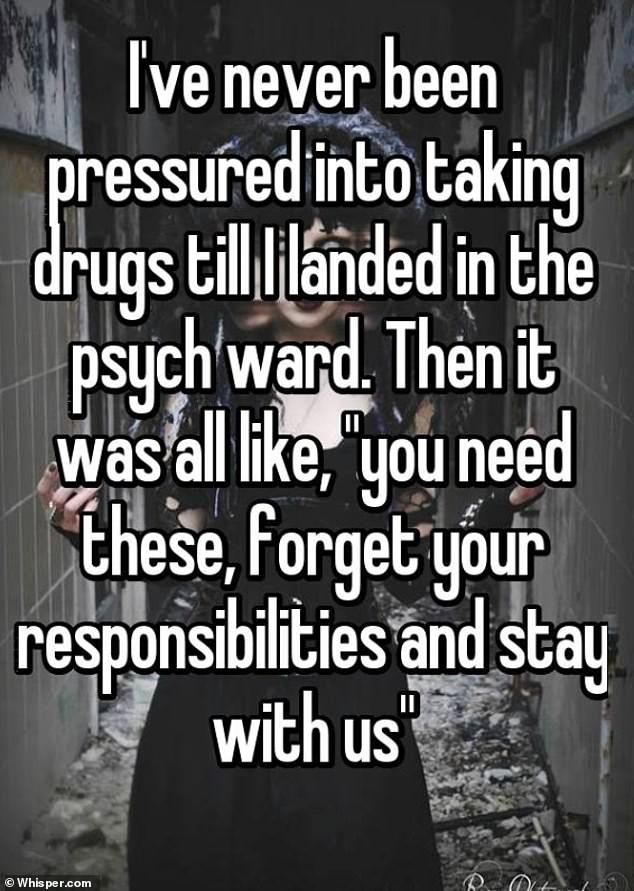 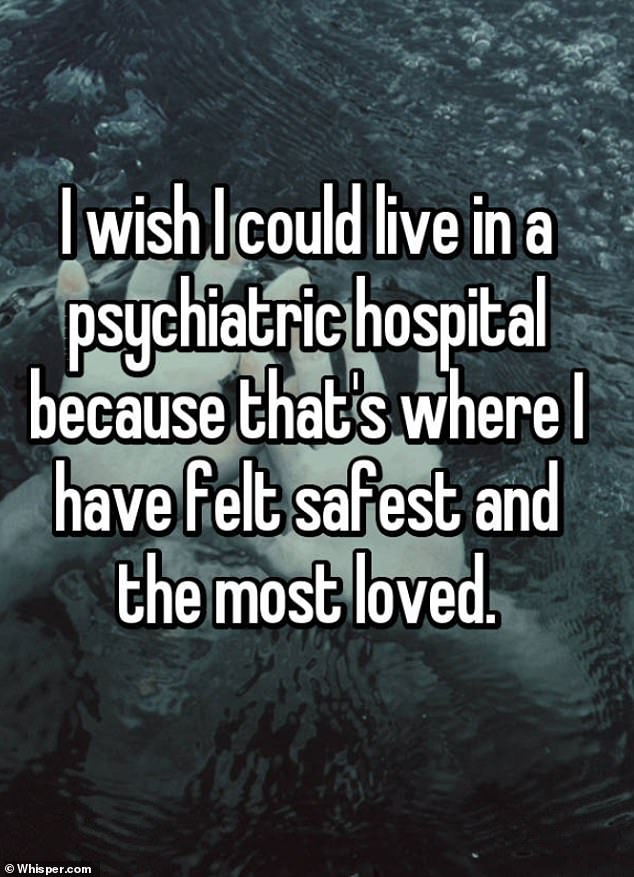 A safe space. One person admitted they felt ‘the most loved’ at a mental institution, compared to anywhere else 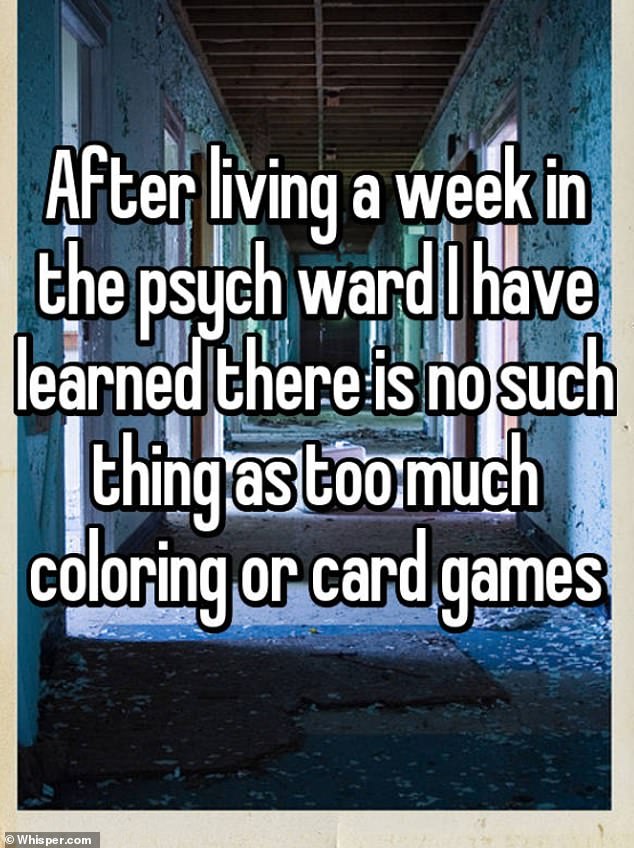 Killing time! A former psychiatric ward patient explained they had to rely on games and coloring to keep themselves busy 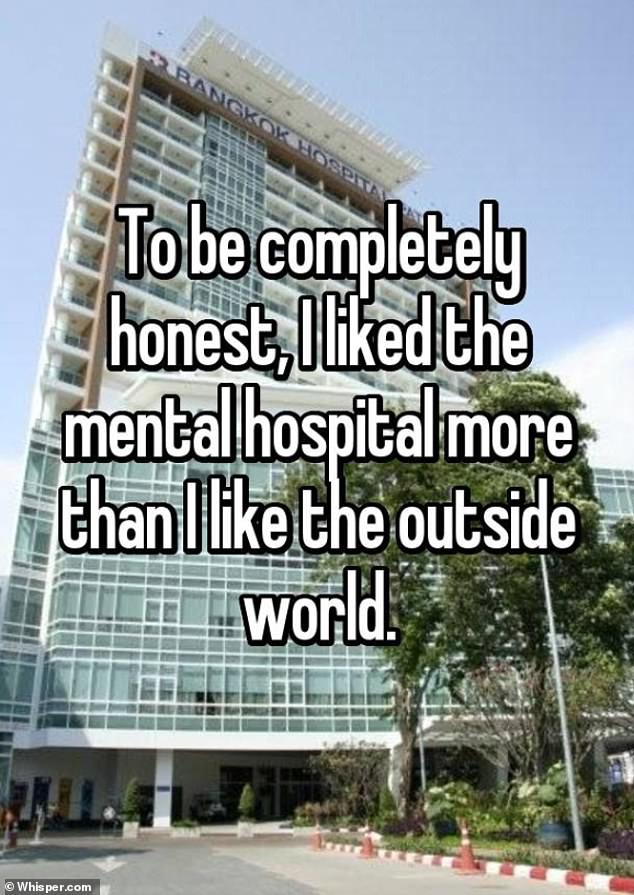 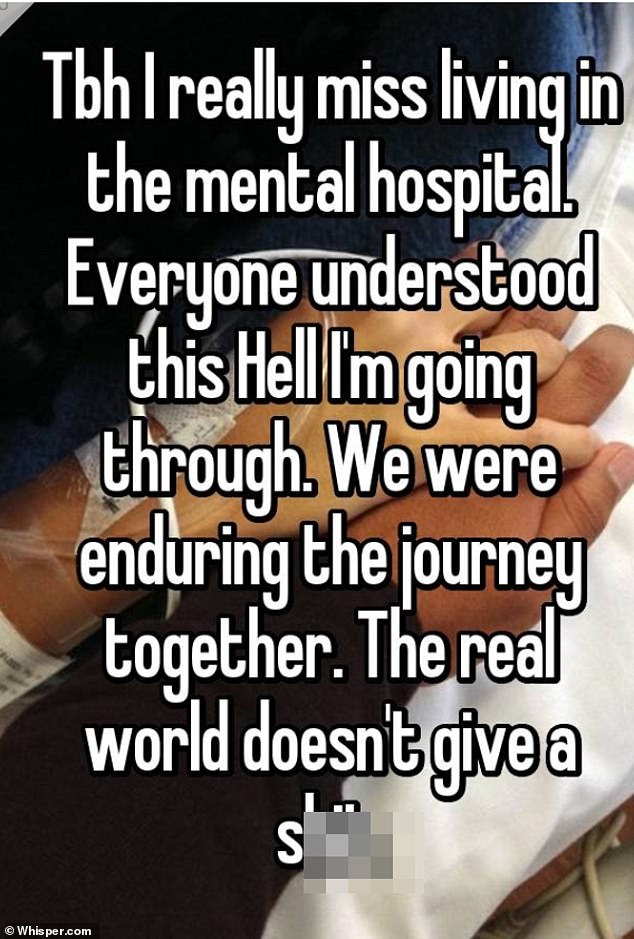 One person said they felt the ‘real world’ did not care about their problems, which made them miss the mental hospital they had been staying at 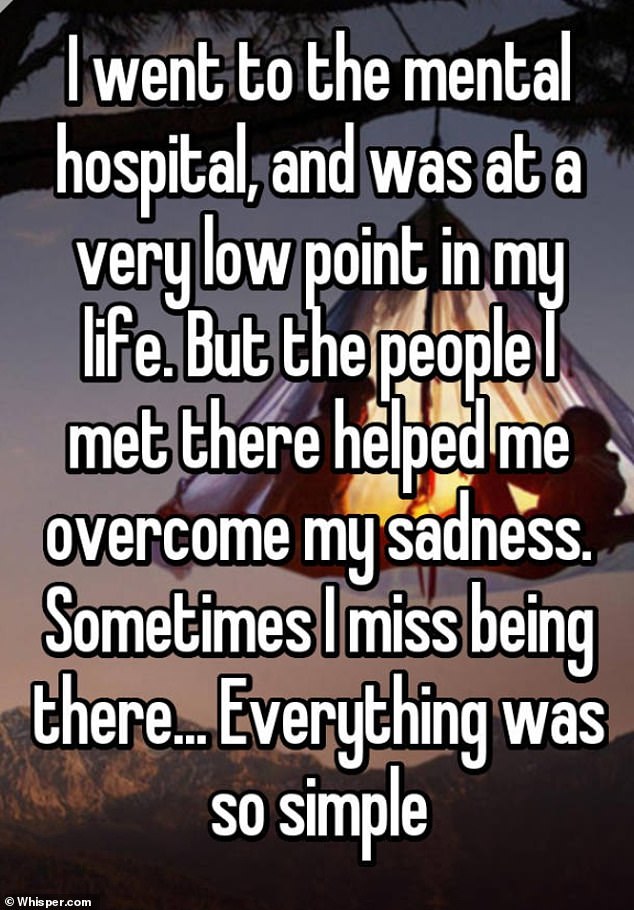 A simple life. One person said they felt less challenged by life on the psych ward than by the outside world 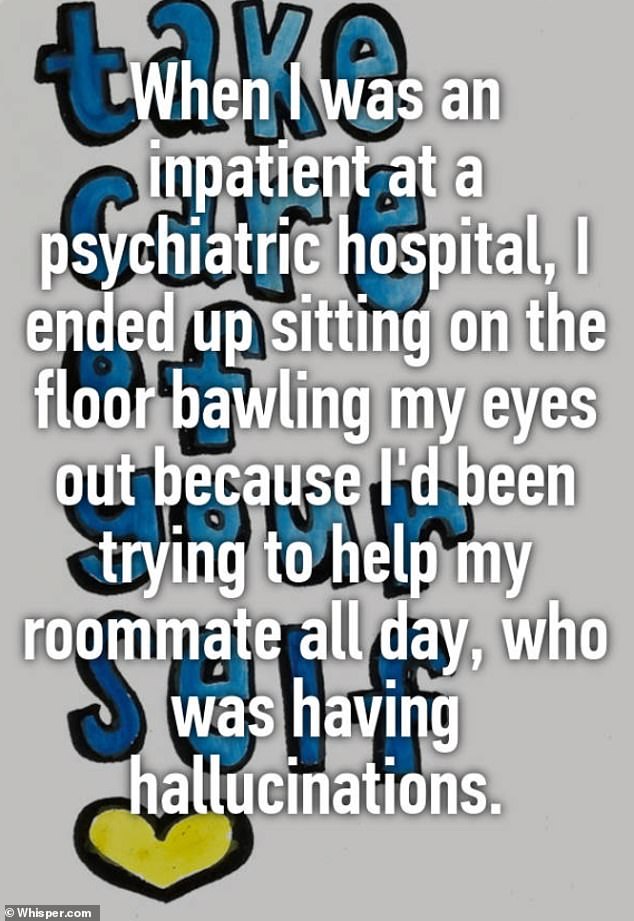 A tough reality. One person recounted how they tried to help their roommate, who had hallucinations 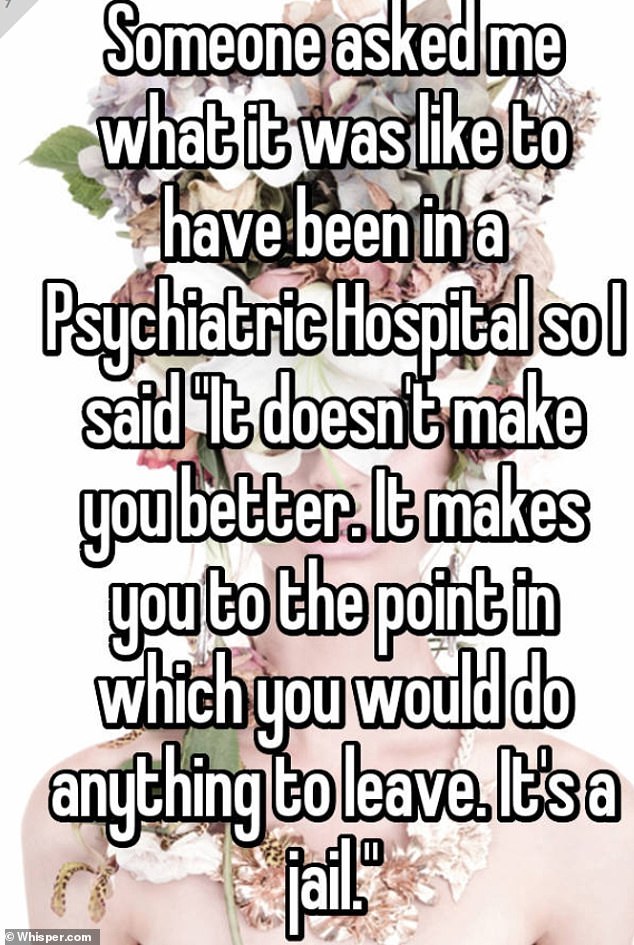 A former patient said a psych ward did not help them feel better, and made them feel like they were in ‘jail’ 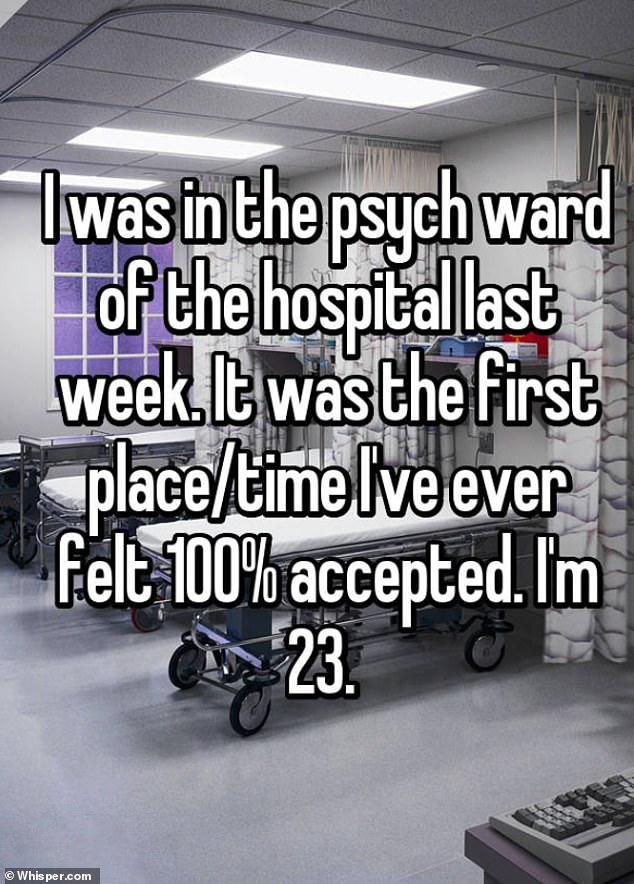 Finally accepted. One person said it took them to stay in a hospital’s psychiatric ward to feel ‘100 percent accepted’ 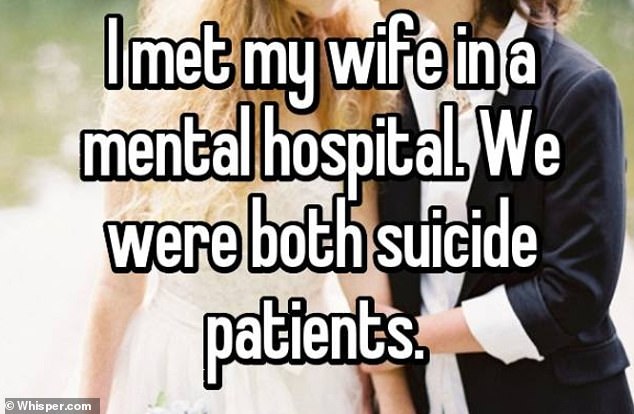 Finding love. One patient said they met their spouse while staying at a mental hospital while they both felt suicidal 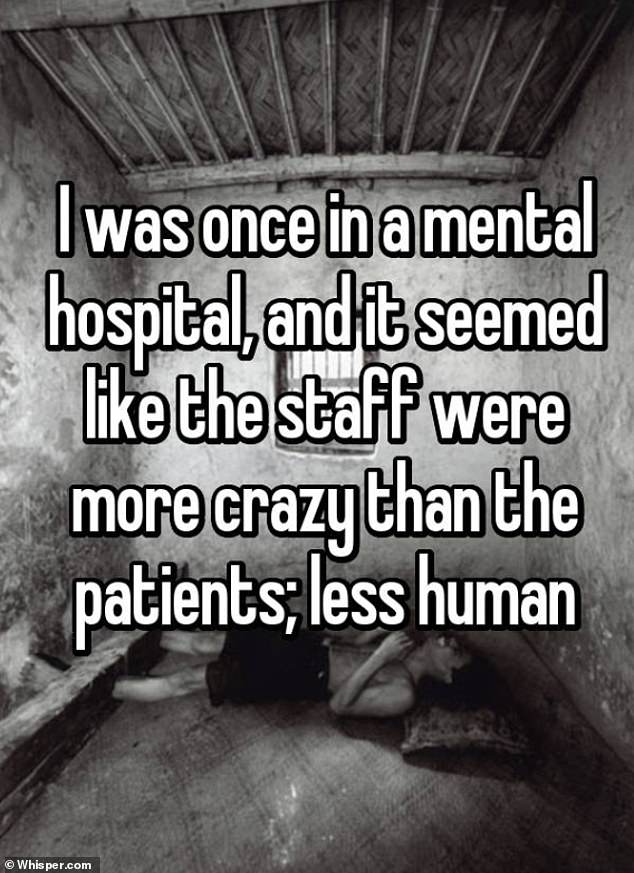 Nurse Ratched? On person said they felt the staff at the mental hospital they stayed at were ‘less human’ than the patients