Social media users have highlighted an urgency to gather signatures on a petition to scrap the tampon tax on period pants.

Rubina Raut who founded UK-based period pants brand WUKA in 2017, has racked up almost 18,000 signatures on an online petition to recognise the reusable underwear as entitled to being taxed fairly.

While sanitary pads and tampons are exempt from tasks, period pants – which are marketed as a more sustainable choice because they can be washed and reused – are not because they’re classed as an item of clothing.

The petition follows Chancellor Rishi Sunak’s confirmation that menstrual products such as pads and tampons will no longer be taxed at 20 per cent, after Britain leaves the EU on 31 December 2020.

People from around the nation have taken to Twitter, pleading for the additional 82,000 signatures that are needed for the petition to be debated in parliament. 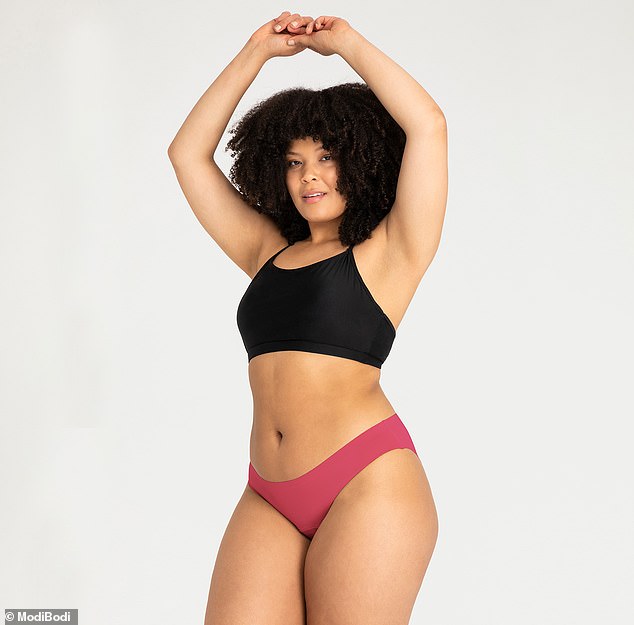 Social media users have encouraged others to sign a petition to scrap the 20 per cent tax on period pants. Pictured: Period pants from Modibodi

According to The Independent, scrapping the tax on tampons will save the average woman almost £40 in her lifetime.

Raut has accused the government of ‘unfairly penalising period pants’ because the change in law only applies to ‘any sanitary protection product that is designed and marketed solely for the absorption or collection of menstrual flow or lochia’, without the exception of clothes.

‘By removing VAT from tampons and pads only, the government is indirectly encouraging the purchase of disposable period products.

‘This is irresponsible – our planet is overwhelmed by waste created by humans and we are in the midst of an environmental crisis. Sustainable periods are not a luxury and should not be taxed as such,’ Raut said.

The environmental scientist and WUKA founder has voiced the importance of making period products accessible.

A study by WUKA recently found over a third of women, trans and non-binary people who menstruate are facing period poverty and nearly half are predicted to lose income during the pandemic.

Rubina Raut who founded WUKA, took to Twitter urging people to show their support for the petition which needs 100,000 signatures to be debated at parliament

Fellow period-proof underwear brand Modibodi, has also racked up over 8,000 signatures on their petition to force the government to employ zero VAT on all period products.

In their recent study, it was revealed 25 per cent of women are concerned about running out of sanitary products part way through their period and just under 24 per cent say they worry about the cost of continually restocking the essential products.

They argue for many frontline workers, those working shifts or those wanting a more sustainable and eco-friendly option for their sanitary needs, reusable and washable period underwear are a vital and cost-efficient option.

Kristy Chong, CEO & Founder Modibodi said: ‘Period underwear has the capacity to drive fundamental change for the environment, significantly improve the quality of life and period dignity for millions of people around the world who may be struggling to access bathrooms or suffer a disability, whilst reducing waste and contributing positively to body confidence.

‘Data shows that there is a strong growth in the demand for period underwear, and yet the government is failing to recognise how vital such products are in helping to overcome major issues like climate change, not to mention disabilities and sport related needs, it’s important that the UK population have a choice to use reusable period products and without being penalised with a tax.’

The period pants petition has racked up almost 18,000 signatures and is set to close on 20th January

According to Modibodi, the demand for period pants is set to increase by 28 per cent by 2026.

Raising awareness of her petition on Twitter, Rubina wrote: ‘Sadly period pants are still recognised as luxury and taxed at 20 per cent, could you please help me sign the petition?

A stream of responses have shared the link to the petition with hopes of getting ministers to consider making period pants 0 per cent VAT, along with disposable menstrual products.

One person wrote: ‘FFS! Any item that allows you to leave the house without fear of messing your clothes, a bus seat, your chair at work should be tax free. If not free’

‘Period tax is gone on pads and tampons – awesome! But period pants, a far more environmentally friendly period product aren’t included. Sign below to get this changed,’ another said.

A third added: ‘The petition closes on January 20th, so if you bleed or know anyone who bleeds, I urge you to sign this petition.’

An accidental image for our times

IOC president Thomas Bach: Focus is not if Tokyo Olympics will happen – but how