Making predictions. Pregnant Olivia Munn may have received some “great” advice about parenting ahead of her baby’s birth, but she’s unsure about one sentiment in particular. 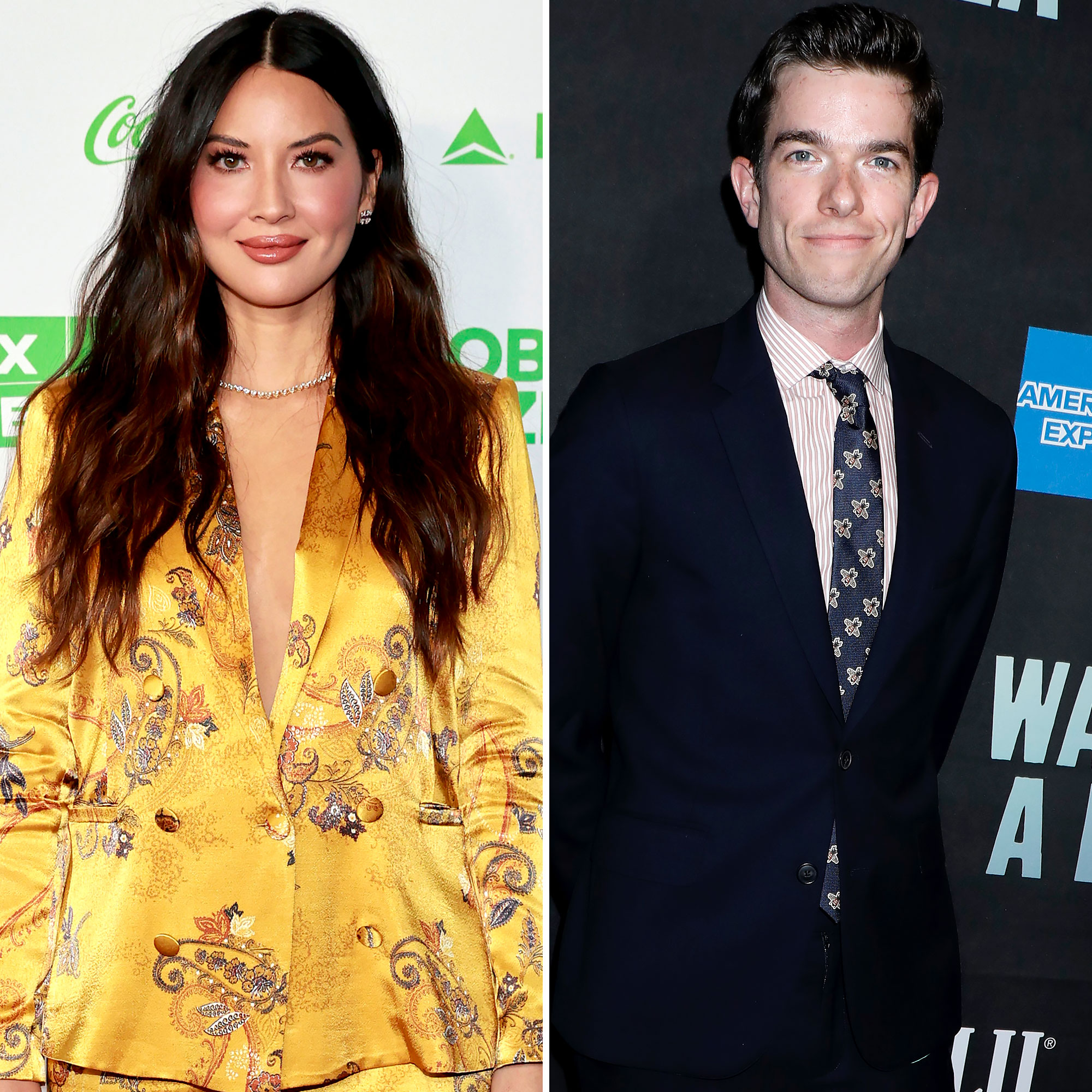 The Oklahoma native laughed, telling Meyers, 47, that she didn’t know where her pal got her “figures” from. “I get that kind of advice from people,” the former Daily Show With Jon Stewart correspondent concluded.

Munn’s Late Night With Seth Meyers appearance came one month after Mulaney, 39, announced their pregnancy news on the NBC show.

“We’re having a baby together,” the Big Mouth star told Meyers in September. “I was nervous when I was about to say the news! Olivia and this baby have helped save me from myself in this early journey out of recovery.”

Munn spoke about their baby-to-be for the first time three days later, telling Access, “I’m feeling really good and just the outpouring of love and support has been really amazing. There has been a really big mom tribe that comes up. I’ve heard about it, but they really come up in full force. There’s a really great dad tribe too, everyone comes up is really supportive and it means so much to me.”

The Newsroom alum added that her dogs have “no idea” that a little one is on the way. She explained, “I’ve actually been really surprised, people tell me that your dogs can pick up on those kinds of things, but they’ve been walking over my stomach. They don’t care.”

While the expectant star has mostly kept her baby bump off of social media, she gave a glimpse of her budding belly last month in a post with pooches Frankie and Chance.

Celebrity Pregnancy Announcements of 2021: See Which Stars Are Expecting

Maintaining a positive body image while pregnant has been a struggle for the Violet star, she said on an episode of SiriusXM’s Pop Culture Spotlight With Jessica Shaw on Thursday.

“It’s really hard … to have so many images in your face all the time of what truly looks like perfection,” Munn explained.