Is this the end of supermodels? PrettyLittleThing debuts its first virtual star to ‘bridge the gap between Metaverse and real life’ – but some claim it promotes ‘unrealistic beauty standards’

PrettyLittleThing has debuted its first virtual character who will model clothes on the fast fashion giant’s website.

The social media-led fashion brand, based in the UK, announced via Instagram and Twitter that it’s welcomed a new member to the ‘PLT family’ in the form of its first virtual model.

PrettyLittleThing explained that the ‘virtual girl’, who marks the start of the label’s journey into the Metaverse, will ‘evolve’ and ‘show a range of emotions to truly react with the PLT customer’, according to the brand.

Social media users have been quick to suggest names for the virtual model in the hopes of winning the chance to also be turned into a character, but critics argue the concept will create more unrealistic beauty standards.

Another commenter added: ‘Please can you just pay people to be model instead of replacing them with virtual ones to lower your costs and increase your margins.’ 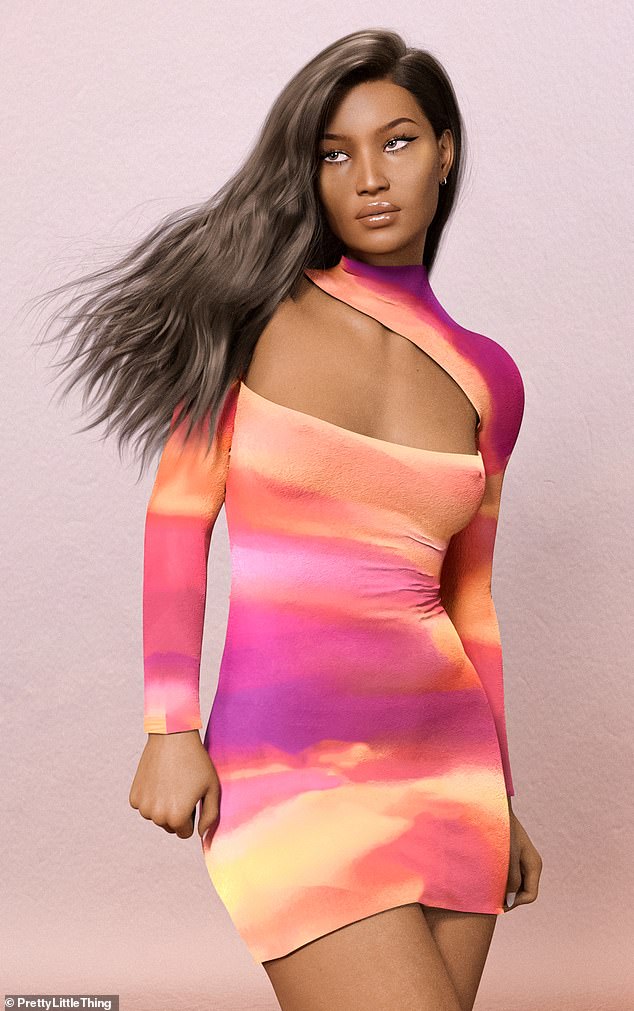 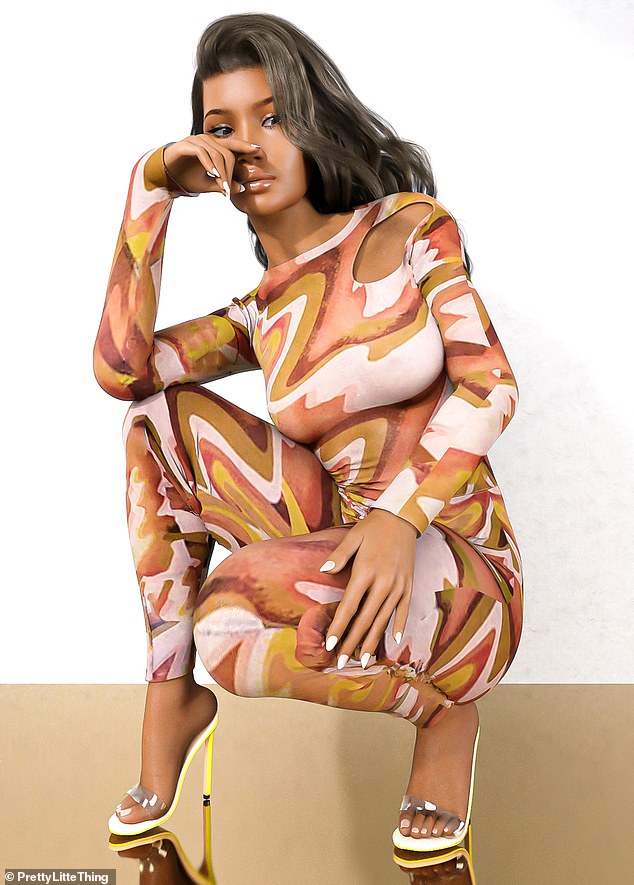 PrettyLittleThing is known for working with models and influencers from across the globe, with Samantha Rayner, Kaela Tavares, Ashleigh Menin among stars.

However, the retailer claims that as a ‘reactive’ brand it has always listened to customers’ requests to provide innovative and progressive content and the new ‘virtual girl’ will bridge the gap between Metaverse and real life.

Toni Hayden who is the Creative Director at PrettyLittleThing explained the aspirations for the character.

She said: ‘We want to make our girl as relatable and real to our customers as possible. We will build her lifestyle based off our customers interests, likes and dislikes.

‘A true ambassador for the brand. She will have ways about her that will be unique to only her and we look forward to developing her capabilities over the coming months allowing our customers to learn a lot more about her and what’s to come as we enter into the Metaverse.’ 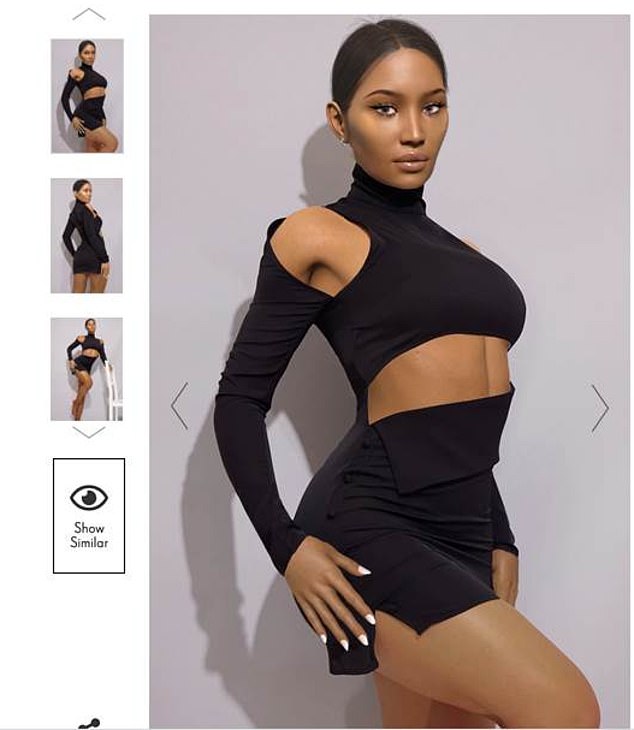 PrettyLittleThing’s virtual model is currently modelling a size eight bodycon dress on its website, which has racked up more than 300 views from shoppers

CEO Umar Kamani shared the announcment on his personal Instagram account, writing: ‘So excited to be taking @prettylittlething into the metaverse. We launched our first ever virtual model today! You can shop her looks on PrettyLittleThing.com & have the chance to name her on our socials! Welcome to a new world..’

PrettyLittleThing has asked social media followers to name the newly-created model as part of a competition.

The entrant whose proposed name is chosen will also win the chance to be turned into another virtual model featured on site.

Announcing the competition on Instagram, the brand wrote: ‘The future awaits… Introducing the newest member of the PLT family & our very first VIRTUAL MODEL. We need your help to name our new girl. Comment names below for your chance to be turned into your very own virtual model’

One person commented: ‘Omg this is so cool’

Suggesting a name, another wrote: ‘She looks like a ‘Princess to me’ 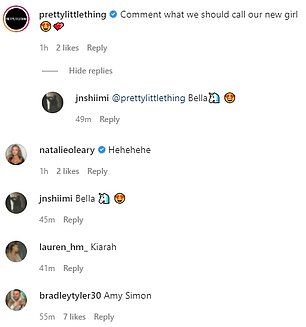 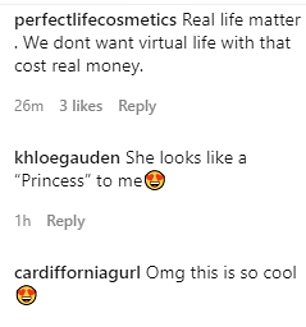 A stream of Instagram users have shared name suggestions, such as ‘Princess’, ‘Bella’ and ‘Kiarah’

However, others haven’t welcomed the concept and claim that they would prefer if the brand used only human models.

‘Please can you just pay people to be model instead of replacing them with virtual ones to lower your costs and increase your margins,’ one said.

Another added: ‘So PhotoShop was bad enough for ‘perfecting’ people and making people feel s*** for not looking a certain way.

‘Now you’re making the perfect virtual model people instead. You’re creating more unrealistic standards for girls to try compare themselves to, virtual or not’

A third wrote: ‘I’d rather see the clothes on a human lol’

Gwyneth Paltrow's Goop is selling a vagina-scented candle, and it's already sold out