Prince Harry and Meghan attended the Commonwealth Service in Westminster Abbey, central London yesterday as their final official royal engagement before they are set to step back on March 31. The couple made a shock announcement in January as they made the decision to step back from royal duties in pursuit of a financially independent life in Canada with their young son Archie, 10 months.

As of March 31, Harry and Meghan will no longer be able to use HRH titles or work in representation of the monarch.

The service was attended by the Queen, Prince Charles, the Duchess of Cornwall and the Duke and Duchess of Cambridge, and saw performances from Alexandra Burke and Craig David.

The royal congregation at the Abbey also saw the ‘fab four’ – Kate, William, Harry and Meghan – together again for the first time since paying their respects at a Remembrance Day ceremony in November.

Body language expert Alison Ward, however, told Express.co.uk that Harry’s conduct throughout the day is telling of his true allegiance – and it may not be to Meghan. 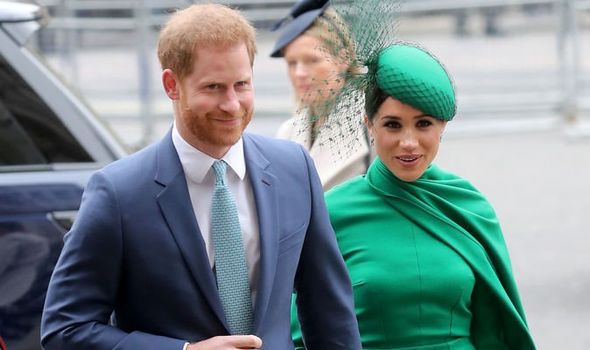 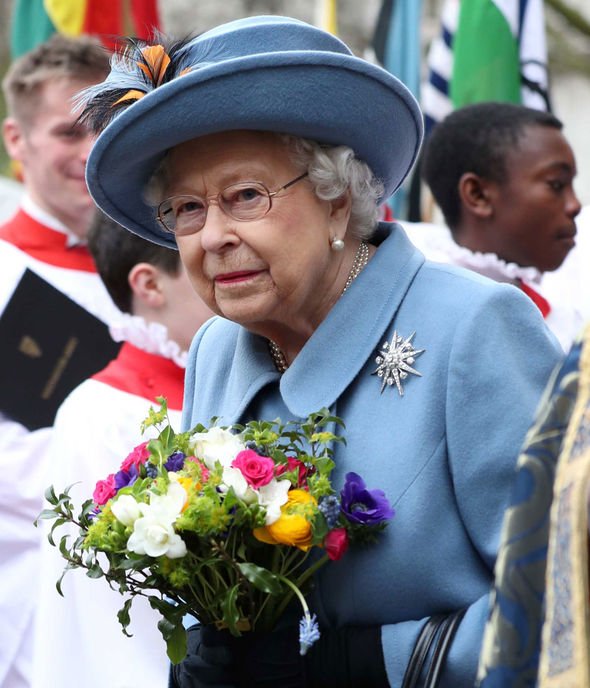 What does Harry’s conduct say about his true allegiance?

Alison says that everything about the Duke of Sussex’s body language “speaks volumes” about where his true loyalties lie.

She added: “It was very interesting that Harry was wearing light blue – as was the Queen.

“This shows that his true allegiance and commitment is still with the Queen.”

Although appearances may suggest the family have built bridges in the wake of the couple’s bombshell announcement, Alison says tensions are still running high between the former ‘fab four’.

The Duchess of Sussex was seen mouthing ‘hi’ to Kate, followed by a ‘hello’ and small wave to her in-laws.

The two parties were seated far apart as Kate and William sat down a seat in front of Meghan and Harry, at the High Altar. 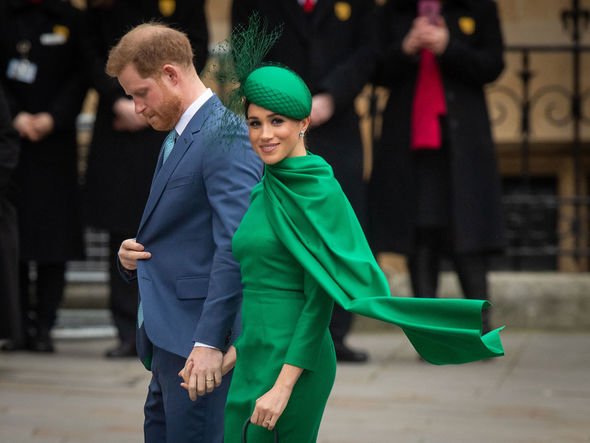 “William and Kate create the patriotic red, white and blue meaning they are a team (a consistent message they send out).

“Whereas Meghan stands out in her emerald green cape.”

Why did Harry and Meghan choose Canada?

According to reports, Harry, Meghan and Archie are currently living in a rented mansion on Vancouver Island – the same place the family spent last year’s Christmas holidays.

In addition, the north American country has historically strong links to the UK, and requires all its new citizens declare an oath pledging to “be faithful and bear true allegiance to Her Majesty Queen Elizabeth II, Queen of Canada, Her Heirs and Successors.”

The Duchess of Sussex also has links to Canada despite being an American citizen by birth and her mother, Doria Ragland, calling California home.

Meghan lived in Toronto, Canada’s capital city, for a period of six years while filming her US TV show, Suits.

One of the Duchess’s closest friends, Jessica Mulroney, also resides in Canada where she lives with her partner and three young children in Toronto.

Although the reception in Canada towards the young royals has generally been positive, they have come under heavy scrutiny from the Monarchist League of Canada.

They said: “Any public support for their desire to occupy a new, hybrid role of combining their royal status with more personal freedom could develop quickly were there to develop a feeling that, even inadvertently, they had in some way showed disrespect to the Queen, whose style is self-effacing and whose watchword is duty.”

June 10, 2019 Will Be The Worst Week For These Zodiac Signs & They Feel Emotionally Repressed

KFC is doing half price Zinger Stacker burgers this Saturday