Queen in the classroom! Letizia of Spain is elegant in a crisp white shirt and navy trousers as she visits a school to celebrate the start of the new term

Queen Letizia of Spain put safety first with a mask as she headed to a school to mark the beginning of the new term.

The former journalist, 48, headed to the Odón de Buen in Zuera to mark the start of the Spanish academic year.

Her visit comes weeks after she said goodbye to her own eldest daughter, Princess Leonor, as she headed off for her first term at her new boarding school in Wales. 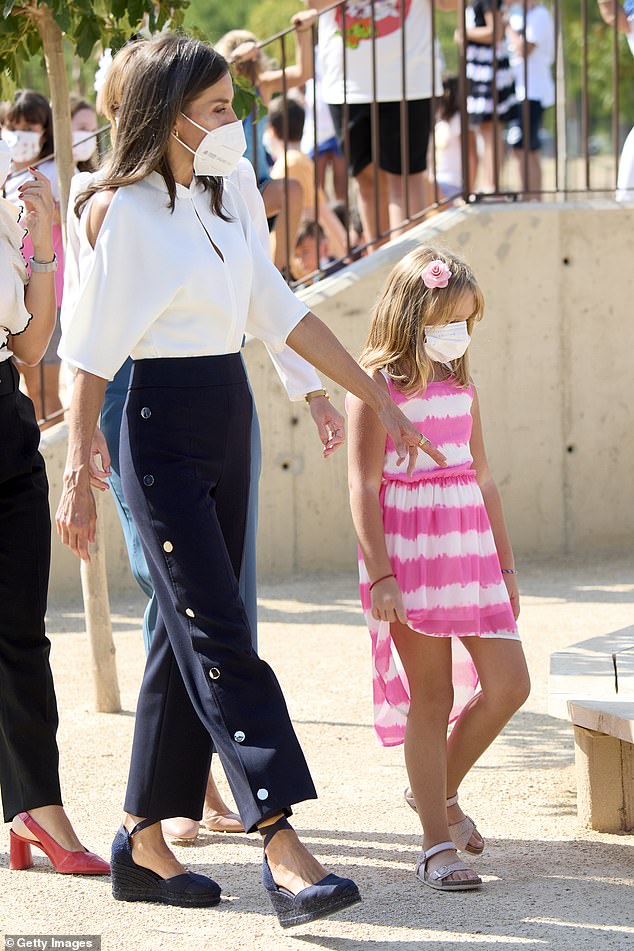 Queen Letizia of Spain, 48, put safety first with a mask as she headed to a school to mark the beginning of the new term today 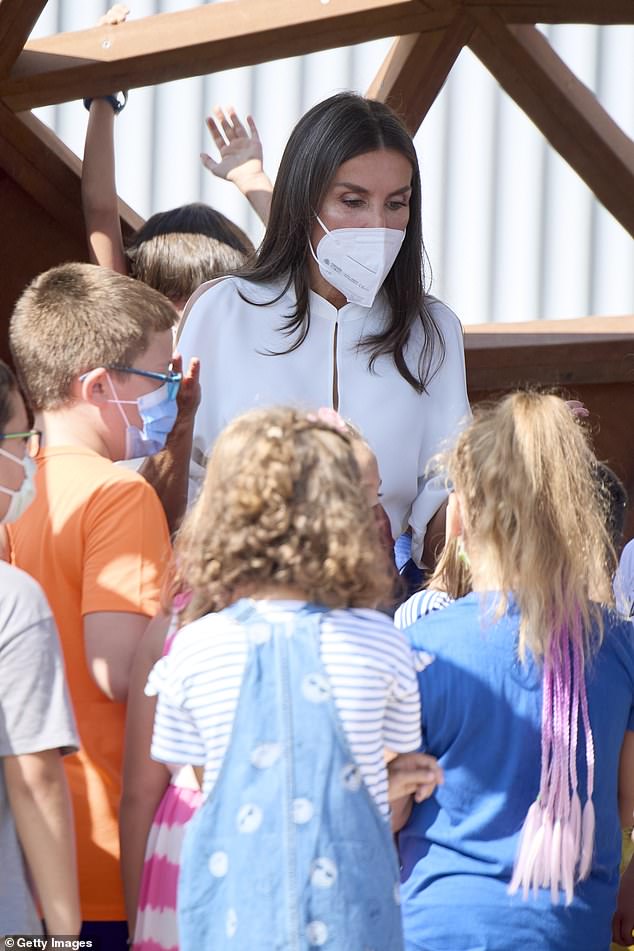 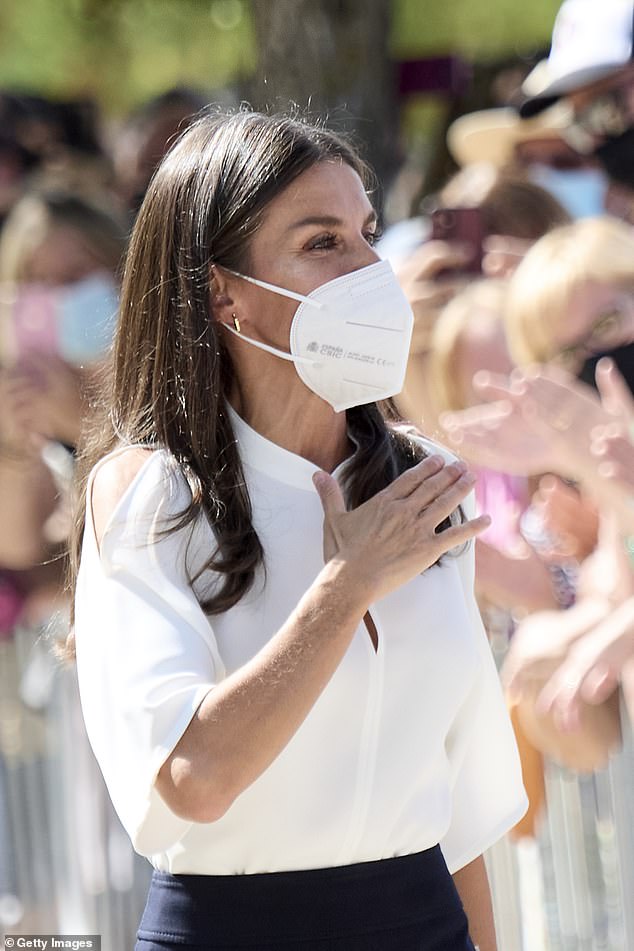 The mother-of-two was joined on her visit by the Minister of Education, Pilar Alegría, the President of Aragon, Javier Lambán, and the mayor of the municipality, Luis Zubieta.

The monarch accessorised the outfit with matching navy espadrille wedges by brand Castañer and simple gold bamboo canes earrings to round off the stunning ensemble.

During the school visit, the Spanish royal was welcomed by a cheering crowd of well-wishers who she waved and smiled to in return. 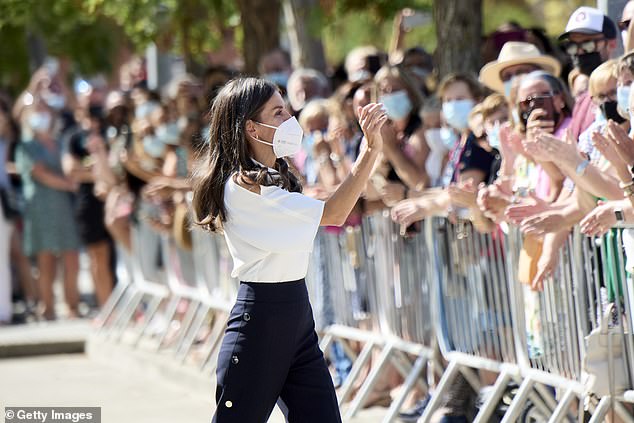 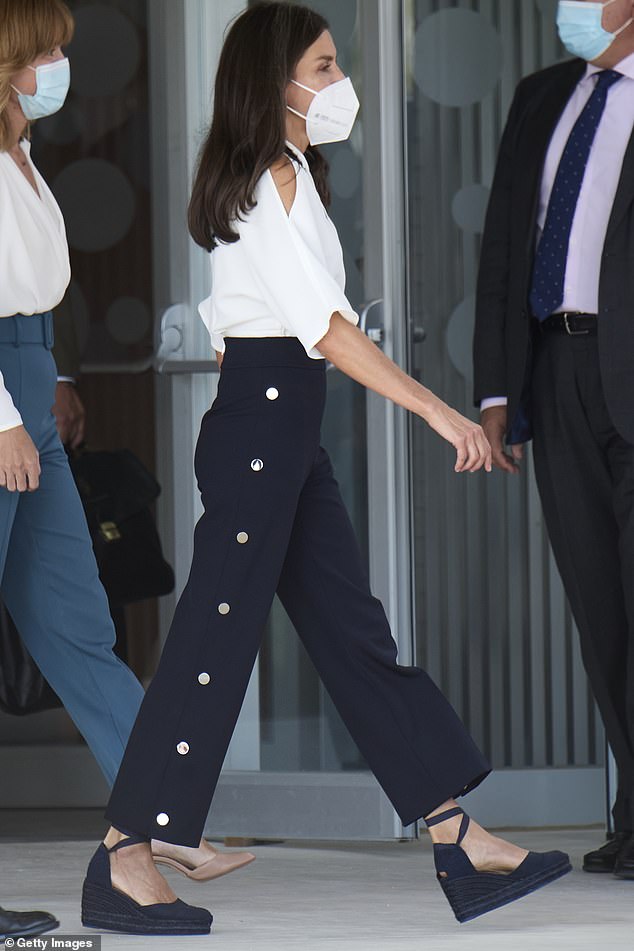 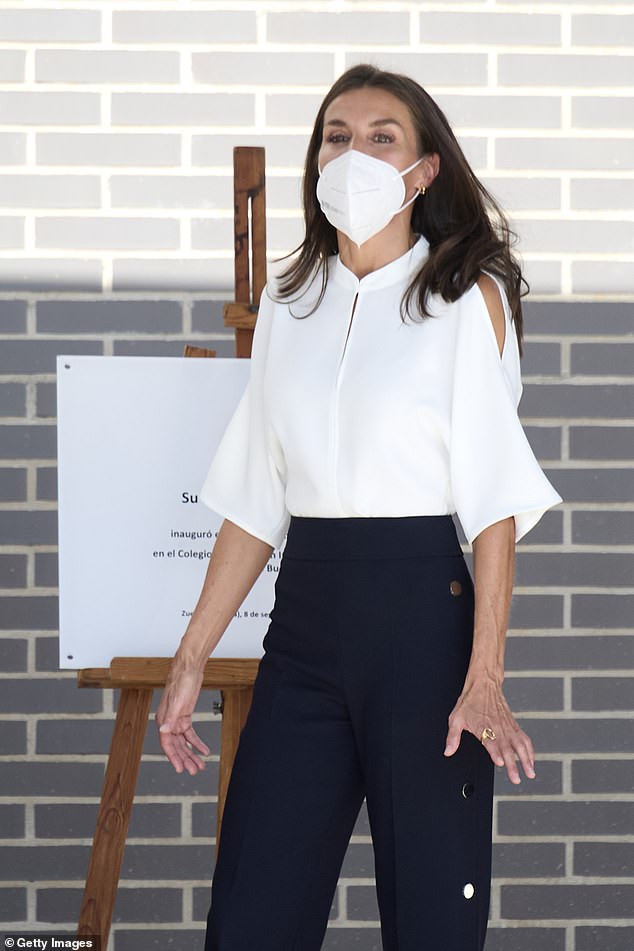 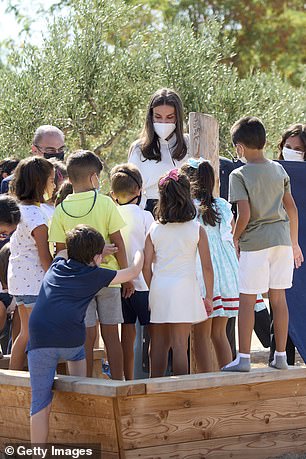 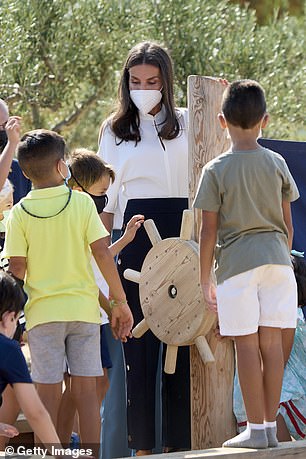 While attending Odón de Buen, Queen Letizia chatted happily with students from the school as they crowded round her and showed her their playground.

She looked relaxed and in high spirit during the event which saw her meet the school staff.

Before the monarch made her visit the town’s mayor, Luis Zubieta, said, ‘[We all] have the responsibility to strengthen a quality education that contributes to the formation of our boys and girls as future members of a responsible, critical citizenry, democratic and free.’ 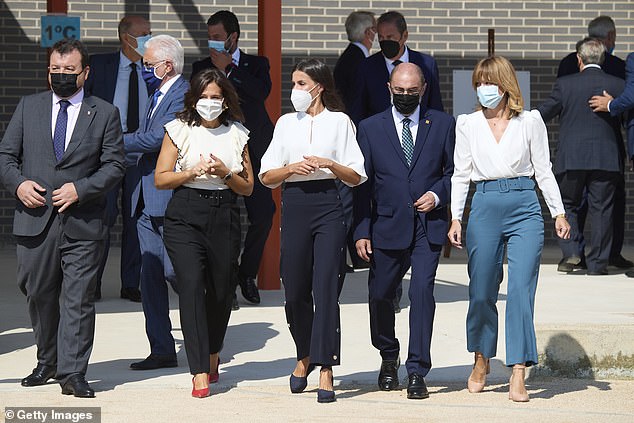 The mother-of-two was joined on her visit by the Minister of Education, Pilar Alegría, the President of Aragon, Javier Lambán, and the mayor of the municipality, Luis Zubieta 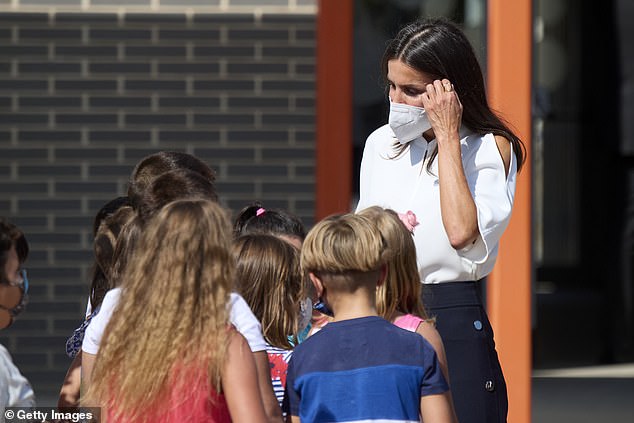 ‘Odón de Buen [himself], a native of this town and considered the founder of Spanish oceanography will continue to inspire new generations. ‘

The school prides itself on that fact that immigrant students represent 25% of the total student body.

It’s considered a ‘national benchmark’ due to its modern facilities, which the Government of Aragon and the Zuera City Council teamed together to make possible, with the help of local educators.

Queen Letizia’s visit comes after her own daughter, HRH Princess Leonor of Asturias, the future Queen of Spain, made her way to Wales to attend the boarding school, UWC Atlantic College. 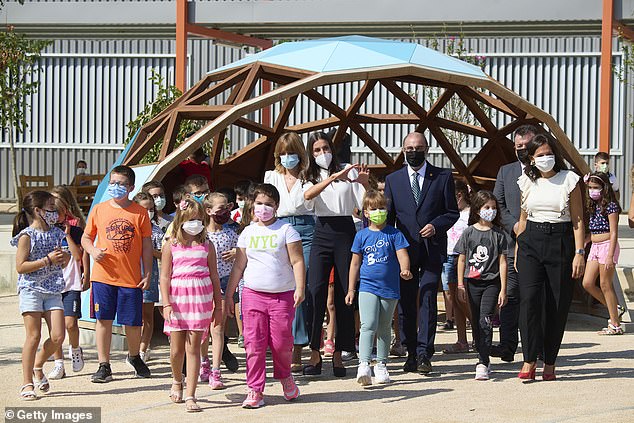 She later joined the group in another area of the playground, where they could be seen posing for a picture 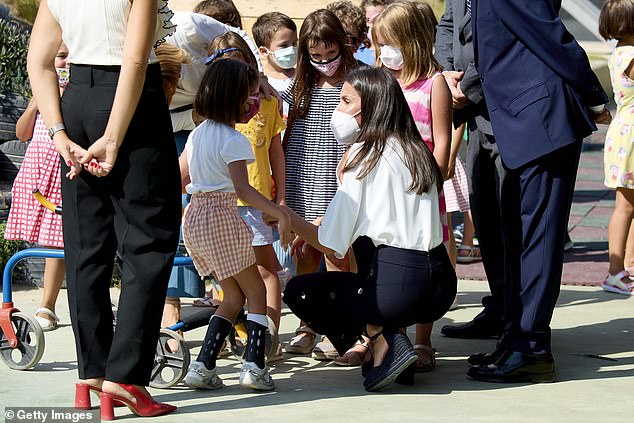 During one stage  of the visit, Queen Letizia leant down to speak directly to one young student at the school

The heir to the Spanish throne Leonor, 15, has been enrolled on a £67,000, two-year course to study for her International Baccalaureate diploma at UWC Atlantic College.

King Felipe and Queen Letizia of Spain dropped Leonor off at Madrid’s Adolfo Suarez Barajas Airport last month, hugging her before she made her way to her departure gate.

Once you understand the terrible cost of doing nothing, climate action is a bargain