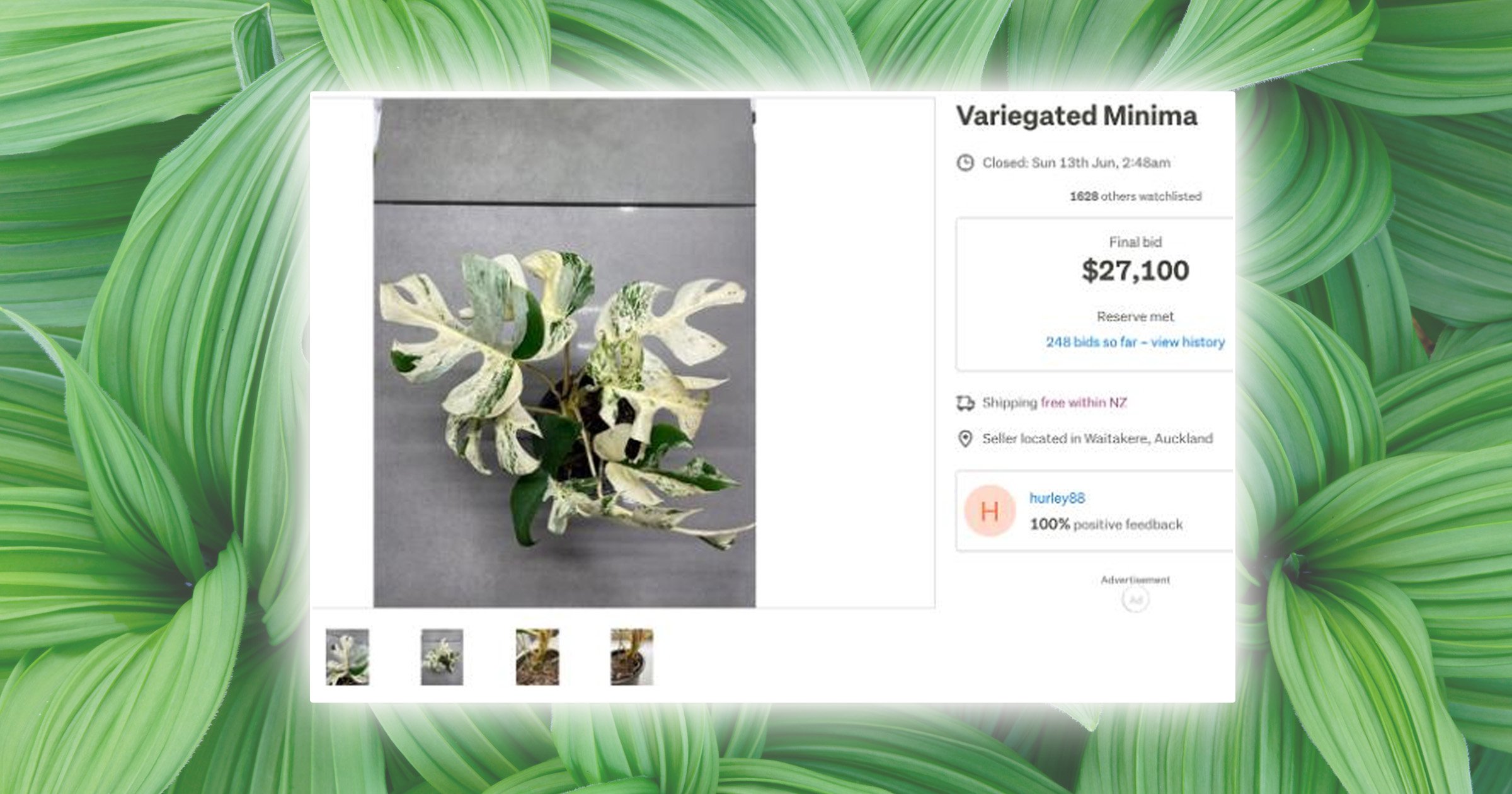 Dedicated plant parents will know that a rare bit of greenery is something very special.

But even those with a Monstera in every corner might balk a bit at how much this particular houseplant has sold for.

A houseplant with just nine leaves – lovely ones, yes, but there are only nine – has sold for a record-breaking NZ$27,100.

That makes it the most expensive plant to sell on New Zealand auction site Trade Me.

To be fair, it is a very fancy plant, described as a ‘very rare white variegated Rhaphidophora Tetrasperma’.

The Rhapidophora Tetrasperma is also known as the mini Monstera and Ginny philodendron, despite being neither a Monstera or a Philodendron. Confusing, we know.

It’s part of the Araceae family, and looks quite a bit like the ever-popular Monstera (Swiss Cheese Plant), but can be trickier to get hold of.

The ‘white variegated’ bit of the name refers to the pattern on the leaves; when you have two colours visible. Apparently variegated plants are all the rage right now.

This particular plant was described as having ‘excellent variegation’, while the listing noted that it had ‘eight leaves with the ninth just about to uncurl’.

It sold to a bidder named ‘meridianlamb’, who managed to win out in a last-minute frenzy, following 248 bids for the plant.

A Trade Me spokesperson told CNN that the plant had over 102,000 views and was on more than 1,600 watchlists – so we imagine there are quite a few disappointed plant fans out there.

Let’s just hope that whoever landed this specimen will take good care of it.

And for those who don’t fancy dropping thousands on a single potted pal, you can find quite a few variegated Monsteras up for sale on Etsy.