The cost of Australian emissions-intensive businesses were already being driven up by the worldwide drive for zero net emissions by 2050, the Reserve Bank has warned while arguing the risks to local businesses will only continue to grow.

RBA deputy governor Guy Debelle, in an address to the CFA Australia investment conference this morning, said no matter the opinions of Australians towards the move to net zero, it was going to happen. 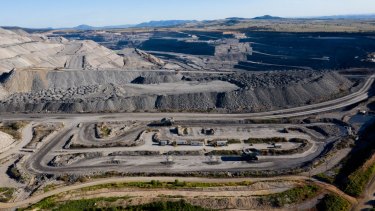 The federal government faces international pressure to increase its current climate targets ahead of the United Nations climate summit in Glasgow next month. Prime Minister Scott Morrison is aiming to commit to achieving net zero emissions by 2050, but needs to convince the Nationals the policy will not hit regional economies.

But the financial sector is already debating how to deal with climate change. The Australian Prudential Regulation Authority is leading a climate vulnerability assessment of the sector to see what changes in climate may due to the entire financial system.

Dr Debelle said climate change was a “first-order risk” to the system, with broad-ranging impacts on Australia including households and businesses.

He said a key issue was how investors changed their priorities as climate change materialised, and how they responded to the drive to 2050.

The Australian financial system and the broader economy could not escape what was occurring around the rest of the world.

“Investors will adjust their portfolios in response to climate risks. Governments in other jurisdictions are implementing net zero policies,” he said.

“Both of these are effectively increasing the cost of emissions-intensive activities in Australia. So, irrespective of whether we think these adjustments are appropriate or fair, they are happening and we need to take account of that. The material risk is that these forces are going to intensify from here.”

Dr Debelle noted there had not been any obvious change in investor appetite for Australian bonds or shares.

“There is a risk we will see more of these divestment decisions sooner rather than later,” he said.

Dr Debelle said there was scope for the financial system to support businesses that may not be fully net zero, but offered a transition.

He cautioned, however, that delaying action could lead to a reckoning in coming years.

“Countries and economies need to transition sustainably. Some projects that are not ‘green’ will nevertheless be needed to assist an economy transition to net zero,” he said.

“Investing in a reduction in carbon emissions can still be an important part of the transition, even if the immediate outcome is not zero emissions.”

“Simply shutting down parts of the economy is unlikely to deliver a socially optimal transition. It is not necessary today to go down such a path, though the time we have before such a path might be necessary is decreasing.”

Dr Debelle said while there were risks around climate change, there were also substantial opportunities for Australia.

“We have already seen a significant amount of investment in renewable electricity generation in Australia over the past decade,” he said.

“There are plenty of opportunities for Australia to continue to take advantage of its natural endowments of renewable resources and continue to be an exporter of energy to the world, but in
a much cleaner and more sustainable way.”

Mum, 42, dies from rare dementia that ‘destroyed her life’ before diagnosis