A devastated single mom claims she has been taken for more than $33k by a party-planning friend of Teresa Giudice — and she’s filed suit over it.

Barrie Granito, an Upper East Side real-estate agent, told The Post that she paid $33,510 to Elvira Grau to host a bar mitzvah for her son. Now that the party has had to be canceled because of COVID-19, she claims Grau won’t give the money back.

Grau, 50, who owns Space New Jersey in Englewood, NJ, is friends with the “Real Housewives of New Jersey” ladies, even making cameo appearances on the Bravo show and planning parties for Giudice.

“I knew that Elvira was known in New Jersey for creating exciting parties, so I made an appointment and had a hard-hat tour [while Space 54] was still being built,” said Granito. “I got really excited.” 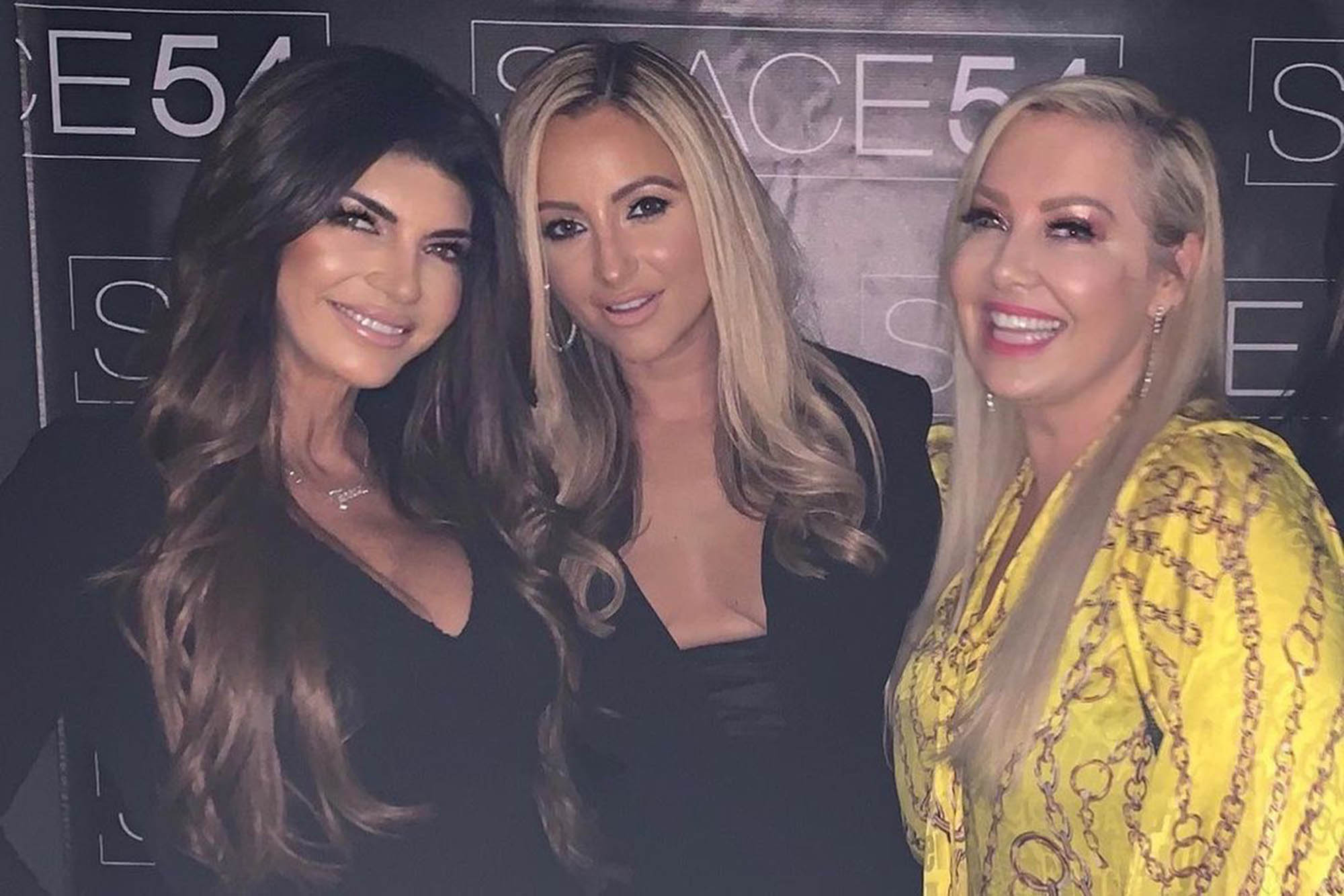 She explained that it had been the dying wish of her mom, Sylvia, who passed away in 2018, that her grandson have a bar mitzvah. She even left money in her will to pay for it.

According to the complaint, the contract stated that “if Space 54 fails to comply … due to any event or act outside and beyond the scope of Space 54’s control, [venue] liability shall be limited to a refund of the deposit.” Granito’s attorney, Marc Held, says in the filing this means all the deposit money.

Granito, who’s in her early 50s, said she agreed to a $40,000 deal including catering for 80 kids and 60 adults, as well as a DJ, staff, games and dancers, tables and chairs, and a set-up for the religious service.

She also got a friend in the deal — or so she thought. “Elvira and I became very close,” Granito said.

She paid all her deposits in cash — and has the invoices to show for them — at Grau’s request. “I didn’t really think about it,” Granito said. “I just went along with everything.”

In the second week of March, just as COVID hit and the city was facing a lockdown, she received a call from Grau. 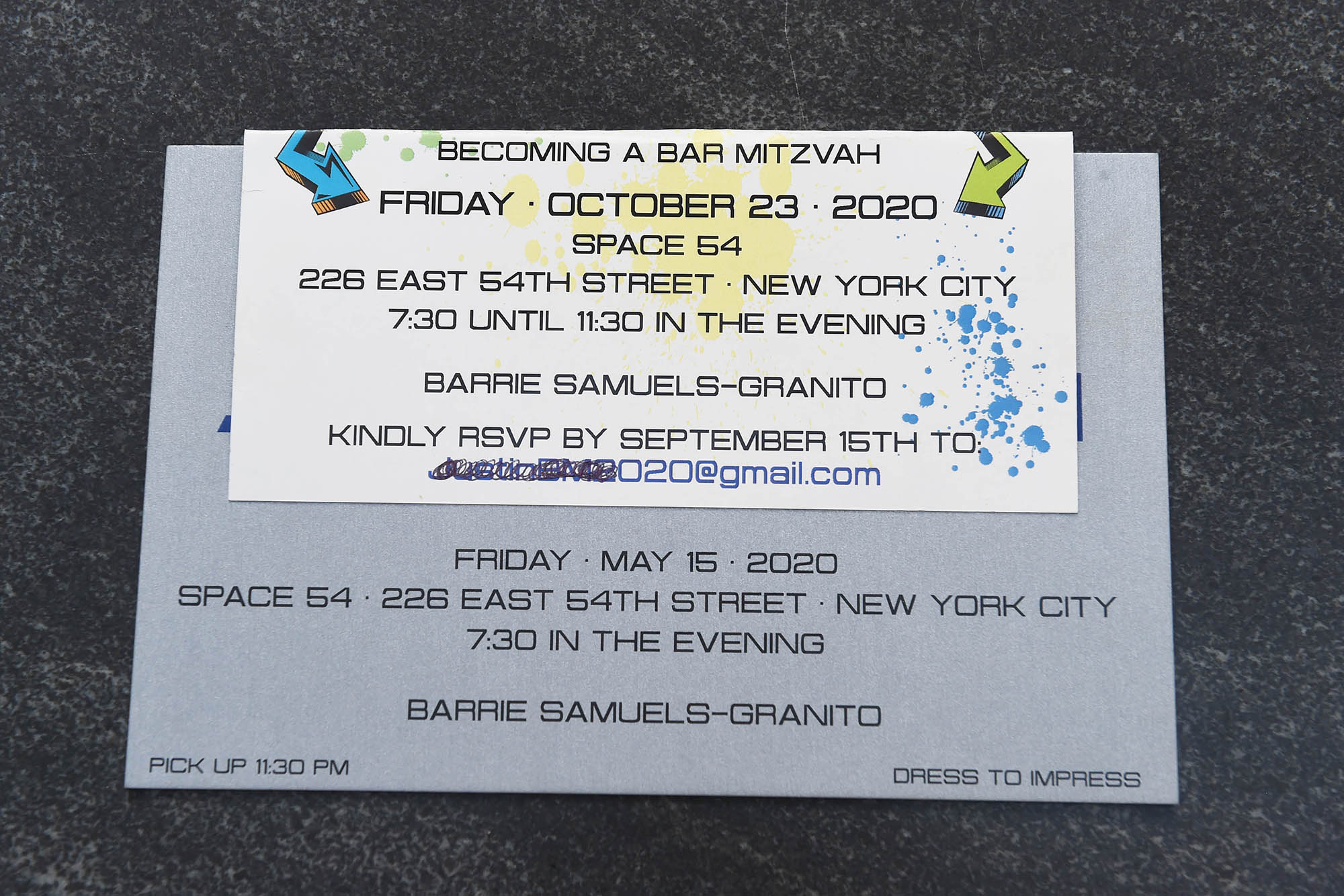 “I had just hand-delivered most of the invites and Elvira and [her husband and business partner] Jim called me and said, ‘Can you do us a big favor and give us $10,000? We’re going to be closing and we could really use the cash to pay our employees. We’re in a bind,’” Granito alleged the woman said.

“I said, ‘I don’t have that money.’ I had already paid $31,000 in cash,” she recalled, noting that the bar mitzvah was still 12 weeks away at the time. “I’m so stupid. They made me feel terrible because they said the couldn’t afford to pay their staff, so I ran over there and gave Elvira’s assistant whatever I had available, which was $2,100,” Granito claimed.

The court filing states that Granito was “pressured” to pay her deposits early because the Graus were “broke.”

On March 16, when it became clear they could not have the party as planned, the women settled on a new date of Oct. 23.

But as it became obvious that NYC likely wouldn’t be ready for events in the fall, either, Granito instead hosted her son’s bar mitzvah at home in May with a rabbi conducting the service over Zoom.

Grau offered to hold the event in New Jersey, which is open to parties, but Granito instead asked for a refund — she had her heart set on a “cool NYC disco vibe.” She said Grau then put her off, saying, “Let’s talk later.”

You can’t take money from Peter to pay Paul.

“But later never happened and I haven’t heard from her since July,” Granito said.

Meanwhile, she noted, Grau — who filed for bankruptcy in 2010 and saw her $3 million NJ home foreclosed in 2012, yet continues to show a glitzy life on Instagram — has been busy during the pandemic: launching “boozy brunches” at Space NJ and showing off a new food truck for outdoor events on her social media.

After brief contact in August, Granito said, there was “dead silence.” It was then, she said, that “I realized I’m not getting my money back.”

She had a couple of party planner friends contact Grau, who allegedly claimed she didn’t have the money available to refund Granito.

Evan Cowit, an attorney for the Graus, told The Post: “My clients have gone above and beyond to try and accommodate Ms. Granito. They believe that any claims she’s making are baseless and will vigorously defend themselves.”

This week, Granito’s attorney filed a suit against Grau, her husband and business partner Andrew Zang for the money plus interest, attorney fees and relief for her distress.

“You can’t take money from Peter to pay Paul,” Granito said. “I want my money back and I don’t want anyone else to suffer like I have.”

Tom Girardi to take the Fifth, will not testify at Lion Air hearing

Dog who spent 400 days at animal shelter is finally adopted