Robert Rainwater, a curator and art historian who oversaw a vast expansion of the New York Public Library’s holdings in modern and contemporary prints, artist-made books and printed ephemera from the 1970s onward, died on Nov. 13 at his home in the Chelsea neighborhood of Manhattan. He was 75.

His death was announced by Max Schumann, president of Printed Matter, a nonprofit distributor dedicated to artist’s books and related publications, where Mr. Rainwater was a longtime board member. The medical examiner’s office said the cause was atherosclerotic cardiovascular disease.

Throughout his 37-year career at the library — including two decades as the first chief librarian of the Wallach Division, which combined the library’s vast holdings in art, prints and photographs — Mr. Rainwater worked on acquisitions, exhibitions and public programs, including a series of interviews with artists organized with Printed Matter.

His first exhibition was “Women Printmakers” (1973), which brought to light a long-neglected gift to the library of about 800 prints by female artists from the 16th to the 19th centuries. He also mounted shows of liturgical manuscripts, Japanese handscrolls and works of the French 19th-century printmakers Charles Meryon and Félix Puhot.

Some of his largest shows highlighted gifts that he had helped bring to the library. A notable one was “Max Ernst: Beyond Surrealism,” which he organized in 1986 with Evan Maurer and Anne Hyde Greet. That show was spurred by a large gift of Ernst’s prints and posters from the artist’s widow, the Surrealist painter Dorothea Tanning, who subsequently gave many of her own prints to the library. 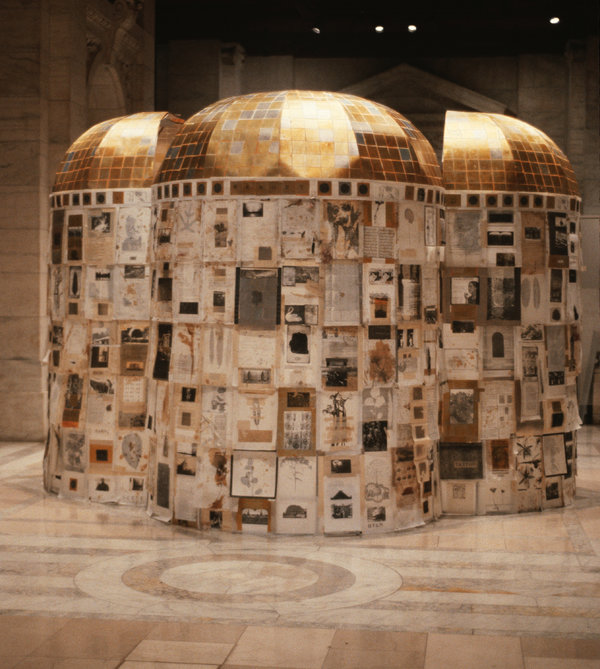 As a centerpiece for the show “On Paper: History of an Art” (1990) and its more than 200 items, Mr. Rainwater commissioned a large work in paper from the artist Michelle Stuart. She produced “Derelict Tracts: An Observatory,” which had domes covered in gold and silver leaf, like a downsized Byzantine church, and walls made of scores of sheets of hand-printed china paper.

In 1999, Mr. Rainwater was instrumental in bringing to the library the Elaine Lustig Cohen Dada Collection, considered the largest of such art in private hands.

His final large show was “Ehon: The Artist and the Book in Japan,” which opened in 2006, the year after he retired. He conceived of the exhibition, which covered the period from the year 764 to the present, and collaborated with the guest curator Roger S. Keyes.

Robert Gordon Rainwater, universally known as Bobby, was interested in art from an early age. Born on Feb. 12, 1943, in Okmulgee, Okla., the son of two schoolteachers, Eland and Marie (Dyer) Rainwater, he moved to Muskogee, Okla., with his family when his father became the principal of an elementary school there.

By the time he graduated from the University of Arkansas in Fayetteville in 1966 with a double major in art history and painting, he had taken every course in art history the school offered. In his application that year for a Woodrow Wilson National Fellowship, he wrote, “I have decided to devote my fullest energies to study in this field.”

A memorial to those who lost their lives in 2018

He received the fellowship, and it enabled him to move to New York and enroll in the Institute of Fine Arts at New York University, where he studied with the art historians William Rubin and Robert Goldwater. He earned a master’s degree in art history from the institute in 1969 and completed course work for a Ph.D. there in 1971. Surrealism was a chief area of interest, although he never wrote his dissertation.

He went to work at the New York Public Library in 1968 as a technical assistant in the art and architecture division, where his chief responsibility was answering questions from the public, either by telephone or mail. The print division was next door, and in 1972 Elizabeth E. Roth, its keeper (as curators were then called) and one of the library’s great repositories of institutional memory, invited Mr. Rainwater to join her department. Upon her retirement nine years later, he became keeper of the division.

Mr. Rainwater became the librarian of the newly formed Miriam and Ira D. Wallach Division in 1985. At the same time, he was named curator of the William Augustus Spencer Collection of Illustrated Books, Manuscripts and Fine Bindings.

Mr. Rainwater was a private man known for his erudition, wit and indefatigable energy. He missed few museum or gallery exhibitions and regularly attended theater, opera, dance and performance-art events. He and three friends celebrated Christmas every year at the Century Club, where he was a member. He would bring each friend six or seven gifts, carefully wrapped and collaged with stickers and other printed ephemera.

He is survived by his sister, Peggy Askerman.

Reviewing the 1986 Max Ernst exhibition for The New York Times, Vivien Raynor noted that the show had two assets. One was the new gift of Ernst works; the other, she wrote, was Mr. Rainwater, who “brings to bear a special sensitivity to the nuances of his subject.”

Humans Used to Be Able to Hibernate, Evidence Suggests