The news that the Italian capital has installed a vending machine that can conjure up its nation’s favourite dish in just three minutes has been met largely with derision by pizza purists.

The small pizzas produced, which cost from around £4 to £6, include a classic margherita, quattro stagioni (four cheese), diavola (hot) and a deeper pie toppped with the Italian ham pancetta. 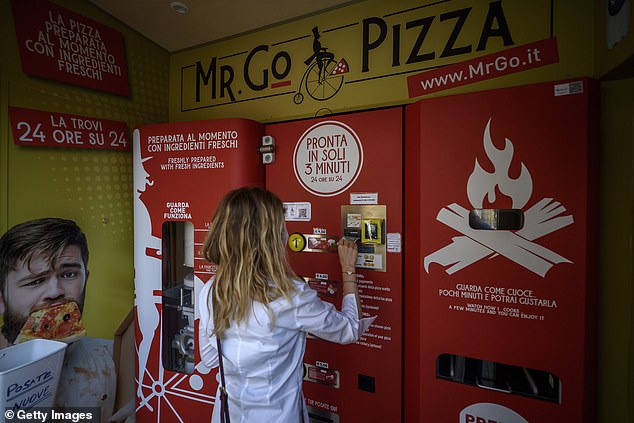 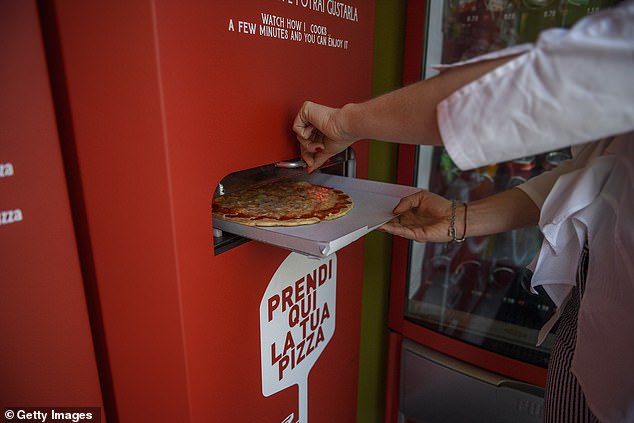 Promising four types of piping hot pizza in just three minutes, a classic margherita will set you back around £4 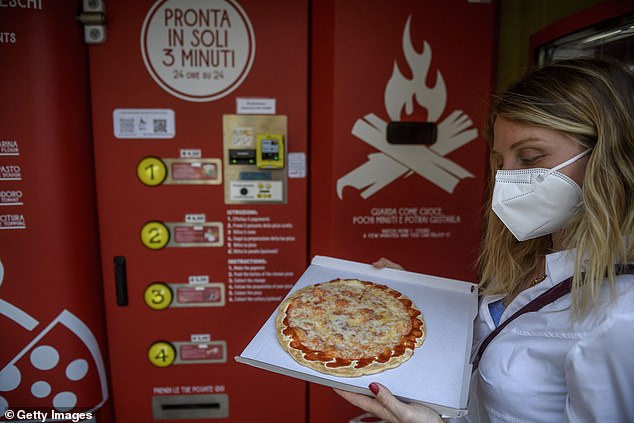 On social media, many have mocked a city where wood-fired pizza has been a favourite for centuries – saying the machine is ‘sacrilege’ 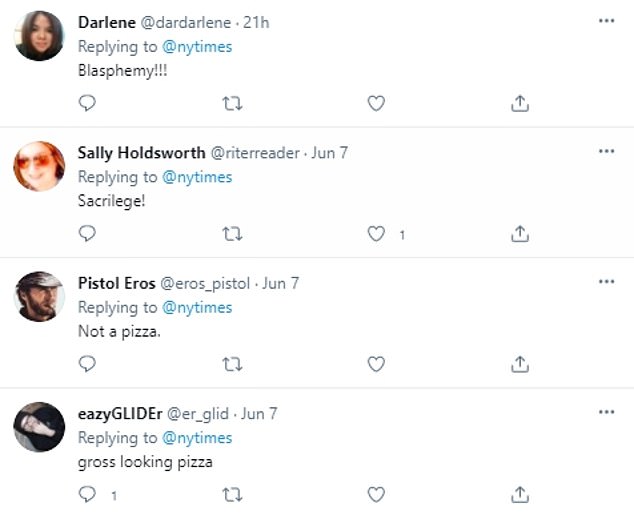 The idea that a city associated with hand-tossed, wood-fired pizzas that have been an Italian staple for centuries is offering up to 900 pizzas a day via the new machine has been blasted as ‘sacrilege’ on social media.

@AndyEste0 suggested the pizza served up ‘looks like it has been eaten before?’

Meanwhile, @resistor_s, responding to the New York Times story on the machine, said: ‘I can’t see this having much of an impact on the pizzeria sales in Italy!’

Another Twitter user suggested that the Italian pie neatly deposited after just three minutes is ‘not a pizza’, while another said that Rome had learned bad habits from the US, where vending machines, serving everything from hot dogs to hamburgers and noodles, are a regular sight at service stations.

The machine is the brainchild of entrepreneur Massimo Bucolo – an Italian – who says the pizzas offered are created with quality ingredients.

Of his creation, he said: ‘When I first saw the machine and learned about how it works, I totally fell in love with it. 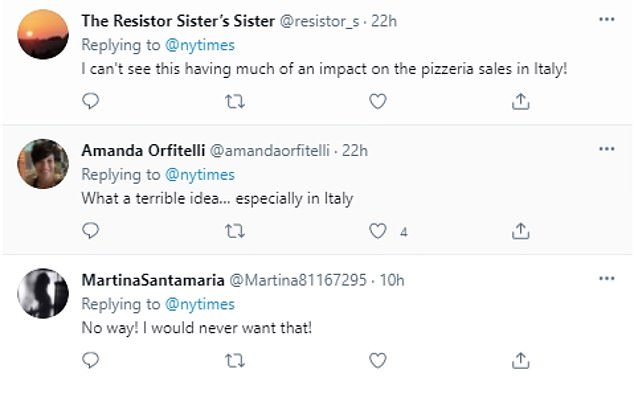 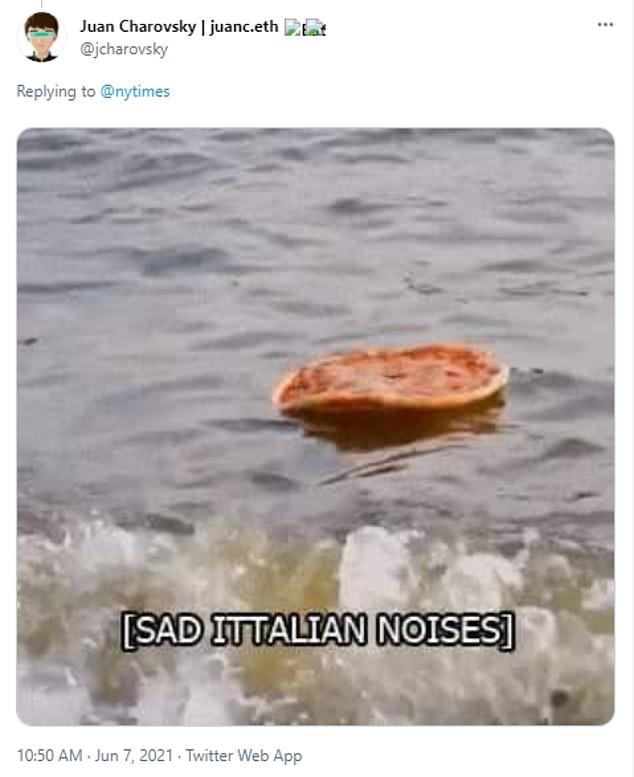 ‘And so I did a lot of research and spoke to a lot of food suppliers, ensuring that the ingredients would be of the highest quality. People are mocking the product without even having tried it.’

Some pizza fans defended the installation of the machine, with one Italian saying they were already commonplace across the country anyway.

@King_Hipp0 suggested Roman pizza wasn’t quite as good as pizza purists were making out, writing: ‘Pizza in Rome sucks, vending machine will be an improvement.’

Fosse/Verdon: Gwen Verdon Was So Much More Than Just Bob Fosse's Wife

Find Out Why Shoppers Are Calling This Their Favorite Sweater

How Much Is 'Grace and Frankie' Actress Jane Fonda Worth?