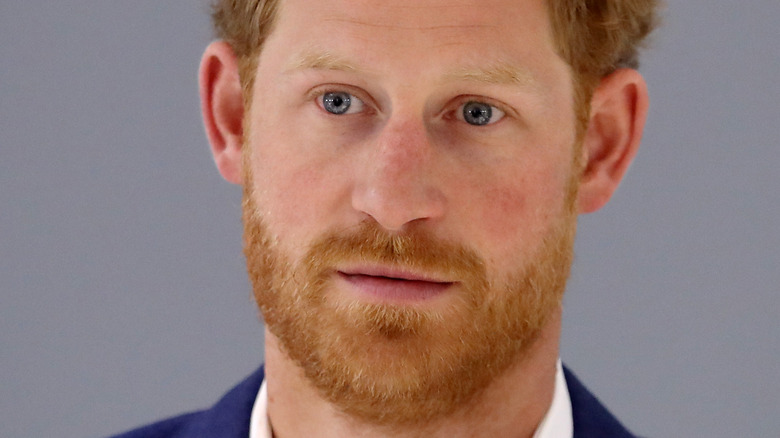 Prince Harry and Meghan Markle’s exit from royal life in early 2020 has sparked a lot of rumors about the state of their relationship with the rest of the royals. Although there has been speculation of a rift between Harry and his brother Prince William (via Insider), not much has been said about his bond with his grandmother, Queen Elizabeth II. In March, Harry and Meghan sat down for a tell-all interview with Oprah Winfrey. During the televised special, the Duke of Sussex revealed that the news of the couple’s exit from the royal family wasn’t a shock to anyone within the Firm, especially his beloved grandmother. “I never blindsided my grandmother. I have too much respect for her,” Harry told Oprah, per People Magazine.

Although the queen was said to be upset about Harry and Meghan’s choice to step down as senior members of the family, royal expert Richard Fitzwilliams says that she would welcome the Sussexes back if they changed their minds in the future. “The queen has made it absolutely clear that they would always be welcome back if they had a change of heart,” Fitzwilliams told Us Weekly.

It appears that Harry and his grandmother have a very special relationship, and although the COVID-19 pandemic has kept them from visiting each other often, the two reportedly shared a very sweet moment together after Prince Philip’s funeral in April.

Prince Harry's relationship with the queen is as strong as ever 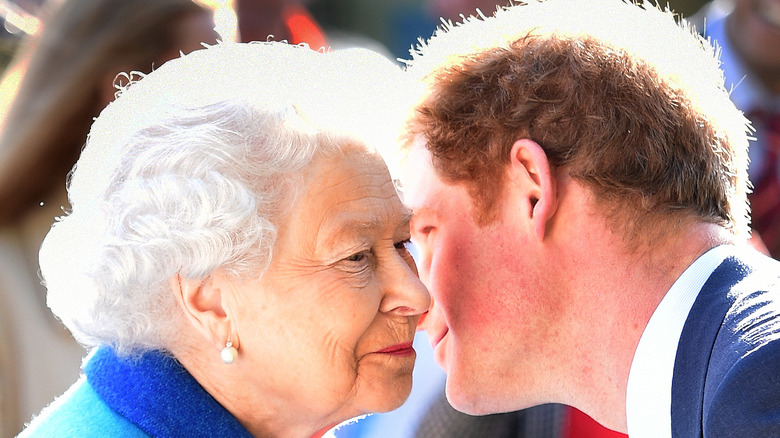 Recently, Prince Harry and Meghan Markle’s biography, “Finding Freedom,” has been re-released with some new information to cover the events of the past two years. In the new epilogue of the book, authors Omid Scobie and Carolyn Durand reveal that Harry had a very special meeting with his grandmother, Queen Elizabeth, when he returned home to mourn the loss of his grandfather, Prince Philip, in April, per Town & Country. “To see each other after so long apart, the longest he hadn’t seen the Queen for, was very special,” a source told the authors. “Despite everything that has happened, he has the utmost love and respect for her. Her life of duty and service is one of the many ways in which she has inspired him to also serve.”

Meanwhile, Scobie has revealed that Harry’s relationship with the queen is still good, despite the Duke and Duchess of Sussex’s royal exit and the public comments criticizing the royal lifestyle. “When it comes to that relationship with the Queen, it is as strong as ever — they have nothing but love for her,” Scobie told “Good Morning America” (via Marie Claire). Scobie also revealed that the fact that Meghan and Harry named their daughter Lilibet after the queen is a sign that their relationship is on good terms.

It certainly seems that Prince Harry still has his grandmother in his corner no matter what.

Is the $2,975 VIP Tour at Disneyland Really Worth It? We Asked Someone Who's Done It Twice