It’s official! Madison LeCroy and and her boyfriend, Brett, are engaged after seven months of dating.

Celebrity Engagements of 2021: Stars Who Got Engaged This Year

“I’m excited to announce that I am engaged!” LeCroy exclusively told Us Weekly on Wednesday, October 13 while discussing her partnership with Amazon. “Oh, my gosh. I am so excited and I feel like I’ve been trying to hold this in for quite some time and it has been one of the hardest things I’ve had to do.”

The salon owner revealed that the couple aren’t in a rush to plan their wedding because they are looking forward to everything being just right.

“Even though I was married in the past, I had never tried on a wedding dress. I had never done any of that. This is really the first time that I’m going to be a bride, so I’m going to take my time,” she shared with Us. “[Brett] has a large family and so do I. So we’re gonna probably keep it under a hundred [guests] if we can, which is going to be hard to do.”

LeCroy originally showed off her new romance in June after previously dropping hints that she had someone special in her life.

“Madhappy,” the reality star captioned several Instagram photos of herself and Brett enjoying a boat ride. That same month, the Southern Charm star revealed that she “fell in love instantly” after going on just one date with her now-fiancé.

“I did not know him at this time, but I go into this bar and we immediately lock eyes from across the room. It was, like, instant,” she exclusively told Us Weekly in June about meeting Brett during a trip to Arizona. “I said, ‘You can take me out, but you’ll have to take me out in Charleston, South Carolina.’ And he says, ‘I’m fine with that. When are you available?’”

After their first date, things quickly developed into a serious relationship.

“We had been together pretty much non-stop since then,” LeCroy, who split from ex Austen Kroll in December 2020, gushed to Us.

Three months later, the hairstylist admitted that she wouldn’t be opposed to tying the knot again in the future following her 5-year marriage to Josh Hughes, which ended in 2015.

“I would love to get married again. I actually enjoyed being married,” the reality star told Us in September. “[It] just didn’t work out the first time. So hopefully, second time is the charm.” 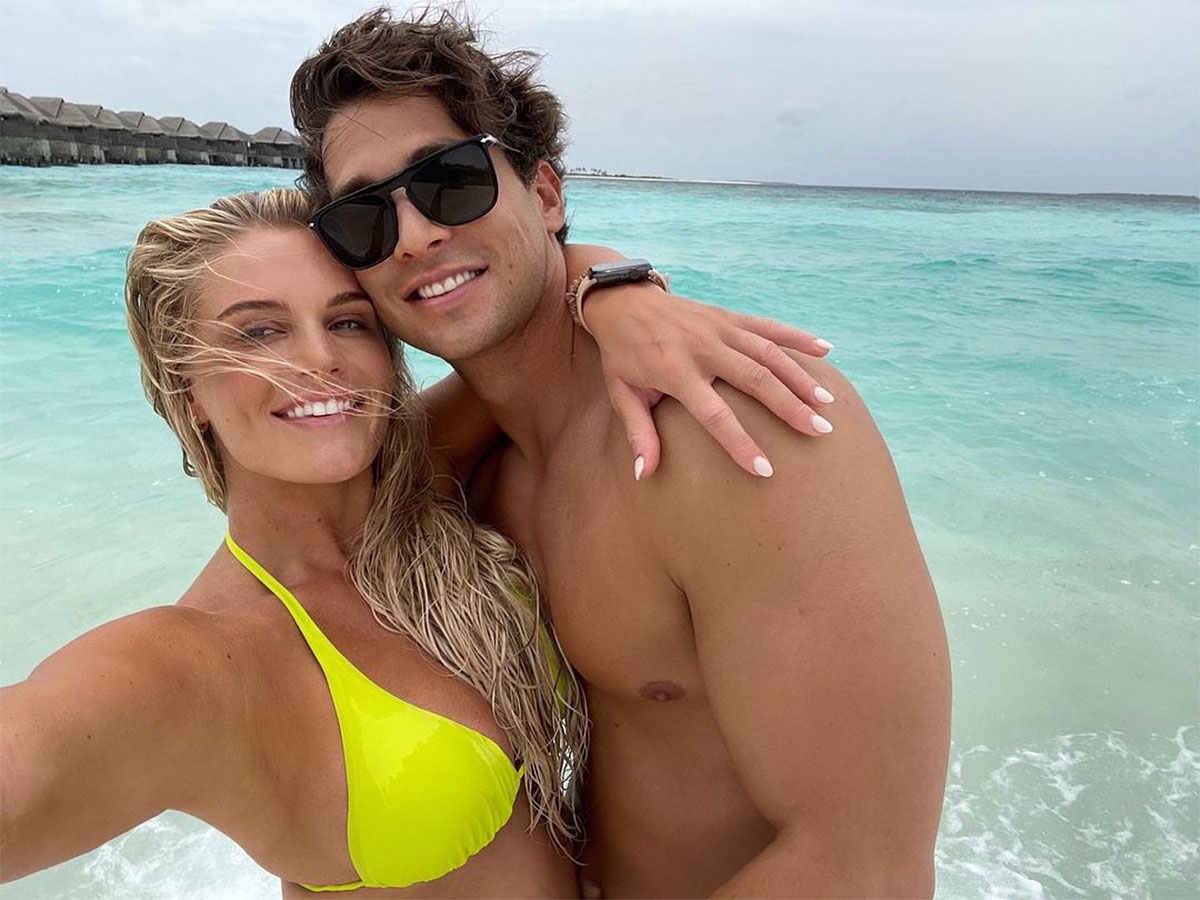 The Bravo personality had a feeling that her connection with Brett was one of a kind.

“This is like my mom said, ‘You’ll know when you know.’ That’s exactly how I feel with this. It’s crazy to have someone that respects you as much as I respect him,” she said last month. “Like for the first time in my life … I feel like I’m finally grown up and found a man.”

While they don’t live in the same place, LeCroy noted that taking trips to visit one another helped her continue to be “in this honeymoon phase.” The South Carolina native mentioned that there were no plans for Brett to appear on Southern Charm, but he has been handling her public life well.

“It’s been a little hard, you’re definitely going to have those fair share of trolls … and even people from your past that say things. So we are strong enough to where we don’t let that bother us,” she told Us. “That can be difficult, especially considering he does live more of a private life than some of the people that I have dated in the past. So yes, it’s been an adjustment, but he’s willing to stick in there with me.”

In honor of her exciting engagement news, LeCroy also discussed her Amazon livestream where fans will get to see some of her favorite Amazon Fashion products that are perfect for bridal showers and bachelorette parties.

Time to Marie Kondo your closet: The nine items you should throw out

Drake Shouted Out Arya Stark During His BBMA Acceptance Speech