A woman from Kansas had a life-saving encounter on social media.

Kim Shufelberger, 44, of Olathe, told FOX News she was diagnosed with chronic kidney disease in 2006 while she was pregnant. 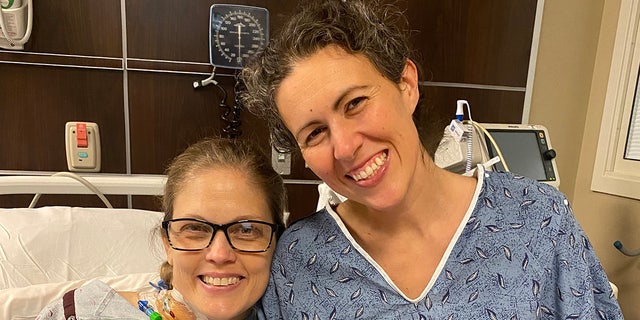 “I just wasn’t feeling right. I knew something was wrong. I thought, ‘Maybe I’m pregnant and this is how you feel,’” Shufelberger recalled of feeling fatigued.

Shufelberger said upon her diagnosis, doctors told her she “shouldn’t be having a child.” Her daughter is now 14 and by 2020, Shufelberger reached stage 4.

She said was placed on a kidney transplant list, but each time she would learn she was fourth in line.

Shufelberger said finding a living donor “seemed impossible” since the odds of having even a sibling match are just 25%.

Her friend, Morgan, put out a plea from Shufelberger on Facebook setting up a fundraiser, Shufelberger said the post described her story and need for a kidney transplant. 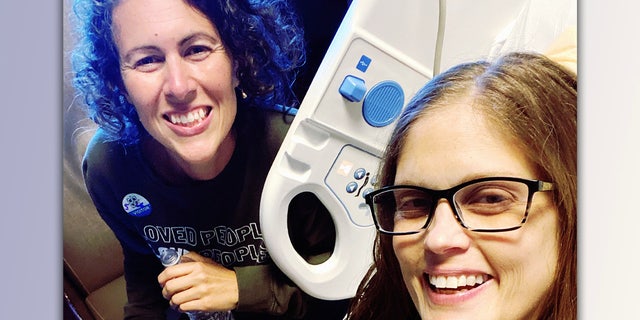 Clark, also a teacher and single mom from South Carolina, saw the post by chance on Facebook. It caught her eye, and when she logged back on and saw the post a second time, she decided to reach out, Shufelberger said.
(Courtesy of Saint Luke’s Hospital)

Brittany Clark, also a teacher and single mom from South Carolina, saw the post by chance on Facebook. It caught her eye, and when she logged back on and saw the post a second time, she decided to reach out, Shufelberger said.

Clark went to get tested to see if she was a match.

“I’ll never forget getting that call,” Shufelberger said. “There was a lady that said, ‘There’s a girl who stepped forward … she’s a perfect match.’”

Clark later messaged Shufelberger on Facebook and the duo instantly bonded over their similar backgrounds. Clark drove 15 hours to get tested when she met Shufelberger for the first time face to face.

“She [Clark] called in December and said, ‘I’m approved you’re my donor.’ I wish I could have hugged her in person,” Shufelberger said.

Clark flew from South Carolina for the procedure that took place at Saint Luke’s Hospital of Kansas City.

Clark told CBS local station KCTV that the two have an “amazing connection.” She and Shufelberger, who are both mothers and school teachers, referred to one another as “sisters” and said they talk nearly every day.

The surgery was a success, and Shufelberger has since recovered, saying she feels more active than she did before. Shufelberger says she and Clark talk nearly every day and hopes her story will encourage others to consider signing up to be organ donors.

The Hot List: Gift ideas from small businesses you will love supporting