THE Consumer Crew are here to solve your problems.

Mel Hunter will take on readers’ consumer issues, Jane Hamilton will give you the best advice for buying your dream home, and Judge Rinder will tackle your legal woes.

THE return of TV show Changing Rooms gives star presenter Laurence Llewelyn-Bowen the chance to show his flamboyant style to the nation.

If you are tempted to copy his vibrant colours and layered textures, we have teamed up with design community DIYS.com to reveal how to get it right. 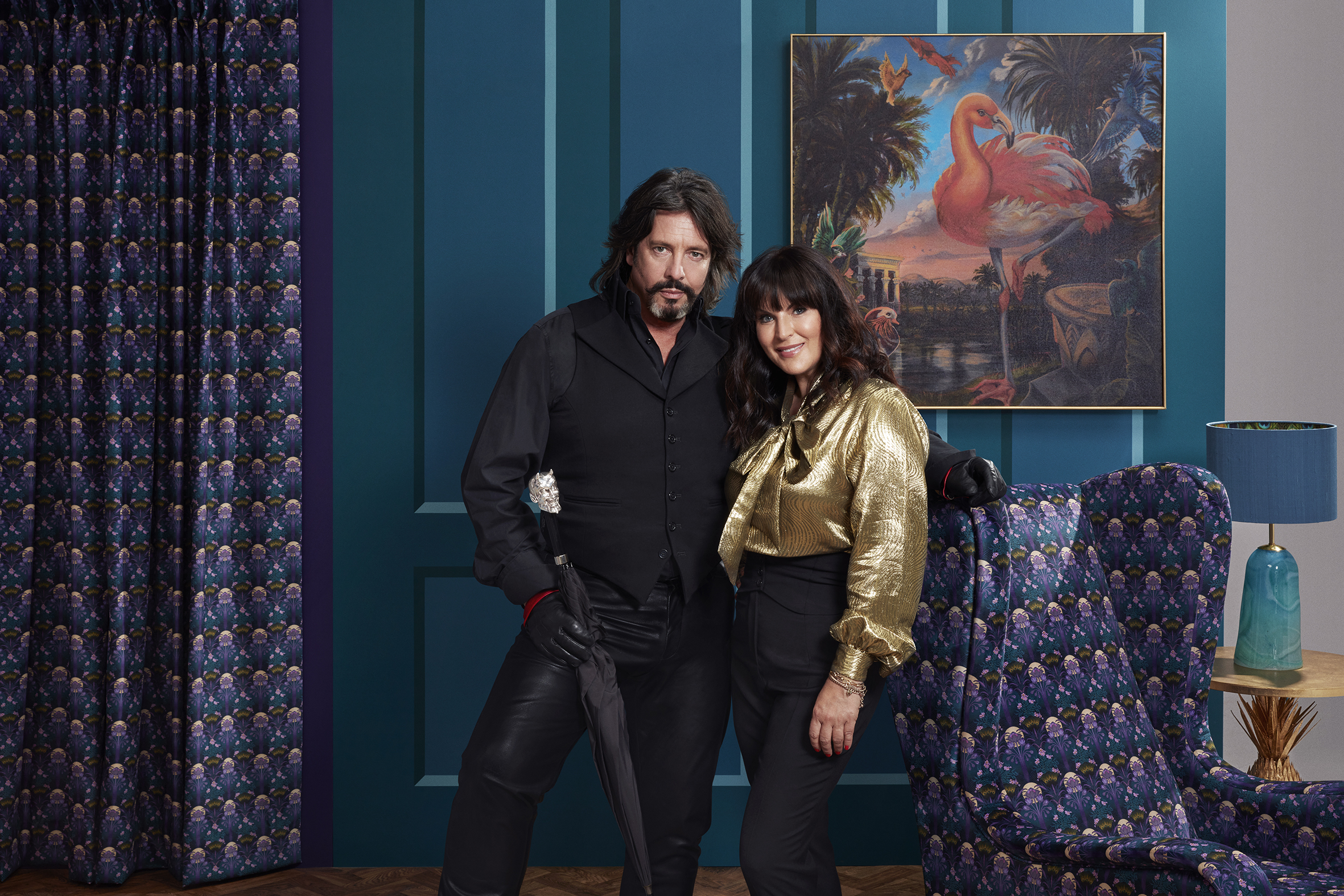 Get the Lozza look

Try our top tips to get your foot on the property ladder . . .

1) Draw out your vision: Worried certain colour schemes may clash? Test them on paper first.

2) Use cheap decor to create a theme: Soft furnishing such as pillows and rugs are reasonably cheap but can change the whole feel of a room. Ideal if you are renting or on a tight budget.

3) Go bespoke: TikTok is a top source of quirky trends you can copy. #CandleMaking has racked up a billion views while #VasePainting has been seen nearly 400,000 times.

4) Avoid a “teapot moment”: Check your furniture and shelves can carry the weight of books, ornaments and other items. Too much to display? Layer your items in a vertical shelving structure.

5) Double up: Use excess bathroom tiles as a kitchen splashback or in the hallway. Be creative.

6) Research your illusion options: If a space is narrow, opt for contrasts and light colour to widen the room. If a space is too big, go for vertical shelving and add rugs.

Buy of the week 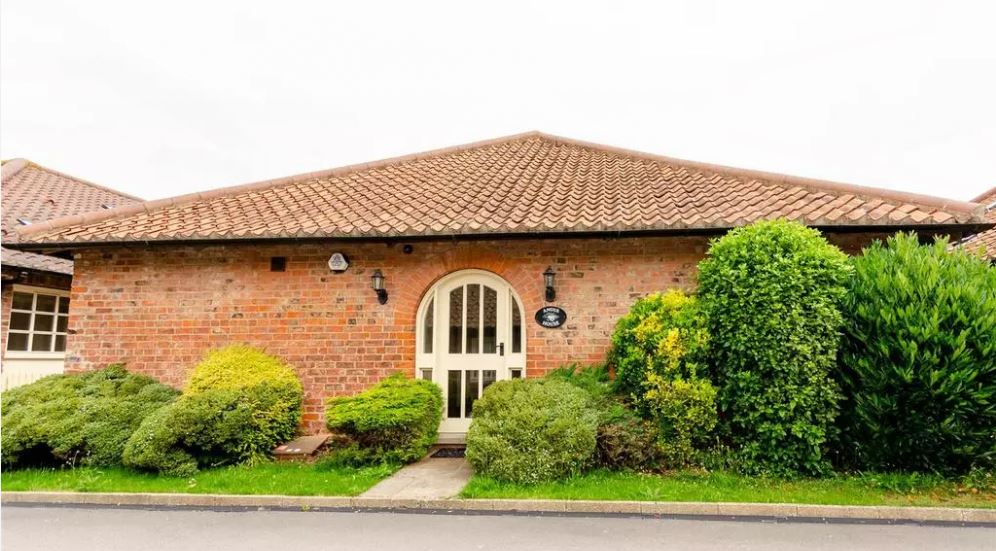 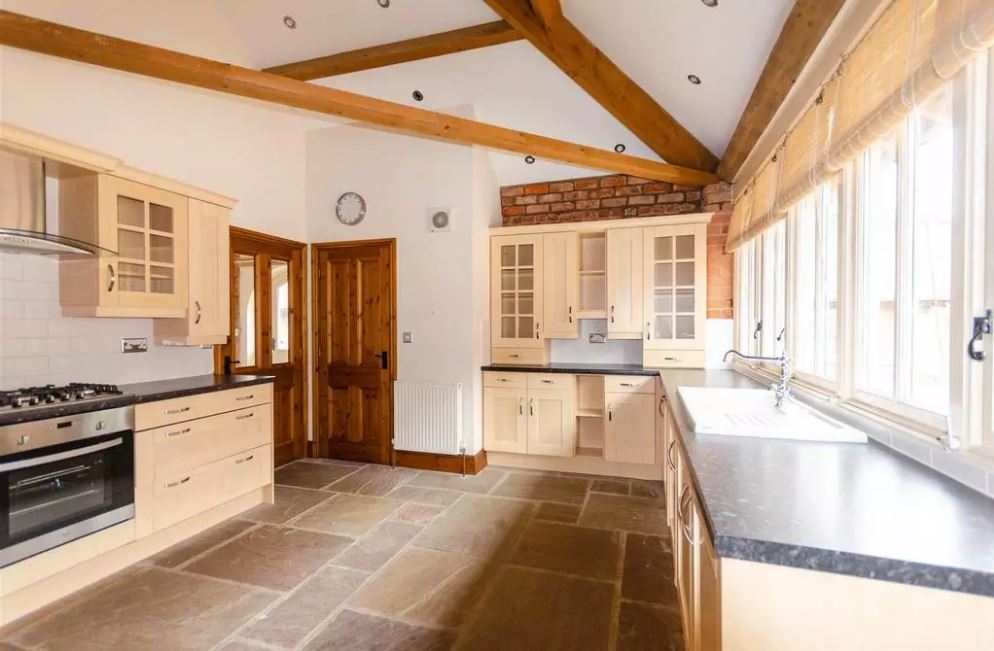 BARN conversions are regularly voted the country’s most sought-after properties. This affordable Grade II-listed, three-bedroom barn in Patrington, Hull, is £225,000 .

SEEN a good mortgage deal? Then grab it quick.

LOVE snooping on celebrity pads? A new tool helps you calculate how long it would take you to afford some of the world’s most famous star mansions, based on your current salary.

Deal of the week 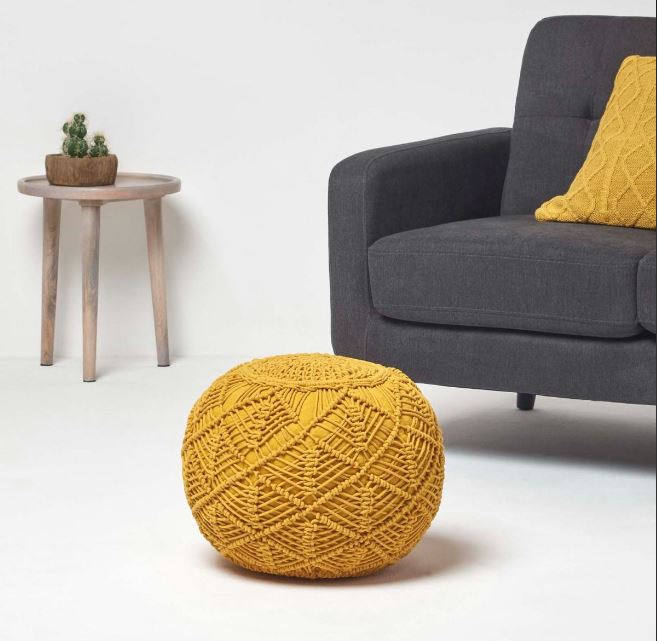 COSY and comfy, crochet-knitted pouffes are the autumn’s most on-trend home accessory.

The homescapes online.com version costs £39.99, compared to £75 at John Lewis.

‘‘Daughter has racked up £5,000 in rent arrears and we now face paying the debt as guarantors’’

Q) SOME years ago my husband became a guarantor for my daughter on a rental property. Last year, due to Covid, her job situation changed and she started creeping into arrears.

My husband was unemployed for quite some time too. He eventually found work but at a much lower salary.

Earlier this year he contacted the agency and asked to be removed as the guarantor due to the change in his financial situation.

The agency replied saying he couldn’t be removed and that my daughter was in arrears by more than £5,000.

My husband hasn’t signed any contract for at least three years and has never been notified of any of this.

It since transpired that my daughter has moved a new man into her house, has paid no rent and is being evicted in 21 days.

We have never been given a copy of the contract, so cannot check anything.

We were always led to believe that with any change in circumstances we should be notified by the agency. We haven’t been – and to find out all this now is distressing and worrying.

Where do we stand legally? We are now concerned about a possible court case and a huge debt we can’t afford.

A) Everything depends on the details in the contract your husband signed.

But it sounds to me like he may well be legally liable for your daughter’s debt. This is a serious risk of agreeing to stand as a guarantor.

It is possible your husband has a reasonable defence against this landlord, as he may only have agreed to be a guarantor for a year.

Or the lease may say he should have been notified of any changes to the lease (such as a new tenant). You may need to fight this with the help of a legal professional.

Reach out to the landlord and explain what has happened. Sometimes a well-worded letter can nudge a decent landlord into thinking it isn’t worth bringing a claim.

Q) I LIVE in a house with my father and young nephew. My dad owns the house but it looks like he will have to go into a care home due to his deteriorating health.

What will happen to our living situation if this happens and should I look at getting put on to the house deeds?

My nephew is in the will for the house but is just three.

A) There are lawful ways your father could gift his property to you, which might stop the local authority from taking your home to pay for his care.

You need to be extremely careful about this, however, as it may be seen by the council as a deliberate deprivation of assets. It may still count the house when considering funding your father’s care.

As you live in the property, there are ways you can protect yourself and your nephew from being forced out. But I would advise you to get legal advice as soon as possible.

You need to get this sorted now, preferably before he goes into a care home. Citizens Advice can point you in the right direction.

Q) IN April I had new decking put in. While the work was going on, contractors left a gap between the patio door and the decking.

One day I forgot about it, stepped out of the patio door and went down the gap, fracturing my knee.

The pain has been horrendous. Being a pensioner and living alone, I’m relying on people for help and taxis to get around, which all adds up. Who is at fault? Is it the contractor or me, as I knew the gap was there? And can I claim compensation?

A) The way you have described what took place, I am confident the workmen are legally responsible for what happened to you.

They created a serious hazard on your property without giving you sufficient warning or leaving a clear sign they had dug out a potentially dangerous hole.

Get in touch with a decent personal injury lawyer (there are plenty of good ones online) and they will help you in bringing an action against the workmen (who should be insured).

You may be entitled to serious compensation and this is already costing you money, so don’t delay.

Q) WE bought an inflatable spa hot tub from Wave Spas, based in Newcastle upon Tyne.

But when we set it up, there was a problem with it not inflating and a leak from a pinhole.

Wave Spas doesn’t appear to have a phone number so I’ve been emailing. But after six weeks we are no closer to getting a resolution.

The firm keeps insisting we prove the fault by video and photos by rubbing washing-up liquid on to the hole to create a bubble.

We have attempted this but due to the location on the liner seam it doesn’t seem to bubble.

Also, it takes a week for each email to be answered and they always ask for the same thing: Videos and photos. I have sent what I can.

A) You’d expected to be chilling in your hot tub all summer but instead were left frothing with frustration. Wave Spas was difficult to deal with, not doing anything until it received the right evidence.

Not only had you sent photos, which you felt showed the problem, you also first raised the fault within 30 days of delivery, meaning you were automatically entitled to a refund or, if you chose, a replacement.

Even after that first 30 days, but within the first six months, it is up to the retailer to prove the product is not faulty, regardless of warranty conditions.

Finally, the company agreed to replace the faulty liner and you were able to lie back in the bubbles and relax. Wave Spas has not commented. 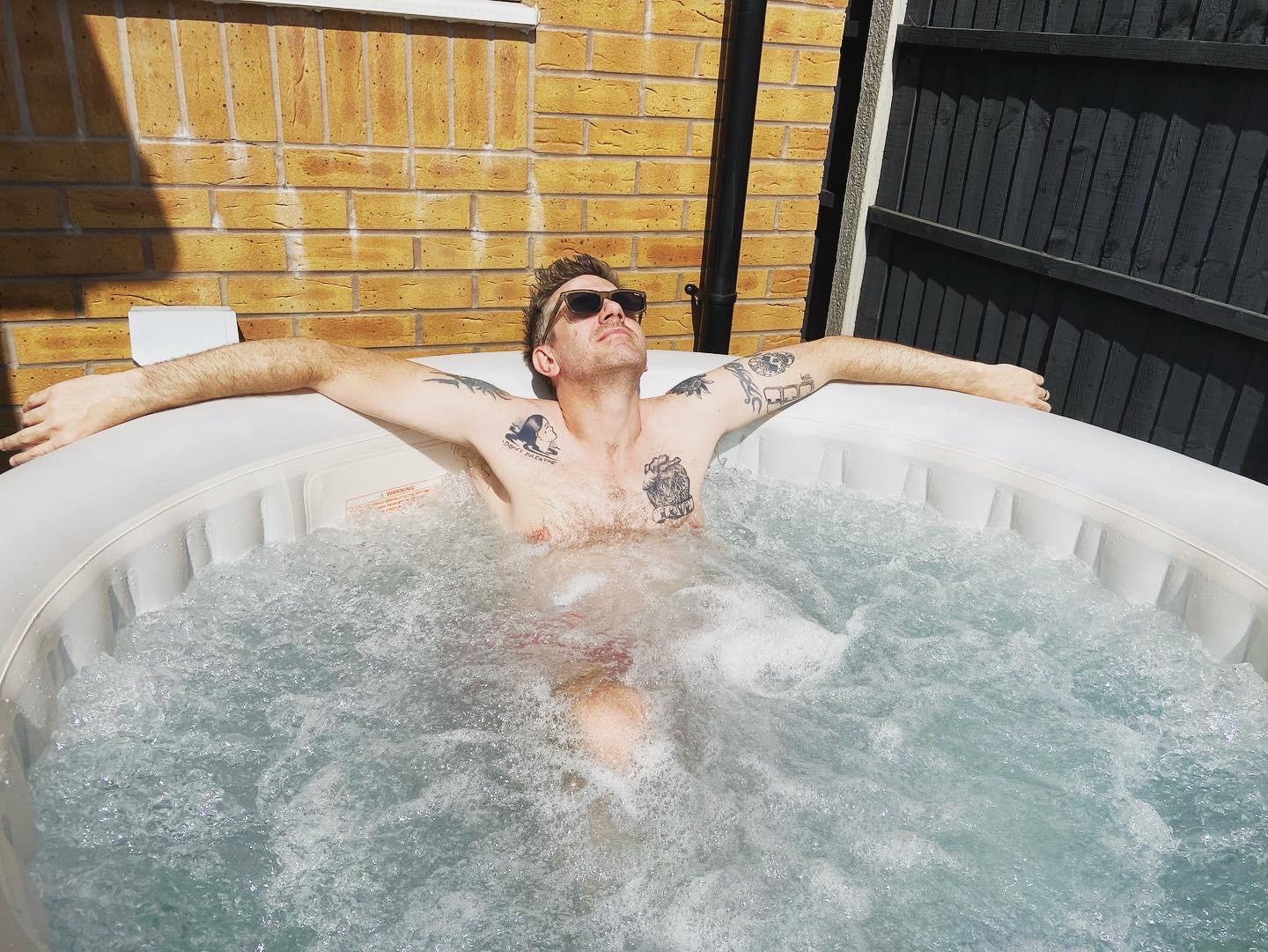 Q) My family and I went on holiday to Spain, booking PCR testing with Randox through our airline. On our return journey we booked our tests within the allocated time, paying £344.

But when we tried to complete the online forms for coming back to the UK, it would not accept the codes – they were invalid. We were due to fly home the next day, so I tried contacting Randox by phone.

But I was in a queue of more than 200 people and my call was disconnected after two and a half hours. I emailed the same day to cancel my contract.

I had to book alternative PCR testing, paying an extra £680. I’ve emailed Randox many times but just get holding messages.

A) There has been a heap of confusion and concern over PCR tests for travel, with some firms rapped for unclear pricing.

This was a different issue but no less serious for you, as you were out of pocket. I contacted Randox and managed to get a refund of the £344 you’d paid. The firm, criticised this month for overflowing “drop-off” test bins, declined to comment on your case.

It has done more than 16million tests. This week, founder, Dr Peter FitzGerald, welcomed the investigation by the Competition and Markets Authority into the testing sector.

15 Opening Lines To Send A Virgo On A Dating App, To Catch Their Eye

BTS: The 1 Habit the Group Has That May Have Helped Them Become Global Superstars