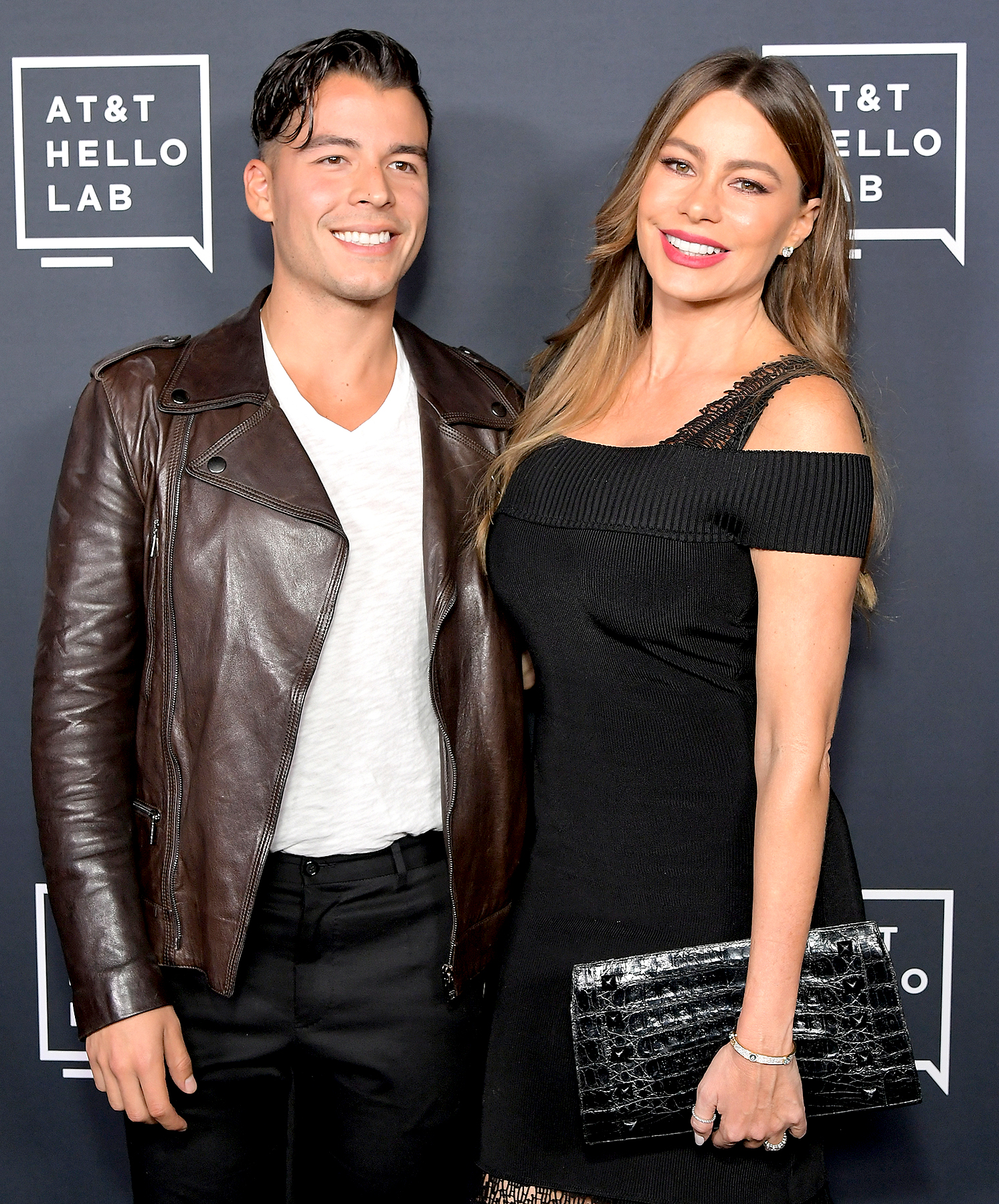 Leave it to Sofia Vergara to throw the most elaborate party for a pup! The Modern Family actress spoiled her son Manolo Gonzalez Vergara’s dog for its birthday on Sunday, December 2.

“My Grandmama’ @sofiavergara throws the best birthday partys!!!” Sofia, 46, captioned an Instagram picture that shows the adorable canine named Baguette wearing a pink shirt and pearls while looking at a table of presents and food — including a character version of the dog inside a large cake.

The Hot Pursuit star also added multiple Stories of herself with the pooch at the bash, including one of her cradling her canine grandbaby. Meanwhile, Manolo, 26, posed alongside his little girl for a photo op. 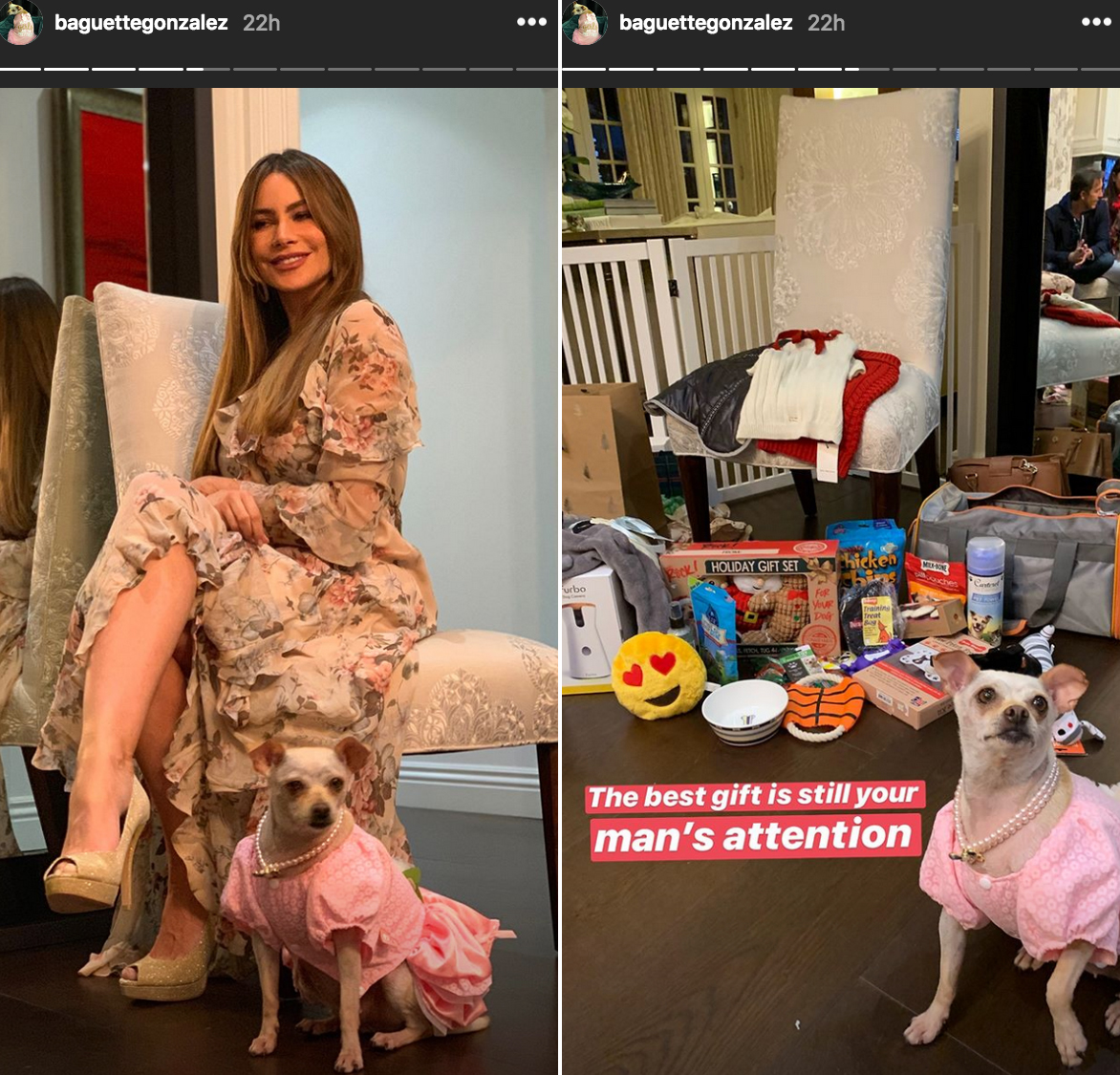 “Sorry I can’t hang out today,” he captioned the pic. “It’s my dog’s birthday. #HappyVerde #MyFavoriteBitch.”

Manolo documented the celebration in a series of Stories, showing his four-legged friend interacting with other humans and pups and indulging in dog-friendly treats. “Cheat day,” he wrote alongside one in which Baguette is chomping down on a pupcake. 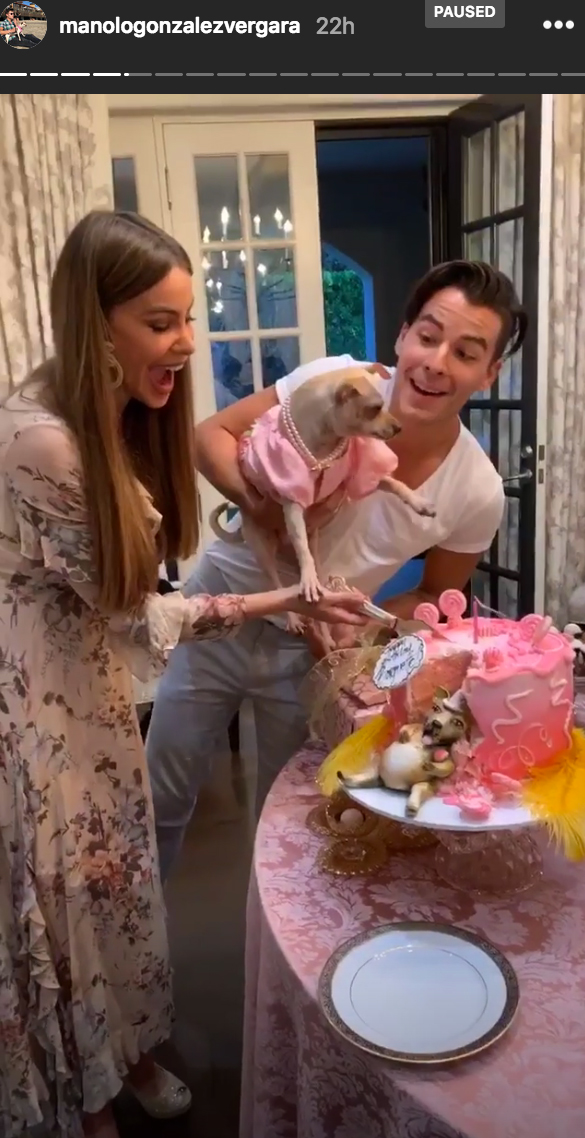 Alongside her son, Sofia helped do the honors by cutting the lucky dog’s huge pink cake. And the fun didn’t stop there, over on the Instagram fan page for Baguette, more pictures from the bash were shared.

“Five is the new three, bitches,” a caption on a series of Instagram pictures read. “Happy birthday to me! #ThisIsHowYouAge #CherHasNothingOnMe.”